A new Lone Ranger movie is being released next month. That brings to mind the masked man’s Chicago connection.

The best-known Lone Ranger was Clayton Moore, a Chicagoan. Born in the city in 1914, he attended Hayt Elementary, then dropped out of Senn High School to become a circus acrobat. In 1938 Moore began working in movies as a stuntman and bit player. By the late ‘40s he’d become a familiar face in low-budget Hollywood epics. 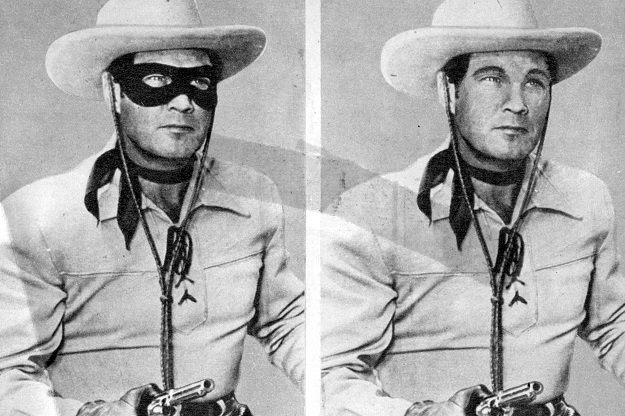 In 1949 the Lone Ranger radio program was making the transition to TV. Moore was cast in the title role because he sounded like the actor who played the Ranger on the radio. The radio guy was considered too bulky to make a convincing action hero.

Clayton Moore made the Lone Ranger role his own. He appeared in 169 TV episodes and two feature films. After the show was cancelled in 1957 he continued to travel the country, making personal appearances.

Moore returned to his hometown for a series of shows in June 1976. He checked in at the Lincolnwood Hyatt. His van was too big for the regular lot, so he was told to park outside. He was concerned about leaving the vehicle unattended, but figured, what could happen in Lincolnwood?

The next morning Moore found the van had been forced open. Several items had been stolen. The biggest loss was an antique Remington firearm, valued at $1200.

“Lone Ranger Robbed in Chicago Suburb!” the headlines read. Moore was livid—“There will be retribution!” he thundered. But the Remington and the rest were never recovered. 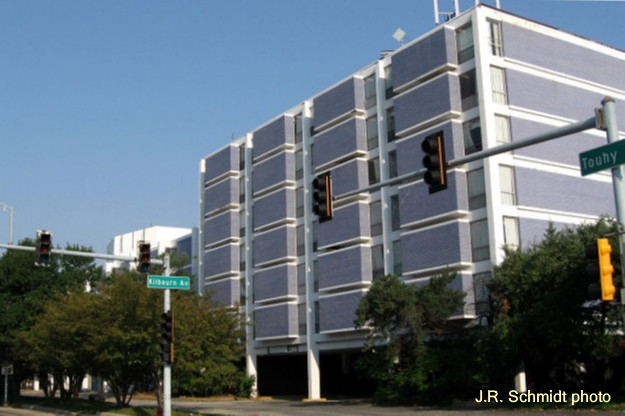 A few years later, the producer of a new Lone Ranger movie got a court order to prevent Moore from wearing his trademark mask in personal appearances. Moore responded by substituting a pair of wrap-around sun glasses. The dispute was eventually settled, and Moore went on as the masked man until his death in 1999.

Why didn’t Depp take the title role? You don’t compete with a legend. The one and only Lone Ranger will always be Chicago’s own Clayton Moore.