The Making of ‘Making a Murderer’

In 1985, Steven Avery was convicted and imprisoned for sexual assault in Manitowoc County, Wisconsin. He served nearly two decades of his sentence before being exonerated on the basis of new forensic evidence. Shortly after launching a multimillion dollar lawsuit seeking compensation for his wrongful detention, Avery was arrested and convicted for a horrific local murder. The ten-part Netflix documentary series Making a Murderer examines both cases, and asks whether and in what ways the criminal justice system has failed Avery over the last thirty years. The series, written and directed by Laura Ricciardi and Moira Demos, has caused an uproar, and the case is undergoing new public scrutiny based on the film’s interviews and narrative heft. The filmmakers tell host Alec Baldwin why the current case against Avery is inconclusive, why they’re disappointed in public statements from officials familiar with the case, and how a decade of collaboration has changed them as professionals and partners. 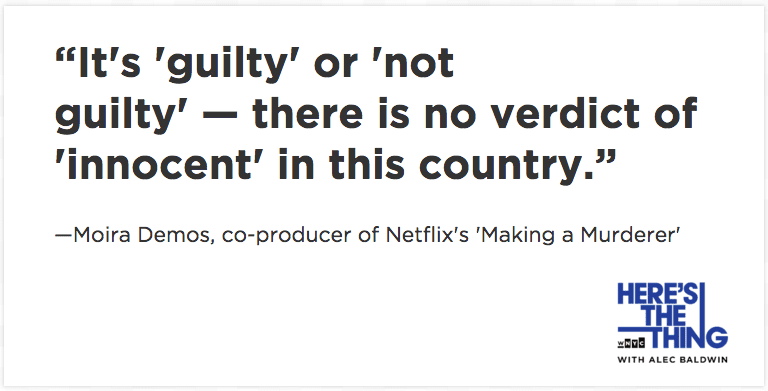