Stanley Porter walked into the Montford Point Marines Association on Chicago’s South Side last week and received friendly ribbing from his fellow veterans. The veterans center has been a long-time fixture in the community, but because of financial troubles, it’s at risk of shutting down.

After falling behind on years of property tax payments, the association is currently hoping and waiting for a reprieve from the Illinois Department of Revenue. After an extension granted on Wednesday, they now have until May to pay their overdue taxes or risk losing the property.

Porter recently gathered with some of the members of the Montford Point Marines Association Chicago Chapter to reflect on their service.

At 97, Porter uses a cane but his memory remains sharp. He remembered joining the U.S. Marine Corps following a presidential directive in 1942 which allowed African-American men to join the service.

Porter said he joined the Marines “to get the recognition as a full American, expand the American dream to what it’s supposed to do. We carried all those inspirations in ourselves,” Porter said. 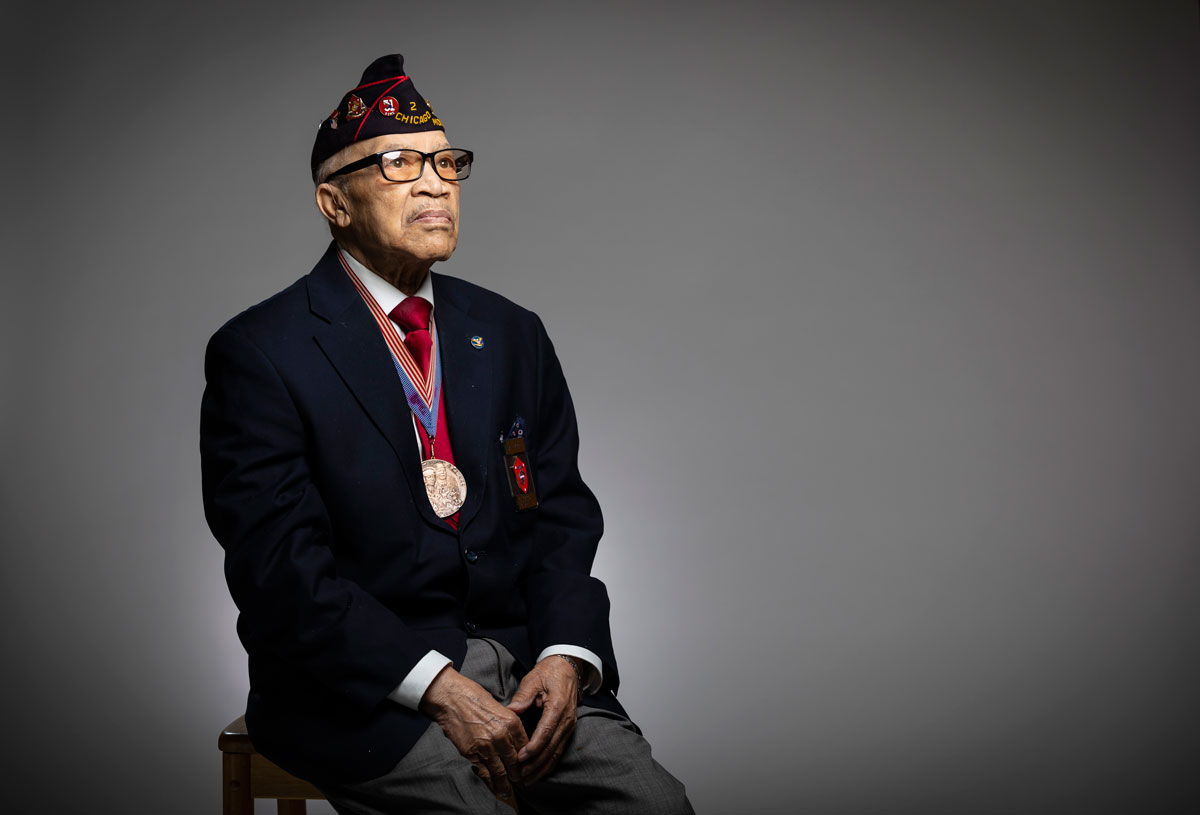