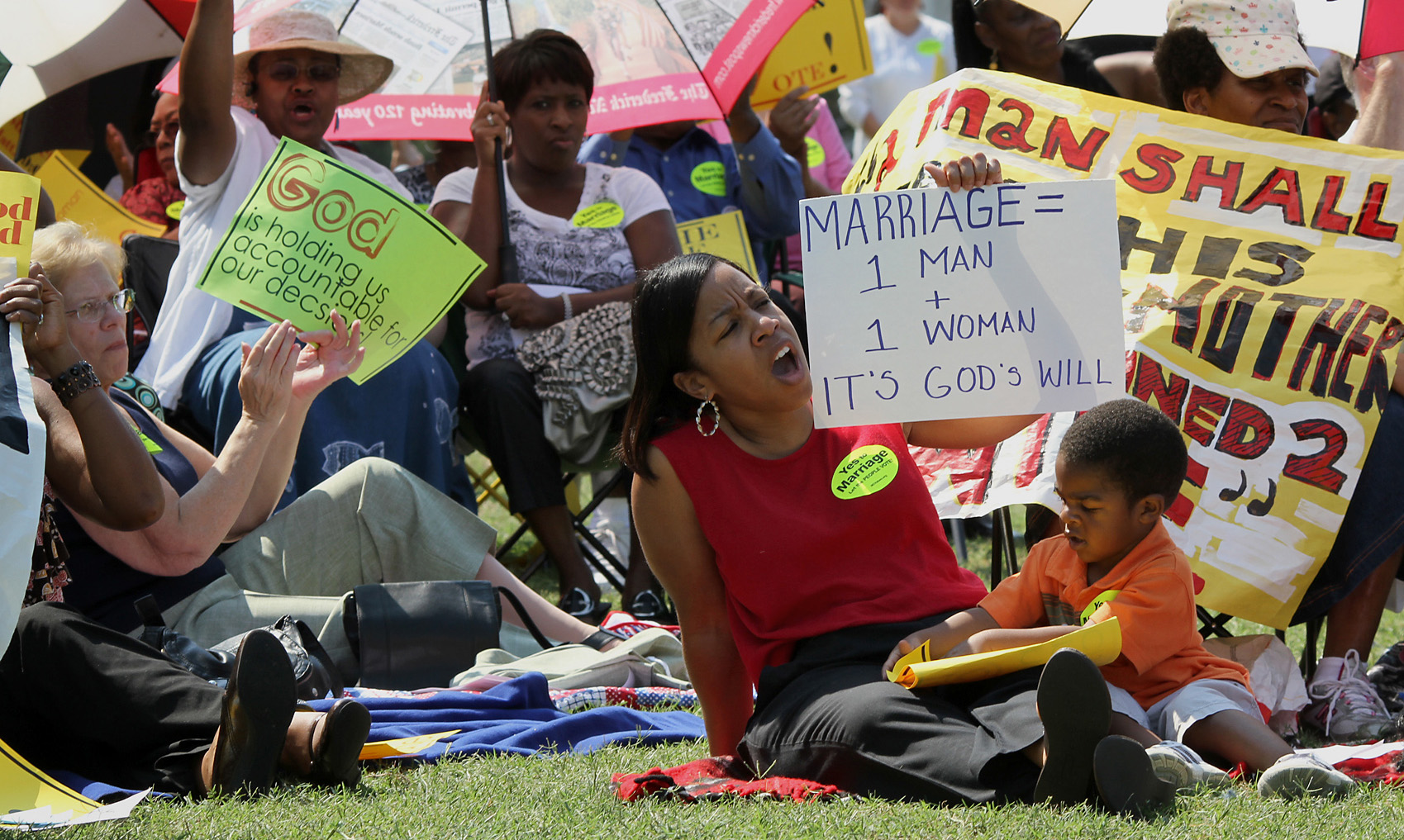 Remember when just about everybody in the Obama administration had evolved to support same-sex marriage?

It was a golden time: Secretary of State Hillary Clinton had transformed from a civil unions supporter in her own presidential run to a full-blown fan of same sex marriage in New York, even giving legal protection to same sex partners in the foreign service. Arne Duncan, the Secretary of Education, stepped up in favor following Secretary of Housing and Urban Development Shaun Donovan’s declaration that he was “absolutely” for it last fall.

And Vice President Joe Biden -- oh yes! For a hot minute, he evolved right past President Obama saying he was not just “absolutely” for it like Donovan, but “absolutely comfortable” about it.

If this is all seems maddening and ridiculous, so painfully clear that no one can believe the Obama folks aren’t already on board for same-sex marriage, consider that this is a campaign of blatant, shameless denial of the obvious. Just yesterday, Mitt Romney, who penned a 2008 New York Times op-ed against the auto industry bailout supported by George W. Bush and Obama titled “Let Detroit Go Bankrupt,” came out with a sense of entitlement to the auto industry’s comeback: “I'll take a lot of credit for the fact that this industry's come back." (Some fellow GOPers were a little taken aback by this.)

So if you’re asking yourself why the Obama administration is even bothering with this very bad mirage about same sex marriage, look at the voting today in North Carolina on the state’s new same sex marriage ban. Called Amendment One, it’s going to go down with a significant margin, probably not breaking 40 percent in support.

And here’s the key: There is significant support from black churches in North Carolina for the ban. To give you an idea how important this is, consider that the African-American population of North Carolina is more than 21 percent.

And, sure, not every black person in North Carolina goes to church, and not every African-American who goes to a pro-ban church is going to vote in line with the pastor and, more significantly, not every black church opposes same-sex marriage. But in a race this close, can Obama afford to alienate the black church?

Because what’s important about the church is not just its ability to influence an issue, but its capacity to organize and drive the vote.

And when you look at the nine swing states the New York Times recently identified as crucial -- not the least concerning because they were all Obama states in 2008 -- at least four (Virginia, Florida, Pennsylvania and Ohio) have significant African-American populations that are best exploited in an election through grassroots organizing.

If Obama comes out for same-sex marriage, he not only gives some African-American pastors an excuse to bail, he will literally force others to sit out the election, no matter how many other more important issues are at play for the black community in this presidential race.

Sure, it’s absurd. Everybody in their right mind knows Obama’s giving the gay community a wink on this. The black churches know it, too. But they need his denial through November in order to help him to a second term.

The LGBTQ community can and should protest this bit of theater. But what Obama and the Democrats know is that if we all don't go along with the script, we will all suffer the consequences of an Obama loss in the fall.