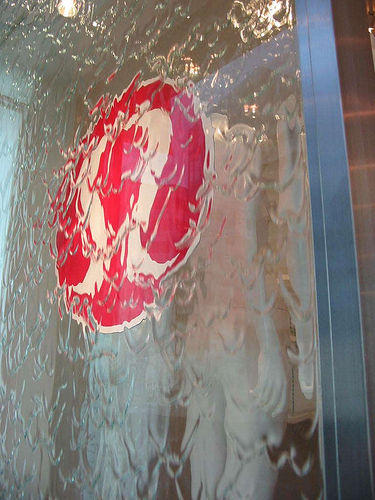 I used to date a guy who absolutely, positively would not shop at The Gap. He simply thought it was evil, to the point that if we were shopping together and I wanted to pop in, he would wait outside the entire time. I found this boycott pretty dumb considering that he did patronize Banana Republic and Old Navy (all part of the same company), but he held firm. The Gap was bad for reasons he could not articulate and he would not shop there.

We broke up (unrelated to this) and now I am married to a man who feels similarly about McDonald’s. No real explanation why — he will eat at Arby’s, Burger King, Wendy’s, any old fast food crap out there when the time calls for it — but not Micky D’s, and, like with the other guy, has no particular explanation why. This perturbs me as sometimes (especially in the morning) I think McDonald’s is the only option. Last summer we went on a road trip and were about to make separate fast food lunch runs: me to McDonald’s, him to Subway (which I boycott myself but for a very good reason: the food has a bland taste in my mouth when I eat it) when we compromised on Sonic and neither of us was happy.

But I am not immune to the steadfastness of the pointless boycott. Last week I asked a girlfriend what she had on her Christmas list, and she said she was hoping to receive some clothes from Lululemon, the ladies’ workout gear store.

“I know why,” she said. “It’s the symbolic clothing of rich stay-at-home moms who have extra money to blow on designer exercise clothing." Which was kind of a sick burn aimed at herself.

It’s not as deep as that, and if it were, I wouldn’t diss my friend like that by saying I thought she looked like an idle jerk. I happen to like workout clothes from Nordstrom and a company called Athleta (owned by the evil Gap) and they’re really no different that I can tell from Lululemon. It’s just that I have decided that this is going to be the one, really stupid and specific way I will resist a particular lady clothing tide. It’s not them or their corporate practices or their clientele or their product; it’s me. I am somehow different and unique this way. A special snowflake, you know?

So, what have you got? What are companies that you refuse to patronize for no good reason?