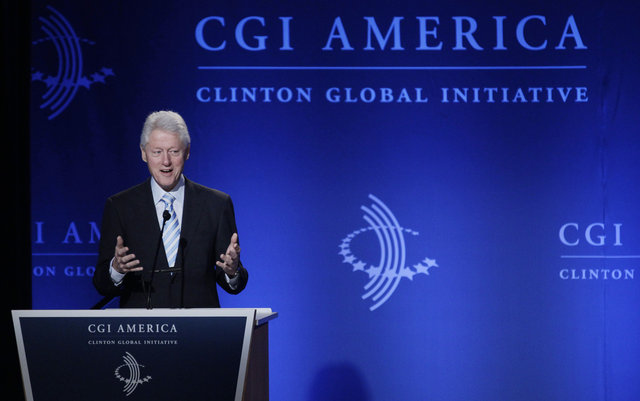 Bill Clinton is no longer the President of the United States, but he is still using the bully pulpit aspect of the office to orchestrate real change in the world.

For the last seven years Mr. Clinton’s day job has been as head of the Clinton Global Initiative (CGI). Richard Stengel, managing editor of Time, refers to Mr. Clinton as “global philanthropist in chief.” CGI has secured almost $70 billion to address some of the world’s most complex and continuous problems: HIV/AIDS, climate change, poverty, children’s health, food production, women’s rights and conflict resolution. In Mr. Clinton’s own words, “ I started the CGI in 2005 to help turn good intentions into real actions and results.” The model CGI uses to affect change is not to raise money per se, but rather to bring world leaders together so that they can share information, examine collective problems, make plans and then agree on “effective and measurable commitments to action.” To date, participants have developed more than “2,100 commitments to action,” which in turn have had a direct impact on the lives of nearly 400 million individuals.

In a recent cover story in Time about this years’ annual CGI meeting held in New York, President Clinton argued that “inequality, instability, and unsustainability” are the three major challenges facing our now interdependent world. Clinton argued that if we do not address the fact that half od the world’s population earns less than $2 a day; that in too many countries women suffer from inferior social, political and economic rights; that totalitarian political rule inevitably leads to violence; and that there is a direct connection between population density, energy use and climate control, then we are collectively casting “a shadow over our children’s future.”

The success of CGI is directly tied both to the prestige of the American presidency, and the energy and commitment of the former 42nd President of the United States. Whether you are a Democrat, Republican, Libertarian, or a member of the Tea Party, we all owe Mr. Clinton a vote of thanks for taking on the world community’s most intractable problems, as well as his commitment to the concept that “the overall arc of human history is for the better.”