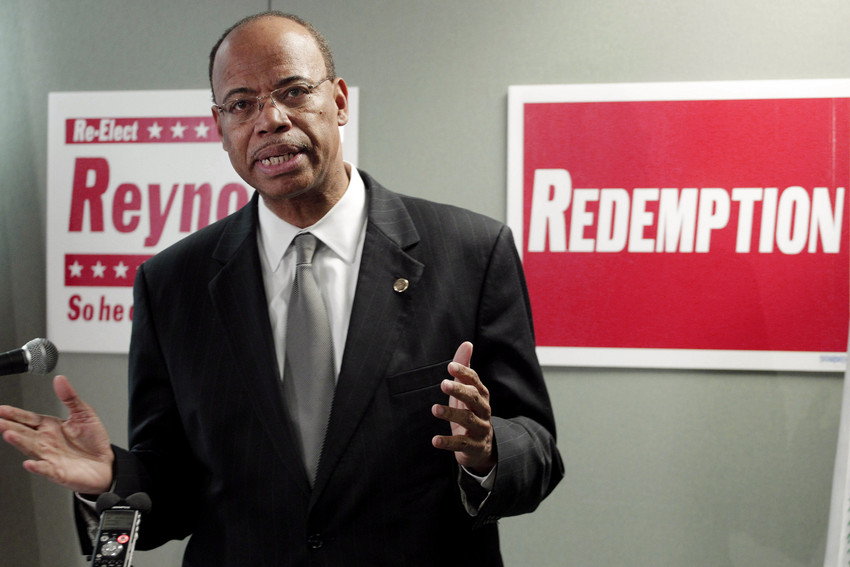 With the resignation of Jesse Jackson Jr. from his seat in the 2nd Congressional District, a growing number of potential candidates are lining up to take his place. It seems that each day the field gets a little larger. And unquestionably, one of the most surprising candidates to throw his hat in the ring is the person Rep. Jackson originally defeated to win the seat in 1995: Mel Reynolds.

In 1992 the young, photogenic Reynolds defeated the then controversial Gus Savage, who had for 12 years run the district as a personal fiefdom. Two years after Reynolds won the seat he was convicted of a series of sexual crimes with a minor; he was also convicted on federal financial and campaign fraud charges.

Now Reynolds wants back in. He says he wants another chance to do the job right. His campaign slogan is straight forward and right on point: Redemption. Reynolds argues that he’s done the crime, he’s done his time, and now it’s time to move on. He maintains that he has the education, talent and experience to do the job. And, he’s hoping that the constituents of the district will recognize that his past crimes shouldn’t be a “life sentence” and vote for him.

I think Reynolds’ arrogance in this matter is stunning! Sexual misconduct with a minor, the solicitation of child pornography, campaign fraud — and he wants his job back! I guess what Reynolds is really hoping for is a case of “total collective amnesia” on the part of the voters of the 2nd District. I applaud Mr. Reynolds attempt at “redemption,” but perhaps that process should be pursued in a more private manner and not in a public venue.

Legally, of course, Mr. Reynolds has the right to seek re-election. Here’s where the “beauty” of our American political system comes into play. He has a right to run, and citizens of his district have a right to vote. So, if his constituents decide that his previous behavior and character are not acceptable to them — they simply don’t have to vote for him. If they don’t believe in his plea for redemption, he need not be publically ridiculed or reviled; he should simply not receive a person’s vote. In voting against any one particular candidate, citizens are demonstrating yet another sacred tenant of our political system: “Every person has a right to their say, but not every person is right.”