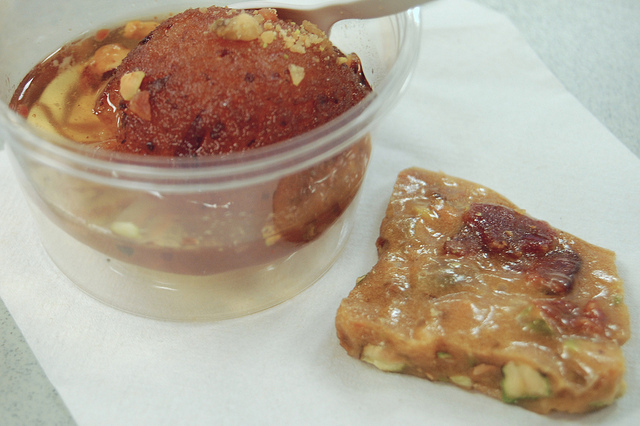 "Whenever you're at a brunch buffet and you see that big metal tray filled with the 4,000 pieces of bacon, don't you expect a rainbow to be coming out of it? 'I found it! I found the source of all bacon!'"

Food-obsessed comedian Jim Gaffigan has a brilliant "Bit of Bacon" and his words speak to the heart—the ever-slowly beating heart—of Baconfest Chicago.

Held this past Saturday at UIC Forum, it wasn't all about piggery. The Baconfest Triumvirate of founders also donated a big $50,000 check to the Greater Chicago Food Despository—and 3,000 Baconfesters brought 2,298 pounds of food for the food drive. But yes, 4,257 pounds of Nueske’s bacon was prepared by 107 restaurants, split into two sessions, lunch and dinner.

I served as a judge again, this year on the esteemed lunch session bacon bench with the Hungry Hound himself, Steve Dolinsky; the Reader's masked Mike Sula; and the hatted David Hammond. After a Sartrean discussion, we chose the winner of the Golden Rasher Award for Most Creative Use of Bacon: Red Butter's Monica Sehgal Sharma and her bacon-chile gulab jamun with bacon-pistachio brittle—a newcomer and underdog. 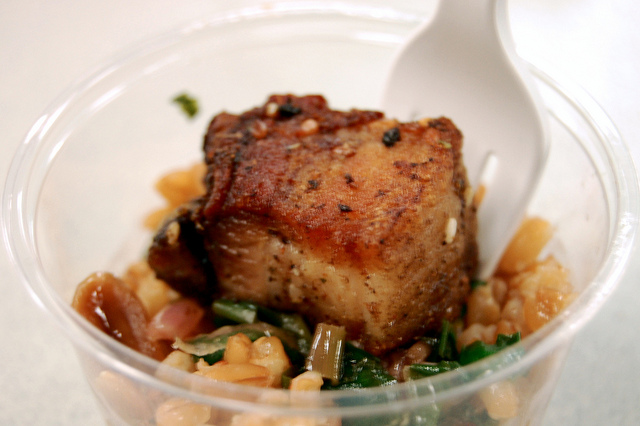 "To improve other food, they wrap it in bacon."
Or lace it with bacon fat, and smother it with a crisp, fatty chunk—as did Big Jones' Paul Fehribach with his take on biscuits and gravy. 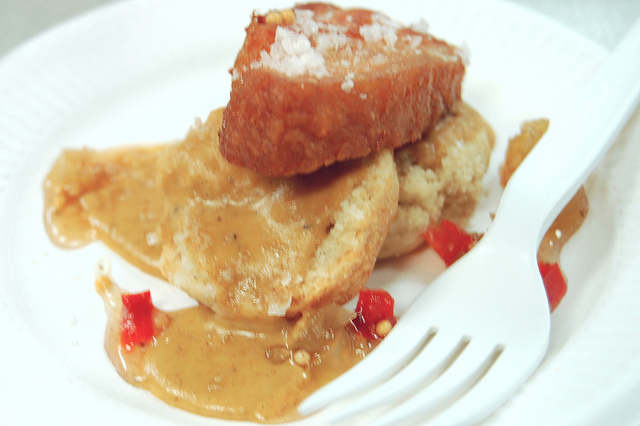 "Bits of bacon are like the fairy dust of the food community...'Not interested in a salad? Bippty boppity bacon!'"
Spacca Napoli's Jonathan Goldsmith redefined bits and salad, and perhaps even fairies. 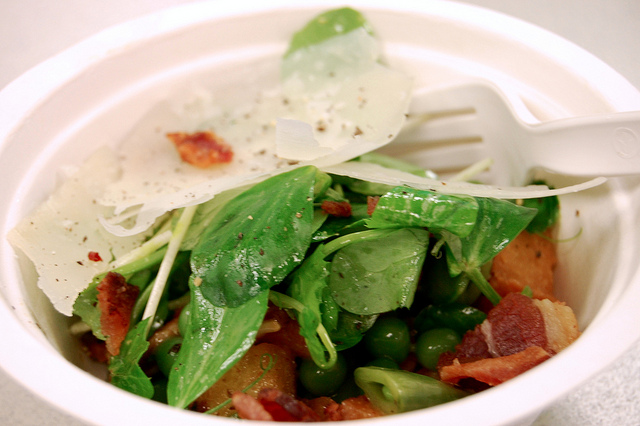 "Not many ways to prepare bacon. You can either fry it or get botulism."
Or make bacon rice crispies, as did Hearty's Dan Smith, with your choice of cereal infused milk (à la Momofuku Milk Bar's Christina Tosi). 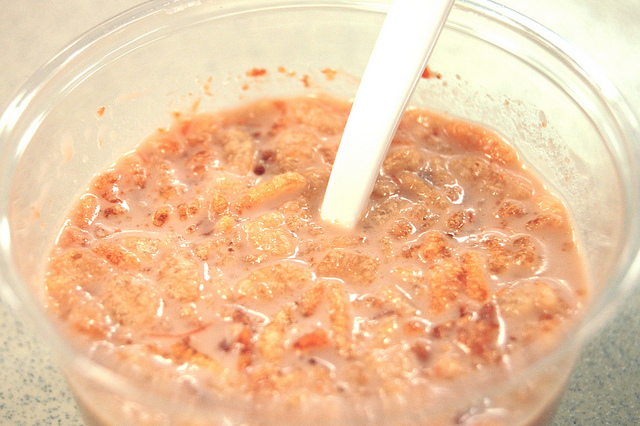 "It's amazing the shrinkage that occurs. You start with a pound, you end up with a bookmark."
No, uh, shrinkage with Moderno's bacon cannoli, opening soon by des Rosiers. 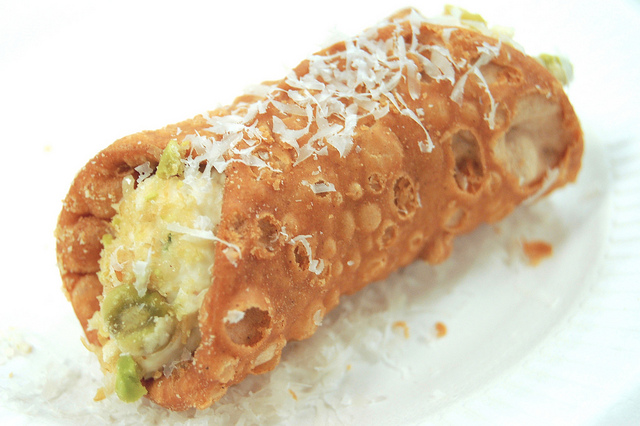 "Really the only bad part about bacon, it makes you thirsty—for more bacon."
Even when hidden in a bacon pancake pop, by Zed451's Kate Milashus. 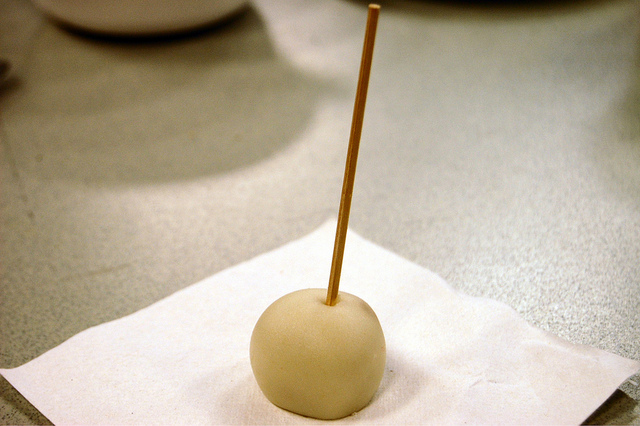 "I never feel like I get enough bacon. At breakfast, it's like they're rationing it."
Definitely no rationing by Lillie Q's Charlie McKenna—or any Baconfesters. See photos of all 2012 dishes here.
The dinner session Most Creative winner was Matt Troost of Three Aces with his Shake ‘n' Bake: a bacon “shake 'n bake” with bacon bolognese and vanilla-bacon-bourbon milkshake. It's available this week as a special at the restaurant.
See the full list of limited edition Baconfest specials here—aka the source of all bacon. 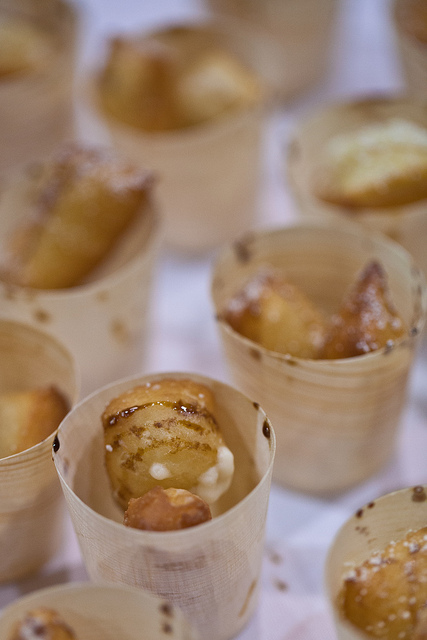