On Wacker Drive in downtown Chicago, the Sears Tower was topped off. Our city now had the tallest building in the world.

Sears had maintained its main office in North Lawndale for decades. During the late 1960s the company decided to build new headquarters. After looking in the suburbs, they chose a centrally-located site, just west of the Loop 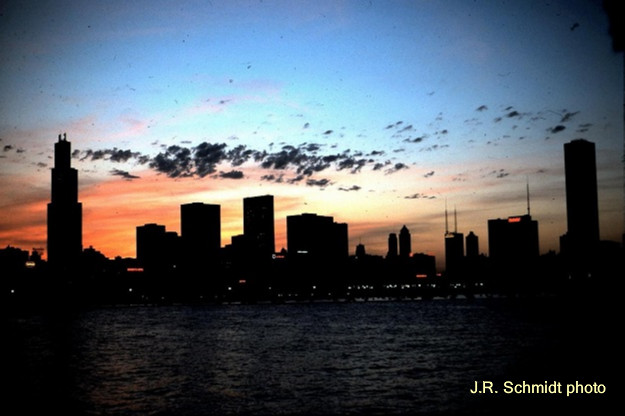 The original plan was to build two separate buildings. That was changed to a single structure, 1,454 feet high. As board chairman Gordon Metcalf explained, “Being the largest retailer in the world, we thought we should have the largest headquarters in the world.”

Construction began in 1970. The foundations were dug, and the steel frame began to rise slowly over Wacker Drive. At the 1,369-foot mark the Sears Tower passed the former record holder, the twin towers of the World Trade Center in New York.

Raw, windy weather nearly postponed the May 3rd topping-off festivities. The ceremonial final girder contained the signatures of the 12,000 people who had worked on the project. The construction chief was worried that the 2,500-pound beam might smash into some windows on the way up. 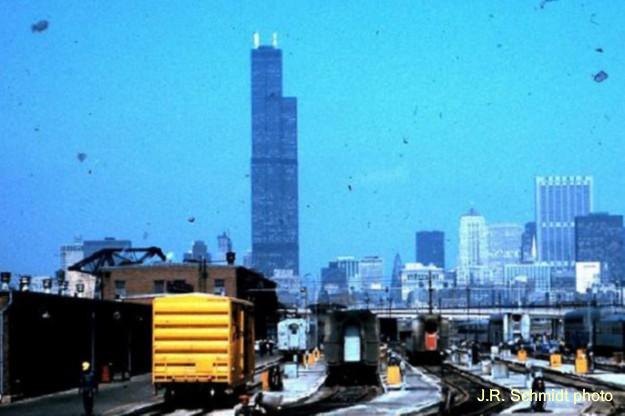 But by show-time a few hundred people had already gathered at the site. Mayor Daley had come to give his blessings. So had Cardinal Cody. The girder was hoisted and set in place.

That was the signal. A chorus of electrical workers called The Tower Bums burst into song, serenading the crowd with such lyrics as:

“She towers so high,

Speeches followed from various dignitaries. Then the mayor brought the proceedings to a close. “I want to thank [Sears] for staying in Chicago when so many are leaving,” he said.  “Sears, Roebuck—a name that means everything to the people of America—has no equal in the business world of Chicago.” 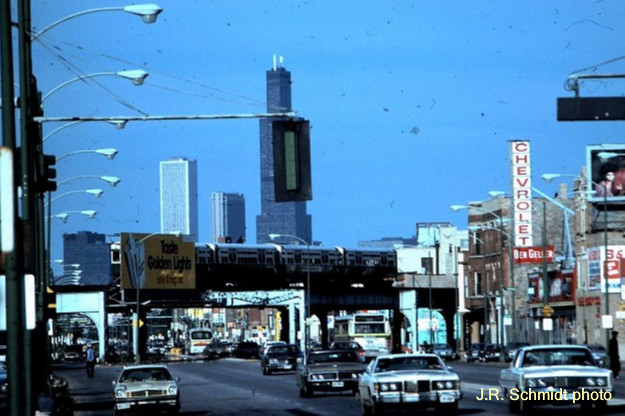 Everyone went home happy. The Sears Tower lifted the spirits of Chicago. Having the World’s Tallest Building helped the city get through some tough years.

Still, records are made to be broken. The Sears Tower kept its title until 1996. Today all the sky-piercing structures are going up in Asia.

Meanwhile, in 1992, Sears again moved its headquarters, this time to Hoffman Estates. The tall building on Wacker is now known as the Willis Tower.