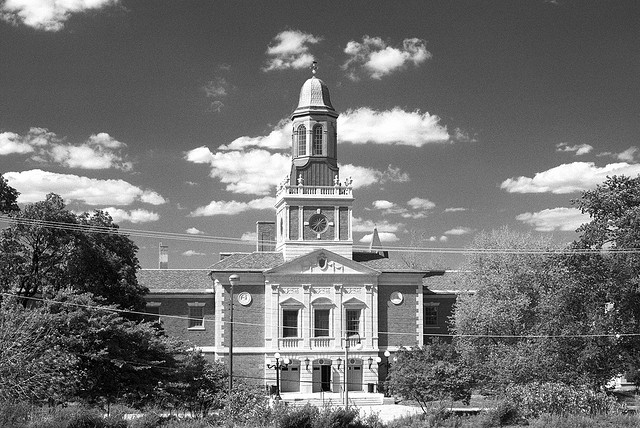 For a large part of my childhood, I straddled the line between city girl and suburban girl. My grandparents, currently living in the Austin neighborhood of Chicago, like to say that they raised me during the first years of my life. I have vague memories of my immediate family’s time in this neighborhood, but I will always remember my grandparents’ home – truly, my second home – in a quiet enclave of the area.

The blocks were long, very long, seemingly neverending. The houses were never small and usually fit somewhere between just right and too much. Later, while living in Oak Park, my friends would never believe that you could stand in the middle of one of the most dangerous neighborhoods in the city and confuse it for the simplicity of the suburbs.

“The houses are just as big,” I used to begin. Thinking about our cramped apartment off Lake street and later, our stucco bungalow, I would add, “Even bigger.”

When you are young, it is difficult to understand one’s hood as anything other than home. I had no concept of Austin’s violence. I remember New Year’s Eve and the wave of gunshots that would go off in celebration. It was a frightening, if not expected reminder that other people existed when the streets get quickly quiet and the sky gets quickly dark at night. In winter, we were kept indoors, kept away from any perceived dangers.

“Do you remember how their used to be shops all up and down Madison?” my mother asked my aunt. We were all gathered around the dining room table at my parents’ home in Oak Park for a final, gluttonous, post-birthday meal.

I looked up. My mother turned toward me.

“It was like we had our own downtown,” she said. “But then the riots happened.” 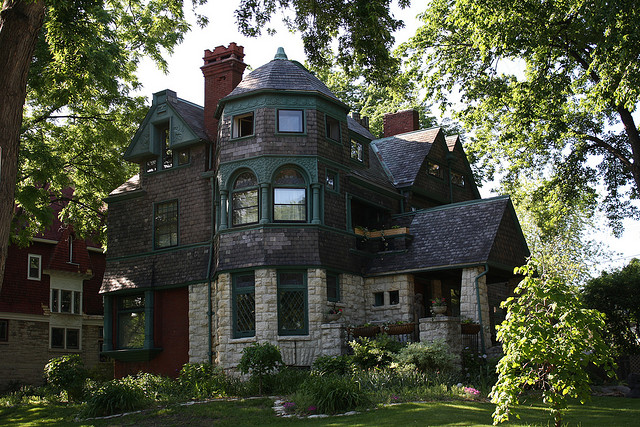 When talking about the neighborhood her family finally settled in after moving around the city after their migration from Tuscaloosa, Alabama, my mother has a tendency to end her statements with, “But then the riots happened.”

Nothing else needs to be said. For her, for many people, there was the “before” and the “after.” The West Side of Chicago, like many black-dominated neighborhoods across the country, never truly recovered from the riots after Dr. Martin Luther King Jr.’s assassination. An older generation is in mourning of what they once knew. A younger generation is in mourning of what could have been. An even younger generation knows no difference at all.

Why do some neighborhoods thrive while others find constant suffering? It is not for lack of effort. The blocks around my grandparents’ home are largely calm and friendly. Just like in my childhood, I still see women setting up snow cone stands in front of their homes. Kids still play with each other, running up and down the block until the weight of the sun and the weight of the day has worn them out. Neighbors still know and speak to each other.

This is more than I can say about where I currently live. I am friends with the women in my three-flat apartment building, but I know no one else on my block. A couple that lives in a condo building next door only pause in my presence to stop their dog from mauling my arm as it has tried to do since I first moved into my building two years ago.

“I was on the couch and had to jump to the floor,” my grandmother once said to me about the incident. This was a comical image in my head at the time, but she gave me this look. This was not the first time it happened, she seemed to be saying. It was the first time she was telling me about it.

The New York Times recently asked if we can tell which neighborhoods are “next” based on their “emergent energy.” I would say yes, this is possible, but also coupled with more practical factors. How close is it to public transportation? What is its proximity to other “good neighborhoods?” Is it safe, or rather, can it be safe? Is its identity too strong to be overtaken by the forces of gentrification? (Because in the end, isn’t a “next” neighborhood almost always about stripping bare its essence?)

Even living in it, one can never know a place truly. There are more pockets of my neighborhood I do not know than ones I do. To write off any one neighborhood is to discredit and discount the people living in it, trying to make it something other than what most see. I can feel that energy in parts of Austin, that spark needed to turn a place around, but sometimes a spark is not enough. If a weak and battered foundation exists, one spark can destroy everything in its path. It is easier to destroy than to build.