Photo by Bryan Thomas for NPR

When you think of Chinese food in the U.S., fried rice, lo mein or General Tso’s chicken may first come to mind.

But a new museum exhibition in New York City is trying to expand visitors’ palates. It features stories of celebrity chefs like Martin Yan and home cooks whose food represents 18 different regional cooking styles of China.

“I think it’s unfair to just classify one Chinese cooking, per se,” says Kian Lam Kho, a co-curator of “Sour, Sweet, Bitter, Spicy: Stories of Chinese Food and Identity in America” at the Museum of Chinese in America. “When you say ‘Chinese cooking,’ it’s like saying ‘European cooking,’ because Chinese food is just too diverse.” 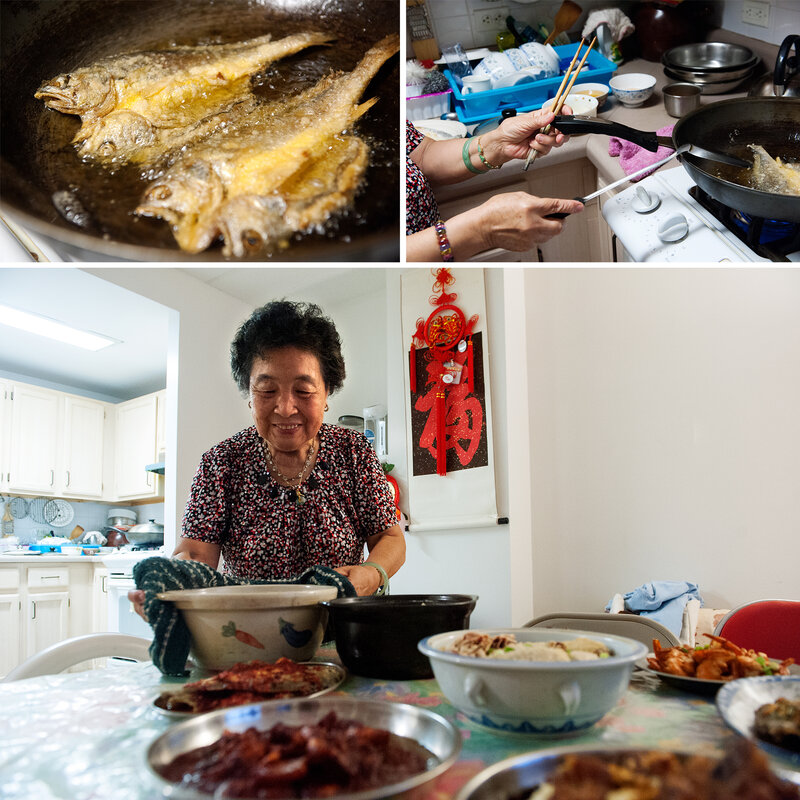 Signature dishes highlighted in the exhibition range from Peking duck to cumin lamb skewers from Xinjiang Province in northwest China.

“Even with the same dish or same cuisine, every family has a different variation,” says Kho, who founded the Chinese cooking blog Red Cook.

That’s why the curators say if you want to taste the full range of Chinese cuisine in the U.S., you’ll need to venture beyond restaurants and into home kitchens, which can play a central role in many immigrants’ lives.

“The kitchen itself is kind of a sphere of comfort when you come to a new country. You don’t understand what’s going on. You can’t find your ingredients. That’s the one place where you set up as your home base, and you cook things that you remember from your past,” explains co-curator Audra Ang, a former Beijing-based correspondent for the Associated Press and author of the book To The People, Food Is Heaven: Stories Of Food And Life In A Changing China. 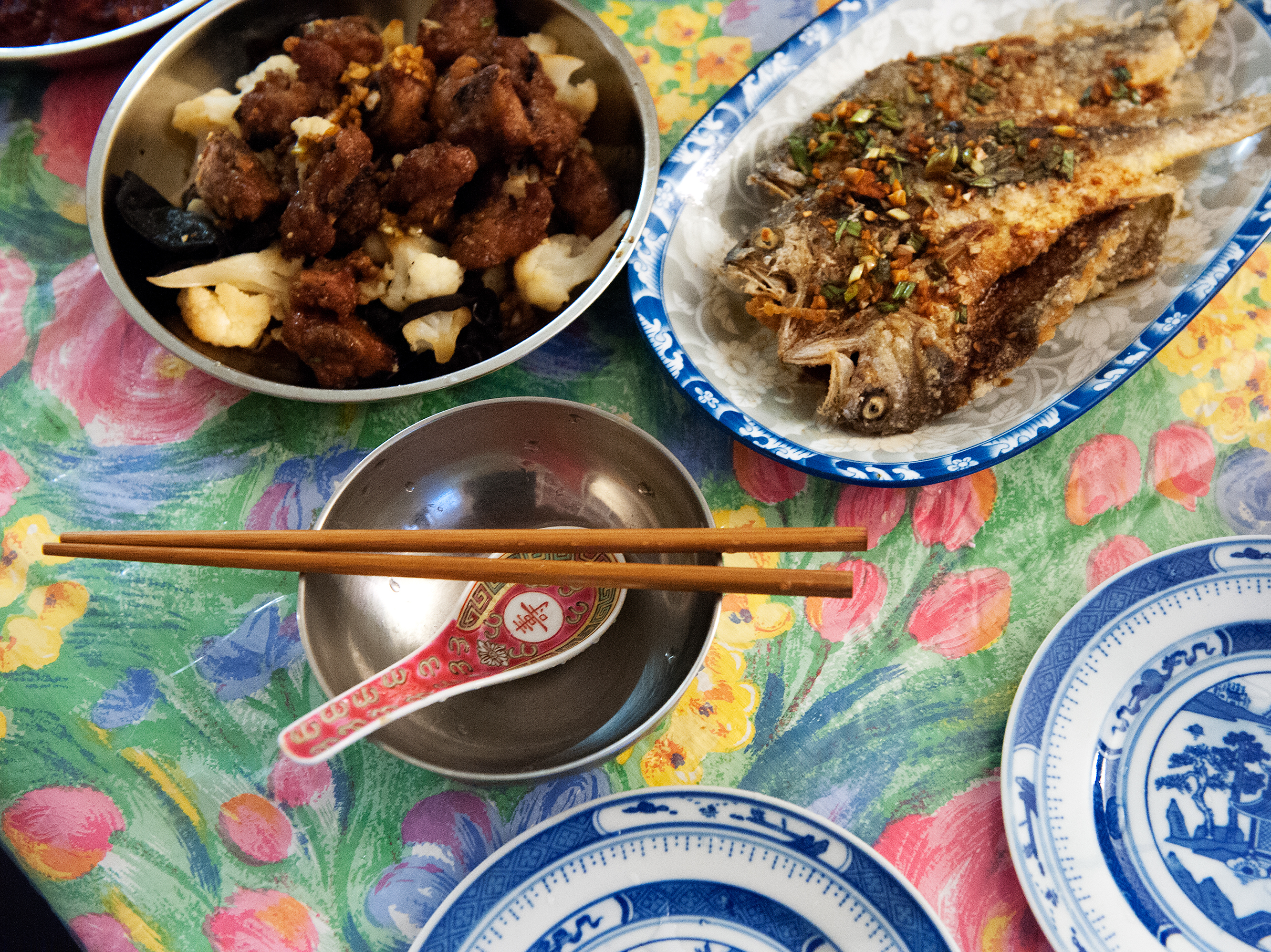 One of the home cooks showcased in the exhibition is Ni Biying, 80, of Manhattan.

Born in Fujian Province along China’s southeastern coast, she left her home country in 1981 and worked as a live-in nanny in the U.S., where she learned to make Cantonese dishes for a family she was working for.

She cooked in other people’s kitchens for years before she could afford to rent a home with her own kitchen. These days, though, you can usually find her shuffling around her one-bedroom apartment in beaded, red slippers as a sweet aroma of vinegar and rice wine floats from her stove.

For Ni, a small dinner for friends and family means whipping up almost a dozen different dishes. She started practicing in the kitchen after getting married. Some of her techniques she learned from her father, who made most of her family’s meals when she was a child.

“I still miss the shredded beef with stir-fried celery my father used to make,” she says in Mandarin. 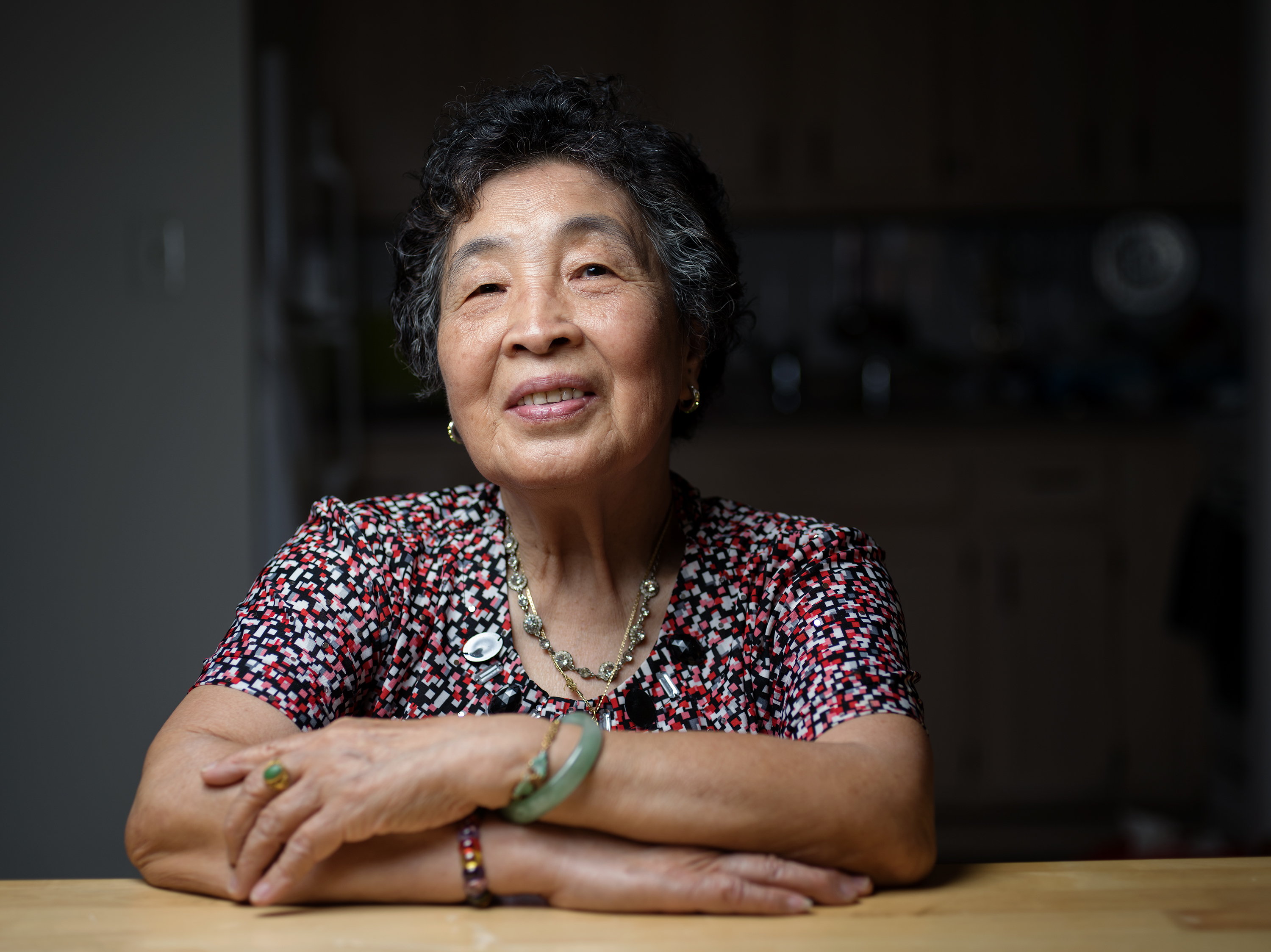 Seafood was a staple for Ni back in Fujian, where she says she would eat fish every day. In Manhattan, she buys yellow croakers from Chinatown to butterfly, flour and deep fry in the wok. Then, she sometimes tops them off with a savory soy sauce mixed with sugar, vinegar, ground pepper and chopped scallions. But her favorite is a burgundy-colored sauce made with red yeast rice wine lees, or wine dregs – a popular ingredient in some Fujianese dishes.

One of her granddaughter Qing Zhuang’s favorite recipes is her soup made with chicken or pork broth and chunks of winter melon, which Zhuang remembers eating on her visits home from college.

“When I eat them, it’s just extremely comforting,” she says.

It’s the kind of comfort food that defines Chinese food for Ni, who has particular tastes.

But food from her hometown of Fuzhou?