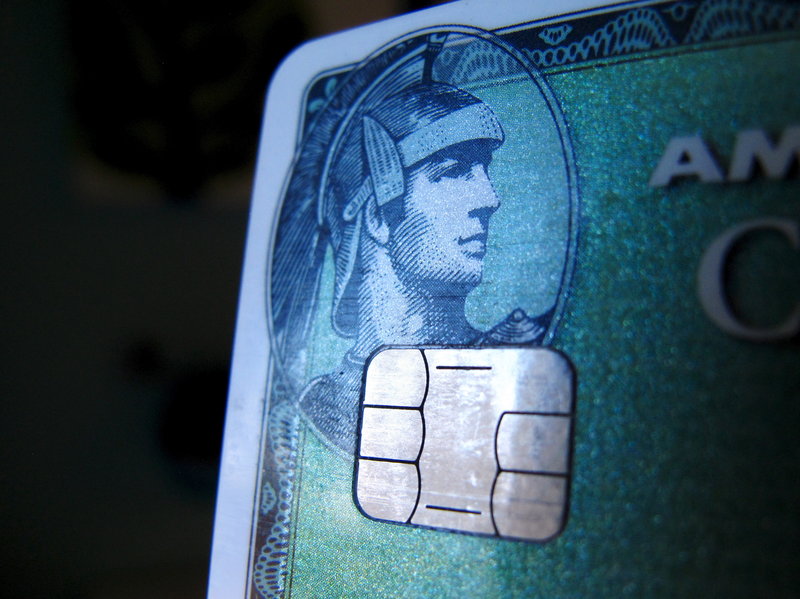 Today is the day — the beginning of the end for the venerable (but woefully open to abuse) magnetic stripe, a technology pioneered in the 1960s. Enter the more secure age of the chip, or "EMV" cards.

At least in theory. It's actually a bit more complicated. Here are three things to know:

Is October 1st the deadline for the switch from magnetic-stripe cards to the chipped cards?

Yes and no. The Oct. 1 deadline was created by MasterCard, Visa, Discover and American Express to reduce or eliminate their exposure to credit card fraud. So, beginning today, merchants, rather than the credit card companies, are liable for magnetic stripe fraud, says Martin Ferenczi, president of Oberthur Technologies, the leading global EMV product and service provider.

(You can read a history of the magnetic stripe here.)

"Consider the example of a financial institution that issues a chip card used at a merchant that has not changed its system to accept chip technology. This allows a counterfeit card to be successfully used.

" 'The cost of the fraud will fall back on the merchant,' Ferenczi says."

So far, 200 million payment cards have been issued with the embedded computer chips in the U.S. ahead of Thursday's deadline, according to the Smart Card Alliance. 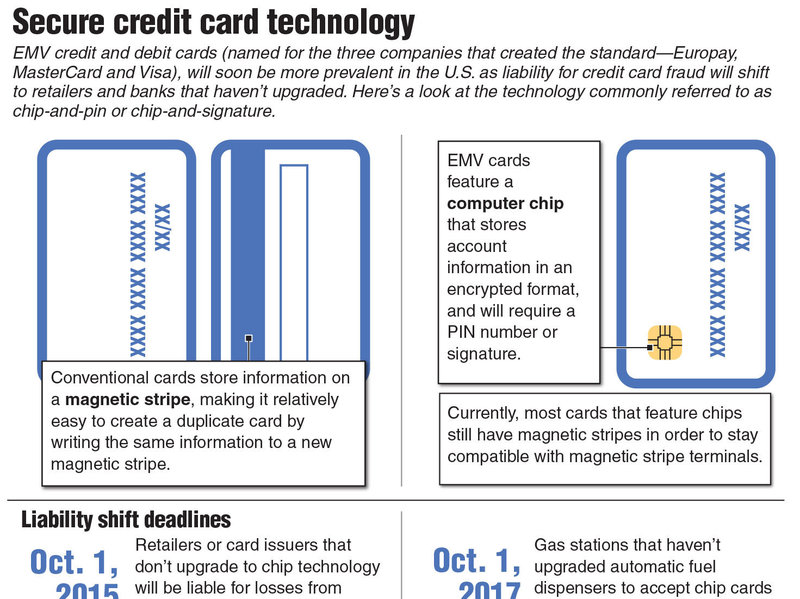 How do I use an EMV card?

It's only a little different from what you're used to doing with your old credit cards. The main change is that you'll be dipping the card rather than swiping it. Think of some of the newer ATMs — dip, then complete the transaction with a signature or a four-digit PIN. Then remove the card and complete the transaction. (Some of the cards are chip-and-signature; others, chip-and-PIN.)

But in practice, it might not be so simple.

"Confusion about the use of the new cards is going to make lines longer during the holiday shopping season because the customer might be confused about how it works," Matt Schulz, senior industry analyst for Creditcards.com, is quoted by USA Today as saying. "The employee at the checkout counter might be confused. And you add it all up and you could end up with some frustrated customers."

Yes. There's a magnetic stripe on the back of the new cards, so that technology will still work with merchants who haven't made the transition.

"[We] know, based on experience in other countries, it takes several years to get to critical mass. So we're seeing Oct. 1 as more of a kickoff toward increasing the momentum toward chip. People will still be able to use their [cards with] magnetic stripes," says Stephanie Ericksen, vice president of risk products for Visa, according to USA Today.