As President Barack Obama prepares to address the country from Chicago Tuesday night, the free tickets are now being sold -- or traded -- online.

A Craigslist search showed plenty of tickets available, including some for $1500 per ticket.

Steve Bernas, president of the Better Business Bureau of Chicago and Northern Illinois, warned against buying tickets to the farewell speech on online marketplaces.

"There's no way to verify these tickets," he said. "Someone will be turned away on Tuesday."

One person on Craigslist claimed they had been scammed.

Tickets to the farewell address were handed out for free Saturday morning in Chicago. Thousands of people waited for hours to get a ticket, including Mike Lawani, a junior at DePaul University.

Lawani said he and a friend wanted to be at the event to witness a piece of history, but they reconsidered when he saw how much people were paying for tickets.

“Although it’s a historical moment, I can sell those tickets, put some of it towards tuition and other projects that I have,” Lawani said.

Not all the offers involve money. One young man with an extra ticket posted in search of a date. 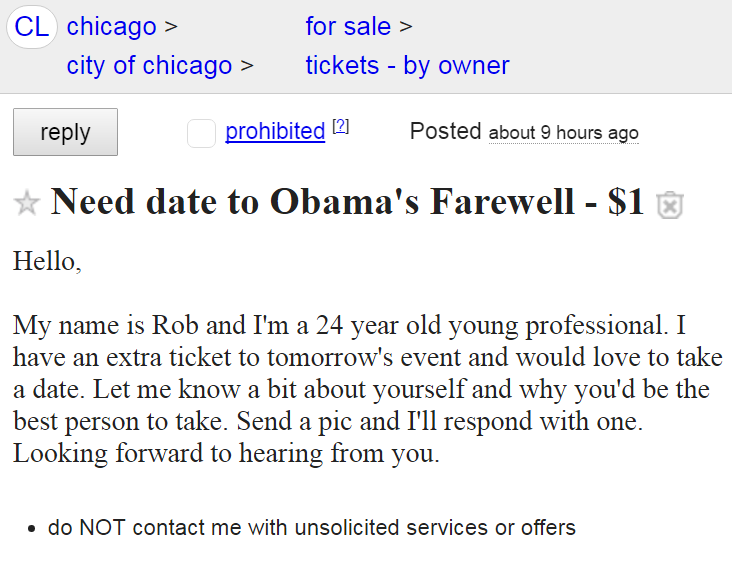 Other Craigslist users solicited creative trade offers in lieu of monetary transactions. At least one offered to trade their tickets to the Chicago production of the musical Hamilton for a ticket to the President's speech. 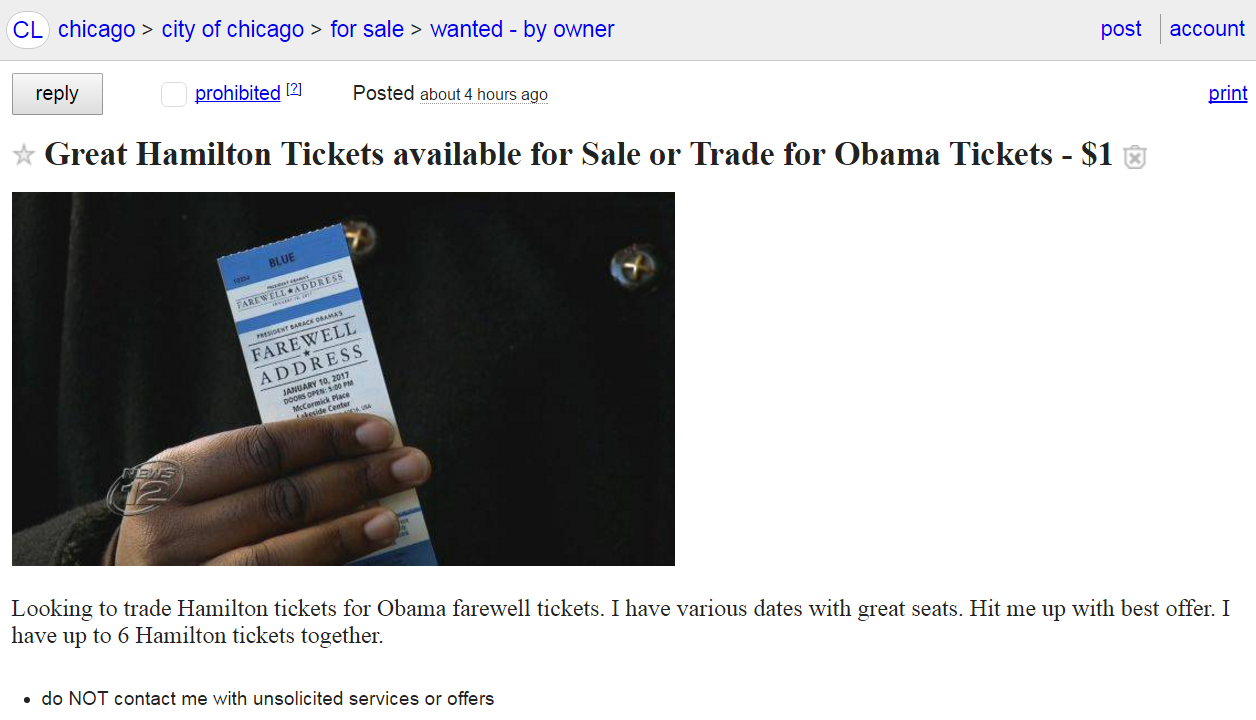 Obama's speech is scheduled for Tuesday night at 8 P.M. CT at Chicago’s McCormick Place. The farewell address will air live on WBEZ 91.5 FM and streaming online at WBEZ.org.