President Barack Obama and First Lady Michelle Obama announced Monday afternoon that they were voting early in the 2012 Presidential Election and, in the case of the First Lady, early and absentee.

According to a statement released by the Obama campaign the pair "are making history by voting early in person and by mail in order to promote the ease, convenience, and importance of voting."

The First Lady sent out this tweet Monday afternoon: 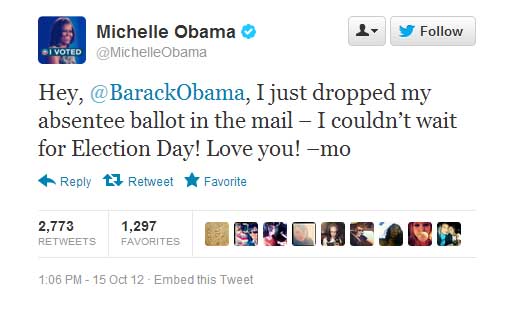 She then sent a photo of herself with her absentee ballot: 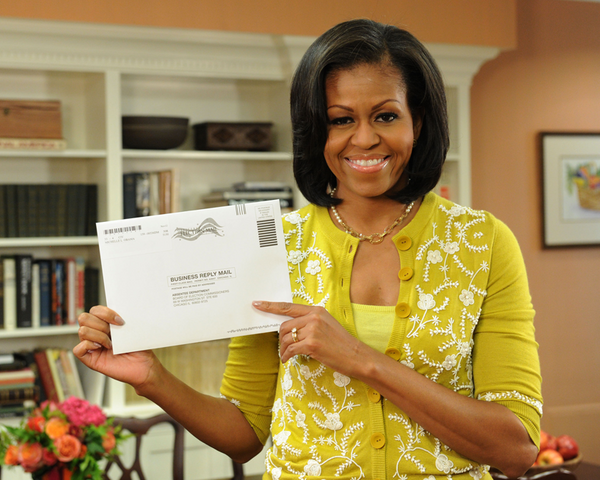 But the President won't be missing out on the typical photo opportunity voting on election day provides candidates election day; he retweeted the First Lady, and noted that he would be voting in Chicago on October 25: 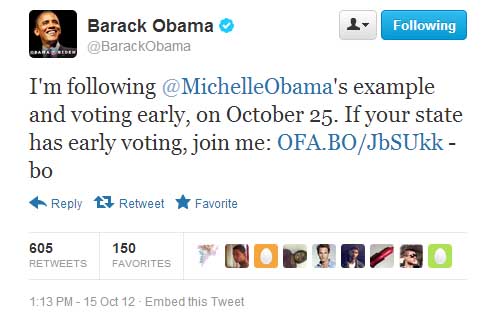 The Obama campaign has put a large emphasis on early voting in this election, as demonstrated in these videos for the campaign targeting swing states like Ohio and Iowa. Early voting in Illinois begins October 22 and ends November 1; voter registration ended October 9.

Since we'll miss the whole family voting together this year, here's a few photos of the pair -- with their children Sasha and Malia -- voting in Chicago at Beulah Shoesmith Elementary School on Tuesday, November 4, 2008. 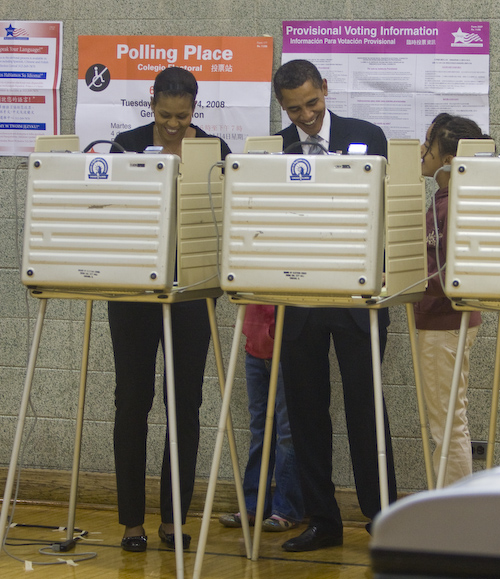 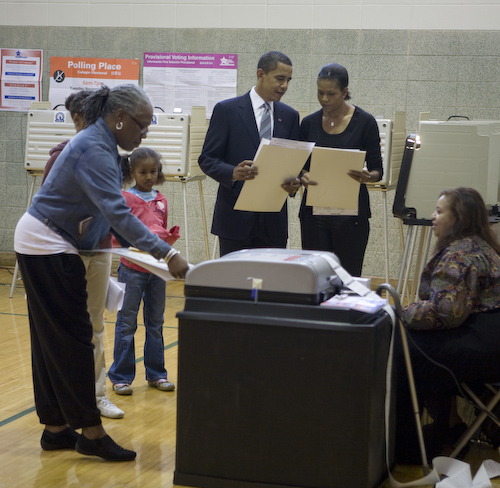