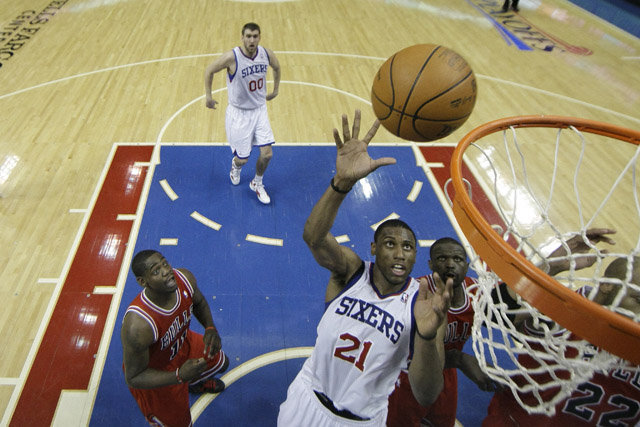 Sports bars may be less crowded now that both the Chicago Bulls and the Chicago Blackhawks are finished/done/gone/on vacation for the summer. Believe me, it will be a long, long summer, as Bulls fans are just putting away their Derrick Rose jerseys.

It wasn’t too long ago that Hawks fans did the same with their Jonathan Toews sweaters. For the casual sports fan, you have to be distinctive about labeling the sportswear, otherwise the fan-police will correct you and think you are, well, not a true fan. Bulls forward Carlos Boozer told me he was given that lesson when he referred to the Toews’ sweater as a "jersey." Boozer quickly learned that he was wrong and was amused by the staunchness of the correction. 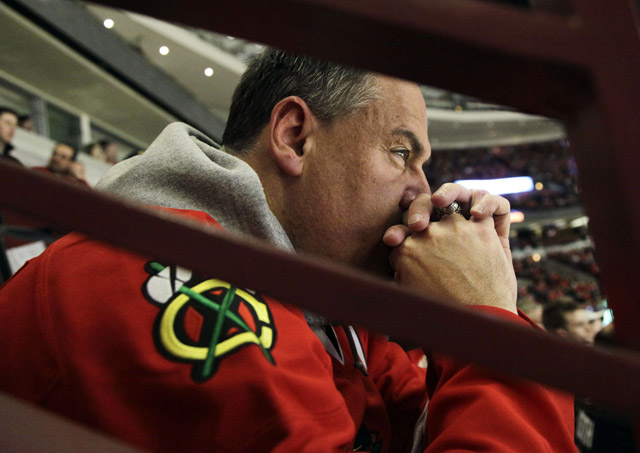 Putting aside the fans’ fashion sense, there is a lot of sadness, anger and shock about early playoff exits by both fan bases. It has been a few years since the United Center has been silent this early. NBA Commissioner David Stern and NHL Commissioner Gary Bettman may not like this sentiment; with both the Blackhawks and Bulls gone from post season, Chicago fans could not care less about who is playing in the post-season, unless they are die-hard fans of these respective sports. (Well, maybe Bulls fans will cheer for whoever opposes the Miami Heat.)

Otherwise, Bulls fans want to argue and commiserate about:

►Should Luol Deng ditch the Summer Olympics for wrist surgery?

►Why CJ Watson didn’t perform well in Rose’s absence? (How could he give the ball to a poor free throw shooter, like Omer Asik, at the end of a killer game 6?)

►Why the fans have, and never will, like Carlos Boozer? (He makes a great deal of money, but he does have some pluses)

►Will and should Tom Thibodeau change his coaching ways?

Believe me, there is more to ponder; this was supposed to be a magical run to a NBA title, something not seen here since Michael Jordan, Scottie Pippen and Phil Jackson rode out of town in 1998.

Blackhawk fans have at least a championship that is only a few years old, but once you have the taste of champagne from Lord Stanley’s Cup you want more. Last season, the Hawks backed into the playoffs, and then lost in the first round to the hated Vancouver Canucks. This year’s early exit was to Phoenix, again bowing out in the first round. At least Jonathan Toews was able to play after missing extended time during the regular after suffering a concussion.

But Hawk fans did see one of their stars, Marian Hossa, get plastered to the United Center ice by Coyote henchman Raffi Torrez. Some fans think that blow was too much for their club. But the regular season showed a bigger concern, their specialty teams (penalty killing and power play) didn’t fare well and it carried it over the post season. Last week, the Hawks addressed part of the problem by firing assistant coach Mike Haviland. But putting the blame on a coach is only a Band-Aid to the problem. There were rumblings that Coach Joel Quenneville would follow his friend, new Canadians General Manager Marc Bergevin, to Montreal. Coach Q dismissed that thought and said he wanted to stay. Blackhawks fans seem to be in the coach’s corner and since the fans are usually "arm chair" general managers, they want the team’s GM Stan Bowman to make changes. 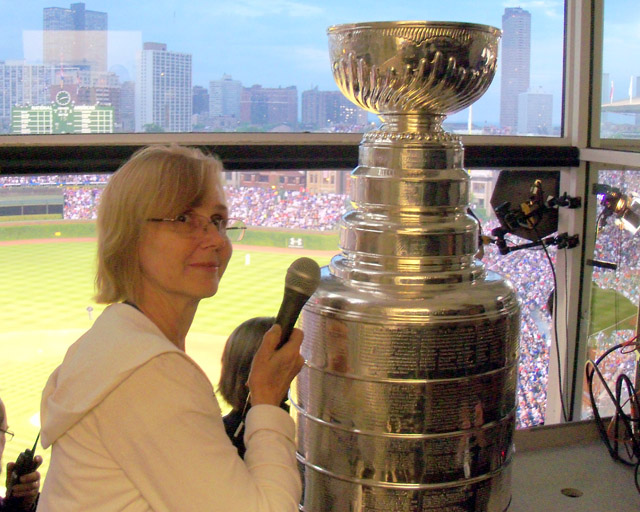 Since there are no games left to be played, Bulls fans will carefully watch the moves that General Manager Gar Forman will make this summer. No doubt Blackhawks fans will do the same with Bowman. Both sets of fans will have to wait till next year. Of course they just have to sit next to a Cub Fan to get instructions since they have applied it for a hundred years.

One personal note, heck, I love covering playoff runs and championships maybe I am feeling rather numb right now.