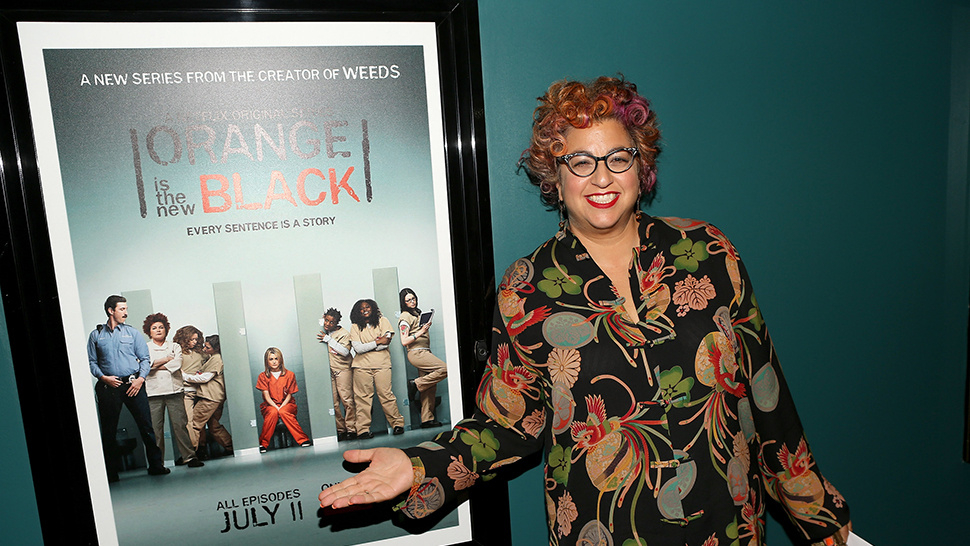 Steven Spielberg may be best known for directing Oscar-winning films such as "Saving Private Ryan" and "Schindler's List," but he actually got his start in television—helming the pilot for a show called "Night Gallery" in 1969, when he was just 23 years old. The star of that show, Hollywood legend Joan Crawford, tried to get Spielberg fired. She did not succeed.
Of course, Spielberg went on to an illustrious career in film, but never forgot his television roots. Under the TV division of DreamWorks (now Amblin TV), Spielberg produced the mini-series "Band of Brothers" and several other shows, including Showtime's "The United States of Tara" and the current CBS thriller "Under the Dome." Another new series, the sci-fi space drama "Extant," will premiere on CBS in the summer of 2014.
But in this day and age, I wonder — would a 23-year-old Spielberg, full of promise, imagination and exciting new ideas— simply decide to stick with TV? Sure, innovation on the small screen is not a recent phenomenon (see Norman Lear's "All in the Family" and Susan Harris' "The Golden Girls"), but with television becoming more high concept and high quality than ever, 2013 is a great time to be running your own show.
The following list is a sampling of the best TV writers and showrunners in the business today. While a few have acheived success outside the realm of television —  like Fey's "Mean Girls" and Whedon's The Avengers" — all have succeeded in bringing unique, compelling and often gorgeously cinematic stories right into our living rooms.

Gilligan is the creator and executive producer of the critically acclaimed AMC drama series "Breaking Bad." He has also written and directed many episodes over the show's past eight seasons, receiving Emmy nominations for his direction of the pilot and the 2012 episode "Face/Off." However, Gilligan got his first big break writing the screenplay for the Drew Barrymore film "Home Fries" while still a student at NYU, then by joining "The X Files" as a writer and later executive producer from 1995-2002.

Before co-creating, writing and producing the hit Netflix series "Orange is the New Black," Kohan was best known for creating the Showtime series "Weeds," which ran from 2005-2012. Before that, Kohan honed her writing skills on shows like "The Fresh Prince of Bel Air," "Mad About You" and "Sex and the City." She also produced several episodes of "Gilmore Girls" and won an Emmy as supervising producer of the Tracey Ullman sketch comedy series "Tracey Takes On..."

Fey has the distinct honor of being the first female head writer at Saturday Night Live, which segued nicely into her role as creator/writer/producer/star of the NBC comedy "30 Rock." Now, Fey is gearing up for another show that she recently sold to NBC — a yet-untitled comedy she will be executive producing with Robert Carlock, who also co-produced "30 Rock." A highly-anticipated "Mean Girls"musical is also in the works.

As a former beat reporter in Baltimore, Simon's insider knowledge of city politics and corruption made his HBO drama series "The Wire" one of the best shows on television. Simon served as executive producer and head writer of "The Wire" for all five seasons. After the show's cancellation in 2008, Simon adapted the non-fiction book "Generation Kill" into an HBO mini-series. He also co-created the current HBO series "Treme" with Eric Overmyer, which will begin its fourth and final season in December.

Whedon began his career as a television wunderkind by writing for shows like "Roseanne" and "Parenthood," then swiftly transitioned into making his own. He is the creator of the iconic cult series "Buffy the Vampire Slayer," "Angel," "Firefly" and "Dollhouse," all of which have earned him a devoted fan following of "Whedonites." Whedon is also the co-writer of the first "Toy Story" film, writer/director of "Serenity" (a cinematic continuation of his short-lived TV series "Firefly"), co-writer and producer of the 2012 horror film "Cabin in the Woods" and writer/director of the third-highest grossing film of all time, 2013's "The Avengers." His new Marvel TV show, "Agents of S.H.I.E.L.D," is set to premiere on ABC in September.

When Kaling first began as writing for the NBC's "The Office" at age 24, she was the only woman on a staff of eight. Eventually she stepped into the onscreen role of Kelly Kapoor, while continuing to write and direct episodes until the comedy series' end in 2013. Now, Kaling serves as the co-writer, producer and star of her own show, "The Mindy Project," which will return for a second season this fall. The popular Fox sitcom, which won the 2012's Critic's Choice Award for Most Exciting New Series, also makes Kaling the first South Asian-American woman to be the headliner of her own network television show.

David is best known as the head writer and executive producer of "Seinfeld" from 1989 to 1998, and as the co-creator alongside Jerry Seinfeld. But in 2000, David stepped out on his own with the HBO series "Curb Your Enthusiam," a mostly-improvised comedy in which David played a fictionalized version of himself. The show lasted eight seasons, and won David the Golden Globe for Best Television Series — Musical or Comedy in 2003.

After starting out as a staff writer for shows like "Roseanne" and "Veronica's Closet," Palladino created the beloved mother-daughter dramedy "Gilmore Girls," which ran on The WB and later The CW. from 2000-2007. She also created the delightful ABC Family series "Bunheads," which was cancelled after only one season in 2013. What's next? Hopefully, more of Palladino's trademark snappy dialogue and master-shot filming style in a new arena.

C.K. began his television career as a standup comic and comedy writer for late-night talk shows, but in 2009, he made a rather unorthodox deal to bring his semi-autobiographical comedy series "Louie" to television. He accepted the modest offer of $200,000 to a pilot with FX over prospective production deals with larger networks, because the FX execs allowed him full executive control of the show. "Louie" is shot on a red camera setup, and C.K. edits many of the episodes on his personal laptop. In addition to starring, C.K. has served as the series' sole writer and director for going on four seasons.

Rhimes has come a long way since writing the screenplays for "The Princess Diaries 2" and the Britney Spears vehicle "Crossroads." Now, Rhimes serves as the creator, head writer and executive producer of three ABC television series: the long-running medical drama "Grey's Anatomy" (now gearing up for its 10th season), the "Grey's Anatomy" spinoff "Private Practice" (which ran from 2007 to 2013) and the current smash hit "Scandal." On the horizon: a new ABC series in development called Lawless, revolving around the true story of a female truck driver-turned-lawyer.

At just 25, Dunham created the HBO juggernaut "Girls." She also plays the lead role of Hannah Horvath, in addition to serving as the series' head writer, co-executive producer and sometimes director for two wildly successful seasons (the third season of "Girls" is currently shooting in New York City). And although Dunham's first big break came as the auteur of the 2010 indie film "Tiny Furniture," she has firmly cemented herself as a TV sensation, earning two Golden Globes and a showering of critical praise for "Girls" as the millennial answer to "Sex and the City."

Sorkin may not be the most recognizable face to the average viewer, but his reputation as an Emmy Award-winning writer and TV series creator is well-renowned. His list of television credits includes "Sports Night," "The West Wing" and "Studio 60 on the Sunset Strip," in addition to his current lightning-rod HBO drama, "The Newsroom." Sorkin is also a celebrated screenwriter ("The American President," "A Few Good Men") and in 2011, his electrifying script for David Fincher's "The Social Network" earned him an Oscar for Best Adapted Screenplay.

Who are your favorite TV writers and showrunners?

Leah Pickett is a pop culture writer for WBEZ and co-host of Changing Channels, a podcast about the future of television. Follow Leah on Facebook, Twitter and Tumblr.