CHICAGO (AP) — The CEO of United Airlines assured shareholders Wednesday that the company is doing all it can to be more customer-friendly since video surfaced of a passenger being violently ejected from a plane last month.

At the company's annual meeting, Oscar Munoz mentioned the April 9 incident at least a half-dozen times. He vowed to "redouble our efforts to be more customer-focused in everything we do."

On the streets outside, food handlers, baggage workers, cabin cleaners and other employees of United contractors demanded higher pay. About 30 were taken into custody and cited after blocking traffic and refusing police orders to move. 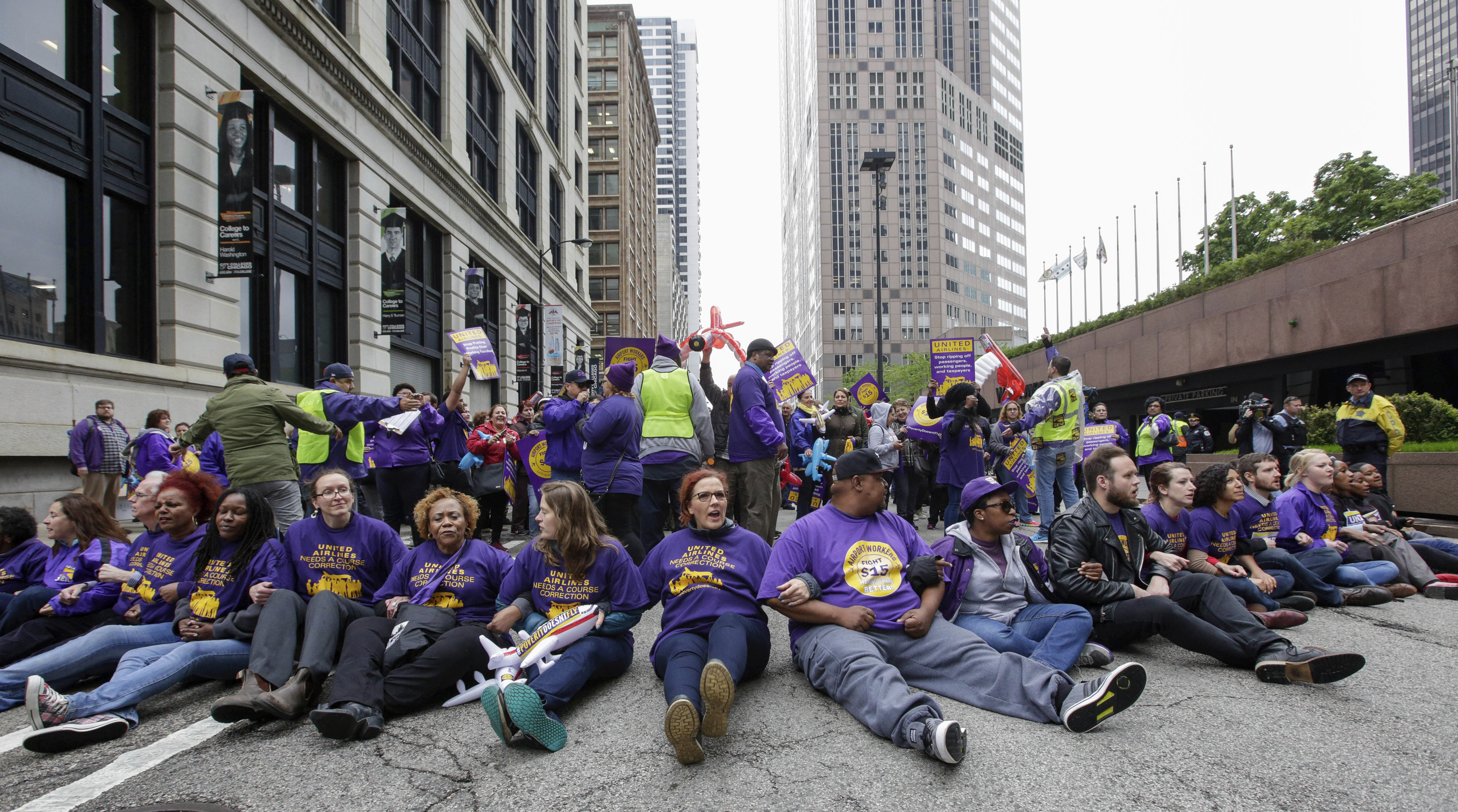 Inside the meeting at United's headquarters, shareholders approved all 13 directors nominated by the board plus two labor representatives, and an advisory measure on executive compensation, according to the company.

Shares of United Continental Holdings Inc. hit a new 52-week high on Wednesday. They have even gained more than 10 percent since 69-year-old David Dao was injured by Chicago airport security officers who were called to remove him from an overbooked United Express plane.

United reached an undisclosed settlement with Dao and announced several new policies, including a vow to never remove passengers from planes because the flight is overbooked.

"I don't ever want that issue to be gone and behind us," Munoz said. "It always has to be a constant reminder of what we can and do better on."
In past years, United's unions have used the annual meeting to criticize management. But with recent contracts, the airline is enjoying relative peace with those workers.

Contract employees, however, complain that they are being underpaid, and some of them took to the streets outside the meeting in the landmark Willis Tower, formerly known as the Sears Tower.

Darlene Navarro, a 37-year-old airplane cabin cleaner, said that after a year on the job she makes $10.50 an hour.

"It is very hard to pay rent, bills, and we're not even talking about groceries," the single mother of three boys said through a translator. "We should get more. Because of us they can operate."

On the stock market, United was the best performer among the biggest U.S. airlines in 2016. Despite the negative publicity, United's shares have gained another 8 percent this year, second only to Southwest's 18 percent increase.