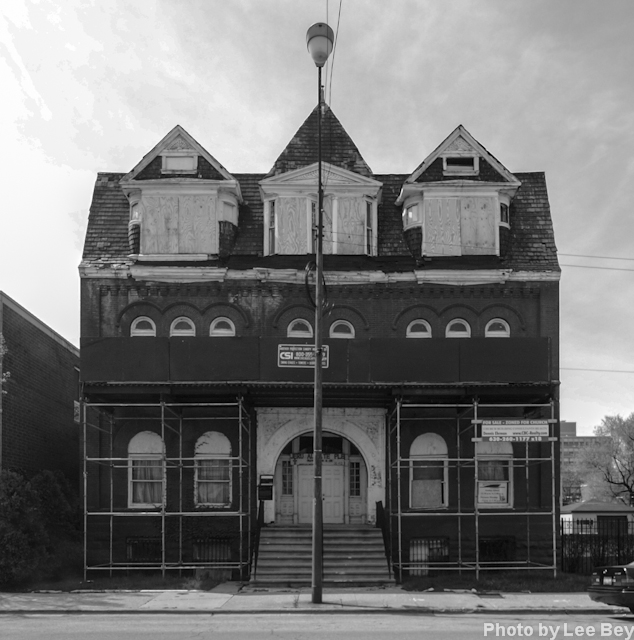 Looking at two buildings on the "most endangered buildings" list Preservation Chicago released this month, I paused at the irony:

In the Six Corners area on the North Side, a ministry wants to buy and sink millions into the Portage Theater--even though the theater is viable and functioning as...well... a theater. But on the South Side's, the historic 125-year-old Unity Hall has been used as a church for decades and is listed for sale at $225,000, but can't draw a congregation who can fix it up.

Until it can, Unity Hall, 3140 S. Indiana, waits there empty, its facade hides behind a mask of protective scaffolding; its upper windows shuttered as if in shame.

And there is something shameful about a building like Unity Hall falling into such neglect. The building is a city landmark--the bronze plaque sits right beneath a mailbox at the top of the front steps--and is listed on the National Register of Historic Places. As a protected city landmark the vacant hall can't be easily torn down. But the building could fall prey to "demolition by neglect," in the words of Preservation Chicago, taking down an important piece of Chicago history with it. 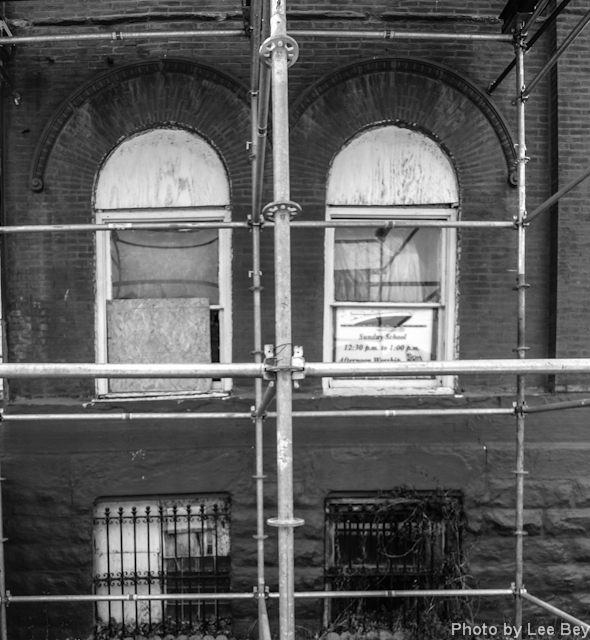 Built in 1887 as the Lakeside Club, a Jewish social club, the building has a distinguished later history beginning in 1917 as Unity Hall, home of a black political organization called the People's Movement Club. From behind the building's sober Queen Anne exterior, Oscar S. DePriest formed a powerful political operation that made him the first black person elected to the U.S. House from a Northern state and made politicians of every color recognize, if not court, the black vote in Chicago. The model continued until the 1960s under DePriest's successor U.S. Rep. William L. Dawson.
A deep building with meeting rooms and an auditorium that seats 500, Unity Hall was also used for other public gatherings before being converted into a church after World War II. The Moorish Science Temple of America operated an auxiliary at Unity Hall in the 1920s and held its week-long national convention there in 1928: 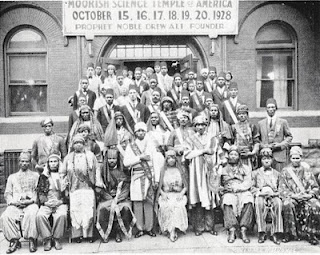 The gathering of people outside Unity Hall's entrance starkly contrasts with the scene outside the building last weekend. 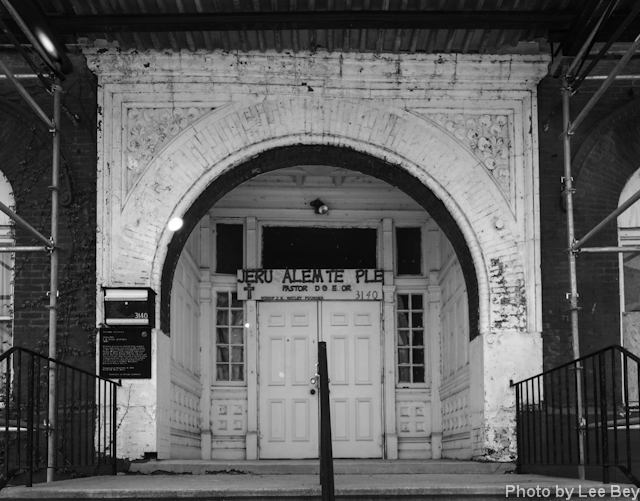 Unity Hall is one of eight buildings and a monument that compose the National Register's Black Metropolis historic district in Bronzeville. Most of the buildings, including Unity Hall, were in peril or in demolition court when I wrote about Bronzeville preservation efforts 16 years ago as Chicago Sun-Times architecture critic.

Today things are significantly better for almost all of the buildings because residents, the city and other institutions rallies around them. The once-battered Eighth Regiment Armory at 35th and Giles--the first armory in the country built for a black regiment--is now the restored Bronzeville Military Academy. At 37th and State, the Art Deco former home of the black-owned Chicago Bee newspaper is public library. The tattered but historic "Colored Man's" Wabash YMCA is now a sparkling, functioning Renaissance Apartments and Fitness for Life Center, serving the community. The Supreme Life Insurance Building at 35th and King Drive was restored to its original 1921 glory and is a mixed-use building that includes a bank, offices and the Bronzeville Visitor Information Center.

Time will tell if Unity Hall has a prayer.