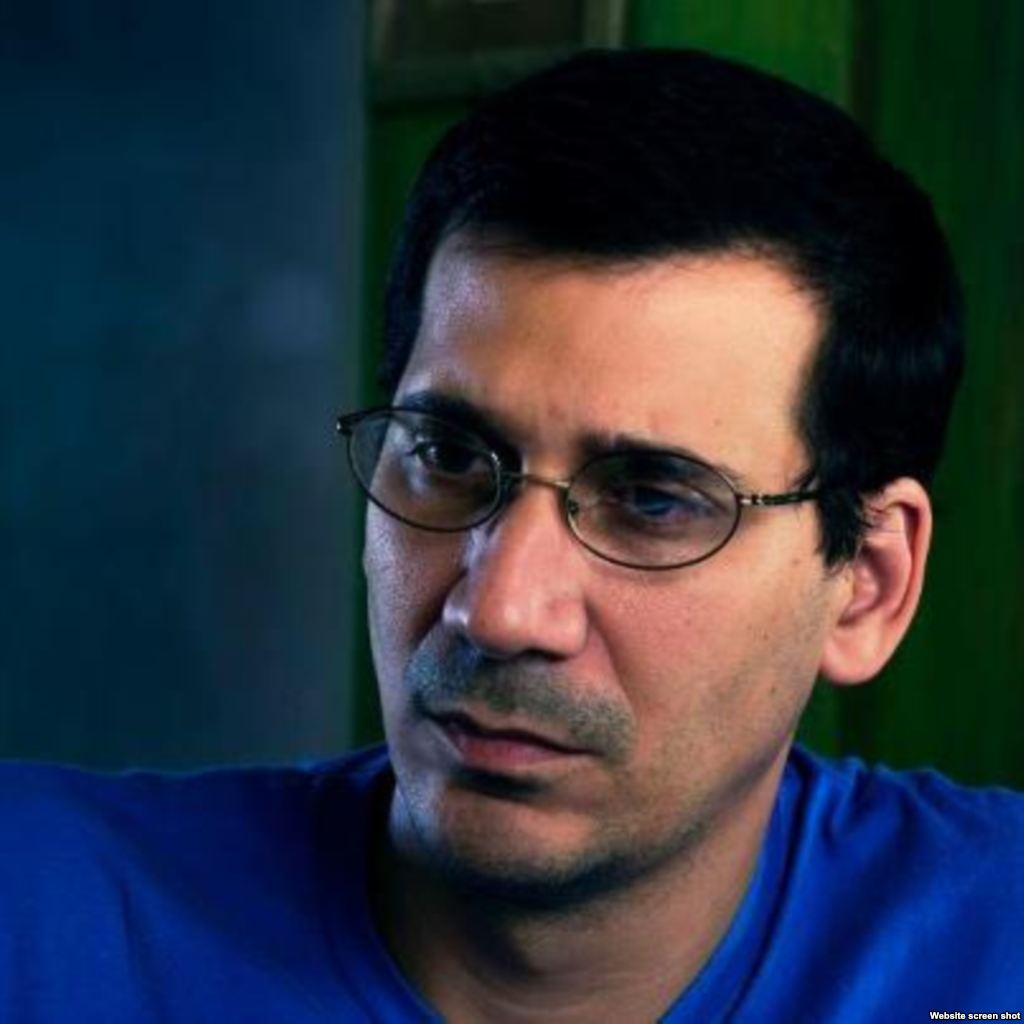 Antonio Rodiles is an odd bird. He’s mild-mannered, soft-spoken and nerdy. He wears little John Lennon glasses and looks pained when he speaks. Recently released after 19 days in Cuban detention for “resisting arrest,” Rodiles said he doesn’t know what he was arrested for when he resisted — because he hasn’t bothered to read the complaint.

So what was Rodiles actually doing when he was arested? He and a few others had gone to Section 21, headquarters for Cuba’s fearsome state security, to protest the arrest of a human rights lawyer.

Like many Cubans, Rodiles once emigrated to the U.S. He studied for a master’s degree in mathematics to go with his doctorate in physics, and even taught for a bit at Florida State University.

But a few years later, Rodiles did what’s rarely done. He went back to Cuba, with a purpose: to promote democratic change. These days, Rodiles is the founder and director of Estado de SATS, a group that presents public conversations on a variety of topics affecting civic society. The talks are as public as they can be in Cuba given they lack government affiliation or approval. They’re videotaped and passed around hand to hand on memory sticks.

For this, Rodiles and his supporters get harassed to no end, and they’re not the only ones. According to the Cuban Commission for Human Rights and National Reconciliation, a dissident group on the island, there have been more than 5,600 arrests so far this year, 520 in October alone. Most of the detentions are short-term, violent and public; many are caught on video, as I’ve detailed before.

Last July, I wrote about the death of Oswaldo Payá, one of Cuba’s most important dissidents, in what appeared to be a suspicious car crash.

Payá’s wife, Ofelia Acevedo, maintains that the state is responsible for his death. Meanwhile, the Cuban legal system has condemned Ángel Carromero, a Spanish native, for manslaughter. Carromero, a youth leader for Spain’s conservative Popular Party, was at the wheel when the accident occurred. Though Acevedo said she knows of texts sent by Carromero and a second foreigner in the car alleging that they were being bumped by another vehicle just before the crash, Carromero — whose Spanish driving record was atrocious — has insisted in all his media appearances that there was no second car and that he sent no such texts.

We’ll check back when he gets released, which could be well short of four years, and see if the story changes.

Garcia finally won, beating Rivera by a comfortable ten-point margin. By the time voters had their say, Rivera was under two different federal investigations and had been slapped for 11 ethics violations during his time in the Florida state legislature. Rivera lost party support and barely had enough cash to finish out the race.

But to hear Rivera tell it, none of that mattered. The problem was mostly demographics and a strong showing by the president.

"I think an analysis of the results demonstrates that the presidential election had a significant impact on several congressional races, including my own,” Rivera told the Miami Herald. “It makes it tough for Republicans down ballot to be successful.”

Though there’s already talk of Jeb Bush Jr. running against Garcia in 2014, Rivera isn’t going away. There are still those two investigations to be concluded. Ana Alliegro, his campaign manager and cash courier, is still missing.