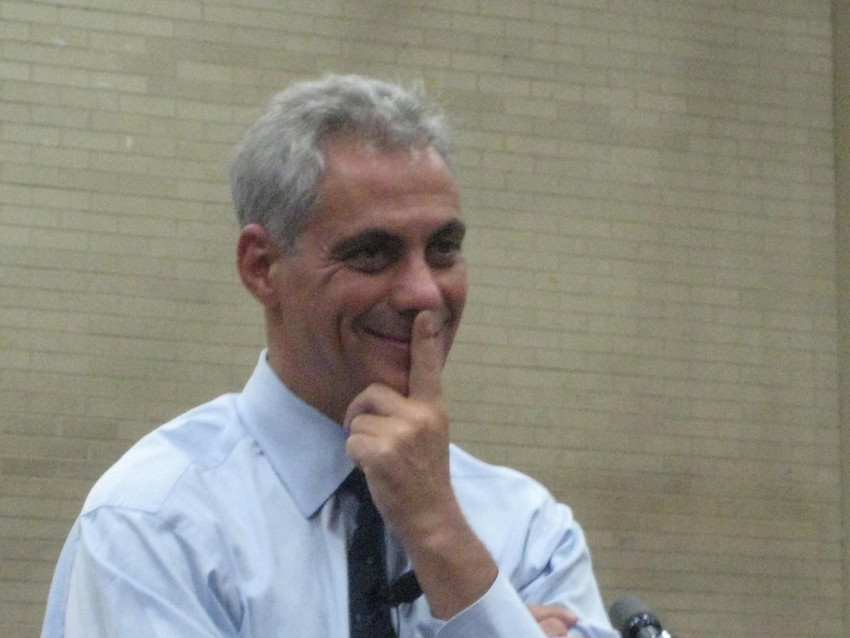 The failure of the Illinois state legislature to pass the marriage equality bill has certain folks suggesting payback for those elected officials at, of all misguided and silly things, the annual Pride Parade coming up June 30. There’s even a petition over at Change.org asking that politicians be denied entry into the parade. It’s already garnered more than 1,800 signatures.

But as Tracey Baim very reasonably explains in a current editorial in Windy City Times, it’s a questionable tactic.  For starters, the only two state reps who are registered to participate are Greg Harris and Sarah Feigenholtz. Denying them would actually be denying ourselves.

And, anyway, it’s too late: the Parade is set, whomever was going to come and party with us decided to do so before the vote on marriage equality. Want to make a political calculation out of the parade? Count the absences, then cross reference them with the promises we’ve been hearing this last year.

Over at the Reader, Ben Joravsky makes some salient observations about the vote: It boils down to House Speaker Michael Madigan and Mayor Rahm Emanuel suckering the LGBTQ community for bucks and votes in exchange for their “concern” and “support.”

As Joravsky explains, there’s a Democratic majority, with a sitting governor who’s promised to sign the marriage equality bill, and a speaker whose better known as the Great and Powerful Oz. The math doesn’t add up, especially when you factor in the passing of Emanuel’s pet project, the $300 million giveaway to the Catholic Church at McCormick Place. I’m referring to the new DePaul stadium, a project announced and passed in less than a month’s time, with barely a breath for citizens to respond.

Michael Madigan and Rahm Emanuel both claim to be strong LGBTQ supporters.

Joravsky suggests that keeping the LGBTQ community on the precipice of equality means we keep giving to make it happen. A personal ATM, that’s what he says we are to Madigan and Emanuel.

And I don’t think he’s wrong.

But I also think there’s a different deal going down, and it’s less about us and more about Madigan. By denying Gov. Pat Quinn important legislative victories—same-sex marriage, pension reform—he’s setting the stage to run daughter Lisa against him.

Some activists recently called for holding Lisa Madigan responsible based precisely on this reasoning.  That too would be disappointing: We don’t visit the sins of the fathers on their children in this country, and Lisa Madigan has been an unwavering—and real—supporter.

And some even called for Harris—the gay Representative who led the pro-marriage charge—to pay a price for backing away from calling a vote. Madness, if you ask me. Has anyone been more dedicated?

Want to get some respect? Stop playing the spurned lover.