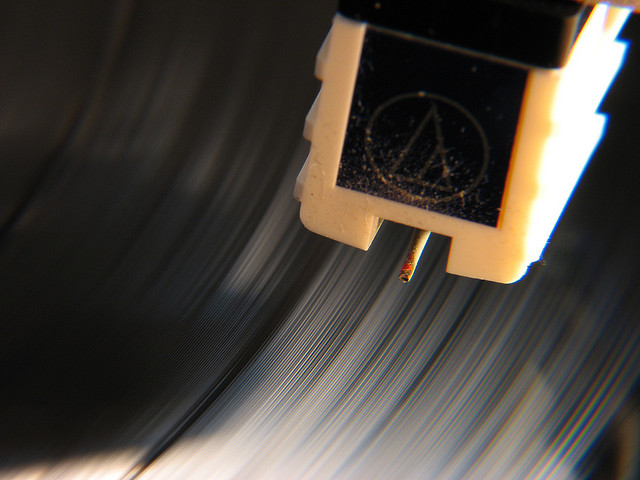 It’s been a somber week for music lovers. American Bandstand host and huge pop-culture figure Dick Clark died suddenly of a heart attack. Then Levon Helm of The Band passed away after a very long battle with cancer. Both announcements set off waves of online mourning and remembrance.

The news of William Finley’s death likely didn’t make quite as many cultural waves. And to be fair his ties to music are far less significant – even tenuous – than those of Clark and Helm. Finley played Winslow Leach in Phantom of the Paradise, Brian De Palma’s 1974 rock musical loosely inspired by Gaston Leroux’s classic tale The Phantom of the Opera, in which a reviled, deformed, creative genius seeks gruesome revenge, while finding true (but tragic) romance along the way.

In De Palma’s morbid but campy take, it is the music industry in the form of soulless rock impresario Swan (played by real-life musician Paul Williams), that seeks to rob Leach of his music, his voice and face, even his true love Phoenix (Jessica Harper, who performs an awesome extended dance move around the 2:33 mark in this video).

The first time I saw this movie I was completely smitten. The look of it is just wild – as is its fantastically rendered but true-to-life portrait of rock ‘n roll excess, circa the 1970s. The music is great – and how could it not be given Paul William’s ability to craft catchy pop tunes with long legs? And I think I was just blown away that Brian De Palma, the director I knew from creep fests like Carrie and Body Double, also had a rock musical in him!

Of course there are multiple meta-narratives at work here, in classic De Palma style. The disasters that bedevil many of the well-crafted musical numbers speak to the trials of filmmaking. And the story of a musician whose beautiful love songs are mostly remembered as hits by other artists because of his less-than-sexy-rock-star looks? Fits Paul Williams’s experience like a glove.

It turns out my entire hometown fell in love with Phantom as well – the film today is a cult hit at least in  part because Winnipeg (and Winnipeg alone!) embraced this movie back in the day. Why that's the case is anybody’s guess, but my city definitely has an affinity for embracing and making underground culture (hello Guy Madden!). I’ve talked about that strange cultural coincidence before, in this interview with Robert K. Elder.

Now it might be odd for Weekender to recommend watching a DVD. But a viewing of Phantom is really a perfect way to mark Record Store Day, which aims to celebrate the less-corporate if still entirely commercial end of the music sphere. Think of William Finley's performance as an effort to put a little soul – literally – into the "star making machinery behind the popular song." And if, after viewing the movie, you don’t find yourself singing lines from the Beach Boys send-up "Upholstery" or the parody of glam rock "Life at Last," well … go out and enjoy yourself at one of our other picks below! 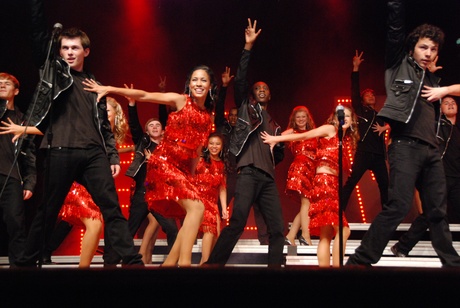 Get your Glee on as Midwestern high school choirs compete! 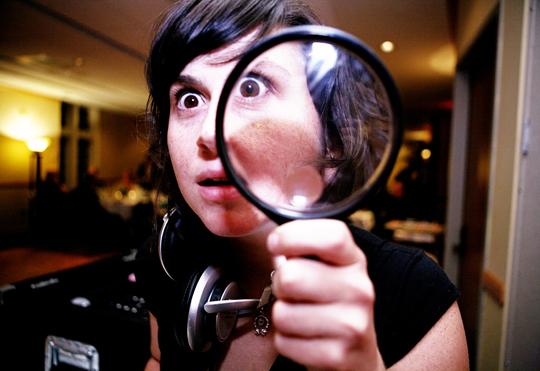 2. The Numero Store
Saturday 9 a.m.
Never mind the band merch table - the labels are in the house selling their records.
The Empty Bottle   1035 N. Western Ave 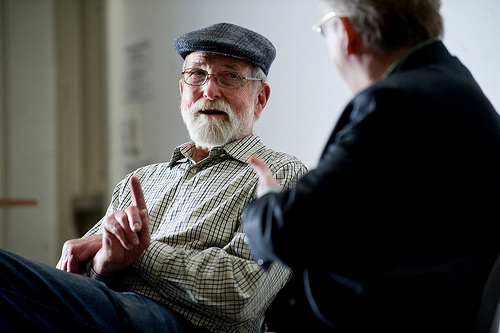 3. Les Blank Rock Doc
Saturday 7 p.m.
We can't tell you the name of the film, but all will be revealed at the screening - Les Blank will be there too.
Film Row Cinema   1104 S. Wabash Ave 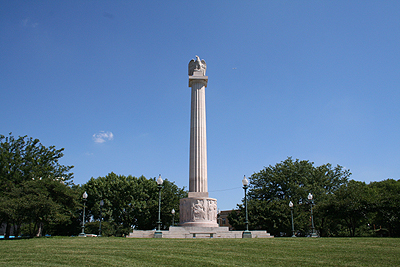 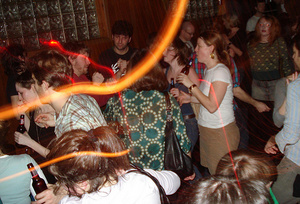 Carrie Weston and Mary Nisi will make you dance 'til you're silly. 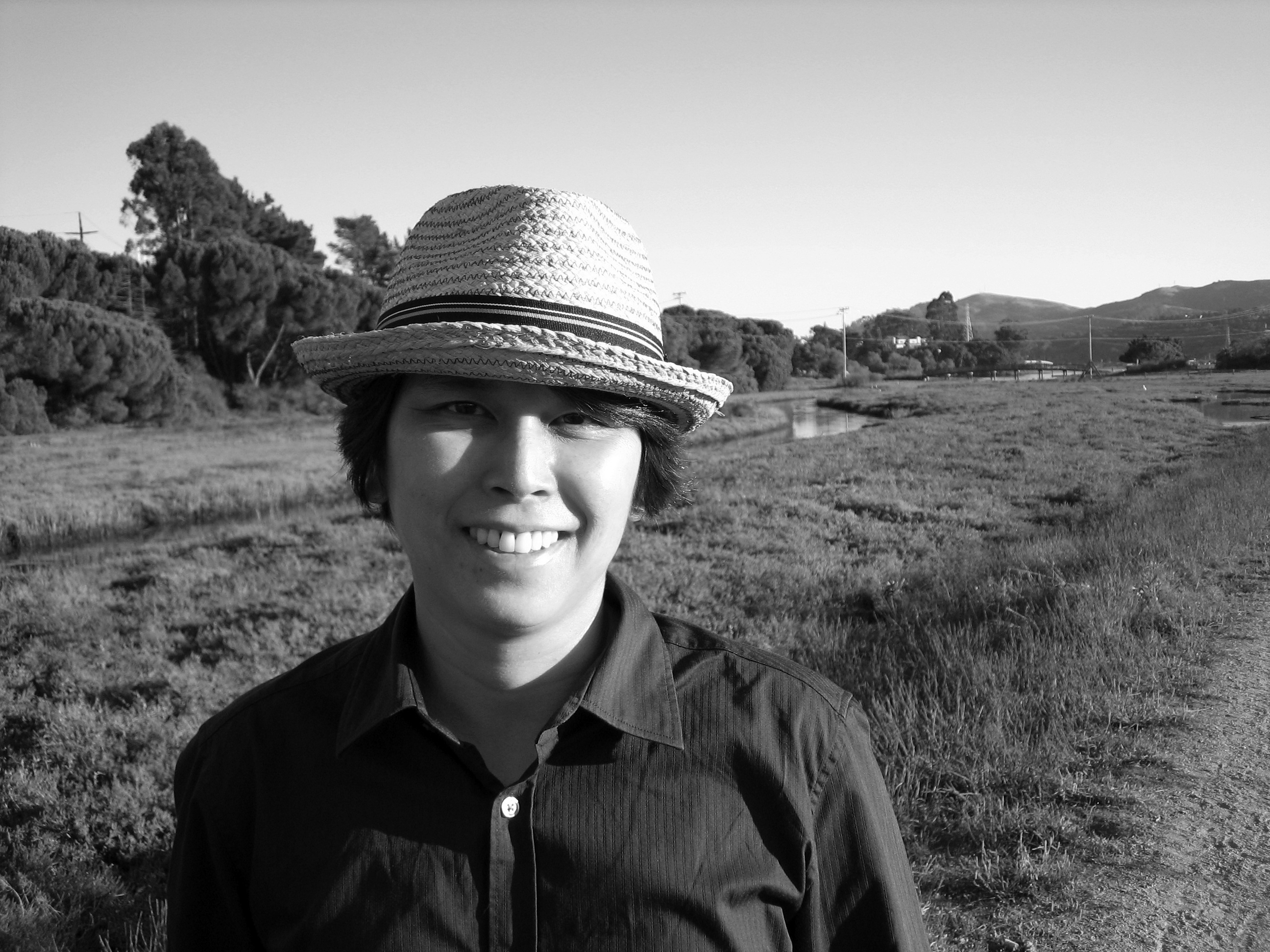 An experimental novel about a band's quest for the perfect sound - the noise of a parking lot.

Click here to subscribe to the Weekender podcast.
What're you up to this weekend? Let us know in the comments below.