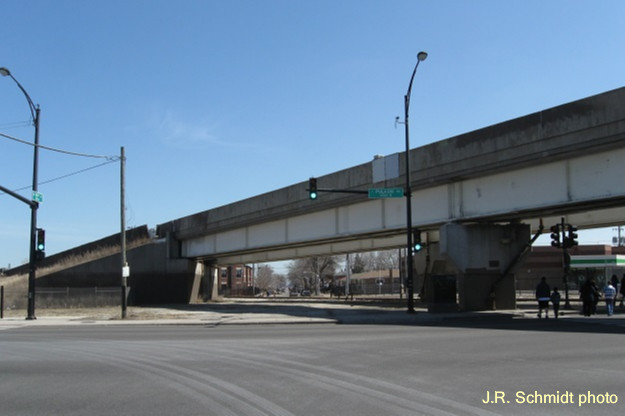 If you’re familiar with the South Side, you know that 51st Street is a major half-section street. It carries significant traffic from the lake (where it’s called Hyde Park Boulevard) straight through to Kedzie. West of Kedzie, 51st gradually trickles into a minor side-street until it stops at Harding, just short of the Orange Line viaduct and Pulaski Road.

A 1902 city map shows 51st continuing to an intersection with Crawford (Pulaski). But shortly afterward the Belt Railway constructed a spur track through the area, cutting off 51st a block short of Crawford. Since this was a remote part of the city, closing the street didn't matter very much.

By the 1930s the West Elsdon neighborhood was growing up. A streetcar ran on 51st as far west as Lawndale. Plans were being made to elevate the Belt Railway. Then 51st and its car line could be extended, perhaps all the way to Cicero Avenue.

More years pass. The 51st Street streetcar gives way to the trolley bus, and eventually the diesel bus. More houses are built, but a Belt Railway viaduct isn’t. The barrier is still there, and 51st remains a local street.

The Orange Line is built. The planners leave that gap in the ‘L’ structure. Now the railroad tracks will surely be elevated, and the bus run through to the Pulaski-51st station. Nothing happens—and the bus line is cut back to serve the Kedzie-49th station. 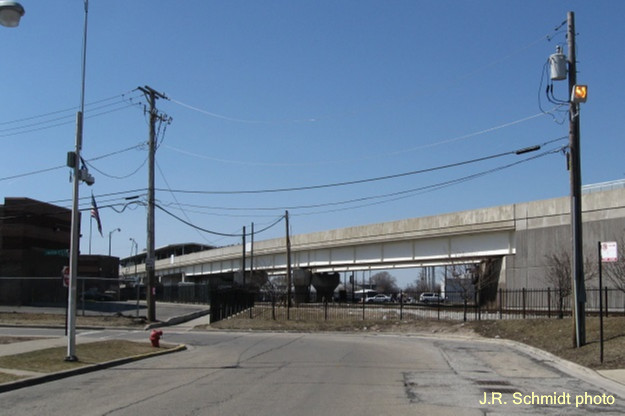 Will 51st Street ever be extended to Pulaski? Perhaps it should be kept the way it is. Archer Avenue passes through just to the north. Adding another arterial street to the area could cause traffic headaches.

Still, the opening in the ‘L’ is there in case the city ever changes its mind.