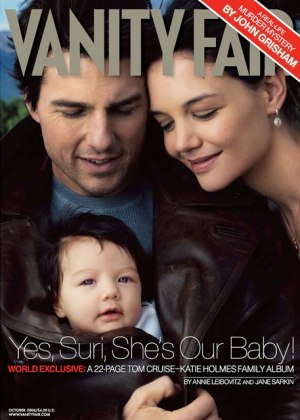 "Inside Tom Cruise's Private Pain" proclaimed People magazine on Wednesday, as they attempted to paint a picture of exactly how much the movie star has been suffering since his separation from wife Katie Holmes — and how.

Perhaps we'll never know exactly what Cruise has been experiencing, but we can certainly speculate. Comedian Michael Palascak shared his theory at The Paper Machete. Read an excerpt below or listen above:

Tom just gets home from work. Work is in Iceland and home is probably a really nice hotel. One that you walk into and it’s always just been cleaned or made up and it smells wonderful. And the faucets and the shower are shiny and there’s a flat screen TV that you can watch Conan on or whatever they watch in Iceland. Or maybe it’s a condo in a beautiful part of Iceland--all of Iceland is beautiful. That’s why they called it Iceland. They didn’t want people going to Iceland so they called it Iceland and they called Greenland, “Greenland,” so people would go there. It’s great for channeling people but the people who went to Iceland and it was beautiful were probably upset that they brought so many clothes.

Anyway, Tom just gets home from work. He’s in Iceland working on his new movie, Oblivion. A movie about how, “A court martial sends a veteran soldier to a distant planet, where he has to destroy the remains of an alien race. The arrival of an unexpected traveler causes him to question what he knows about the planet, his mission, and himself.” (IMDB 2012)  Today he shot a scene where he was hanging onto a ship and beating aliens off while he’s still trying to get on this ship. His arms are tired. A scratch on the back of his neck tingles where one of the aliens got too close with a whip. The makeup people noticed but he didn’t say anything. No one should lose their job because he gets scratched. He walks into the kitchen and sits down. He wonders why Katie didn’t call him to say goodnight last night and wonders how his daughter Siri is doing. Suri. That should say “Suri.”