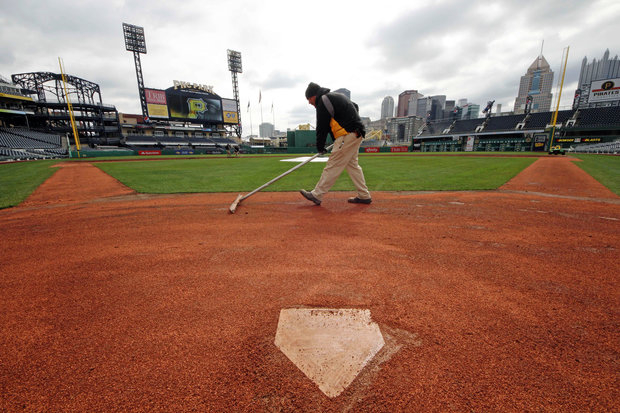 Both the White Sox and the Cubs have left Arizona and played their final spring training games. Opening Day is Monday with all its splendor and hopes that the day brings for baseball fans. Here are some news and notes about the impending 2013 season.

New Faces for the Cubs

The one major free agent signing by the Cubs was often-traded pitcher Edwin Jackson. The 29-year-old right hand starter inked a 4-year, $54 million contract. Jackson had “a cup of coffee” with the White Sox a few years ago and will pitch plenty of innings for second year manager Dale Sveum.

Veteran Japanese closer Kyuji Fujikawa will be part of the bullpen. The Cubs signed the 32-year old pitcher for need and to possibly replace Carlos Marmol if he is traded. Of course, if the team tanks this year, Fujikawa may have trade value at the deadline.

In right field, the Cubs brought in Nate Schierholtz with a one year deal. He played for Philadelphia and San Francisco.

The Cubs also signed a few veterans to the pitching staff: Scott Baker (former Twin), Carlos Villanueva (former Blue Jay/Brewer) and Scott Feldman (former Ranger). Baker’s surgically repaired elbow flared up in his first spring training appearance. The Cubs are expected to shut him down for at least a month. Feldman was a reliever that converted to a starter six years ago.

It was sayonara to Bryan LaHair. Last year he was an All-Star player who lost his starting job to Anthony Rizzo. He is now in Japan. The team also parted ways with third base coach Pat Listach.

Front and center for the Cubs

New Faces for the White Sox

The biggest change came in the front office. Rick Hahn is now the team’s general manager as Ken Williams moves up the ladder. Hahn didn’t make any wholesale moves. He did re-sign Jake Peavy to an extension.  To fill a hole left by the departure of Kevin Youkilis (we barely got to know you), Hahn signed former Tampa Bay third baseman Jeff Keppinger to a three-year deal. He is a career .288 hitter. Keppinger makes contact and does not strike out. He is just getting back into action after injuring his shoulder during training camp.

Just before spring training, the Sox acquired 25-year-old third baseman Conor Gillespie from San Francisco. He has been fighting all spring to make the roster.

One more new face with the Southsiders is actually a familiar face: Bobby Thigpen. The former White Sox closer has been working with the minor league teams. He will now handle the bullpen duties after Juan Nieves departed to become the Red Sox pitching coach.

Catcher and most hated player in baseball, AJ Pierzynski is now a Texas Ranger. Phillip Humber (remember he had a perfect game) pitches for Houston and third baseman Kevin Youkilis signed with the New York Yankees (not a big loss since he really didn’t want to be here).

Front and center for the White Sox

If Jake Peavy, pitching phenom Chris Sale, Jose Quintana, Gavin Floyd (and eventually Danks) stay healthy and produce, the Sox have a chance in the competitive AL Central. The bats of Adam Dunn, Paul Konerko and Alex Rios must anchor the offense. AJ’s replacement Tyler Flowers is a better receiver behind the plate, it is yet to be determined if he can produce at the plate.

The White Sox may be bridesmaids to the Detroit Tigers again, but they should be a factor.