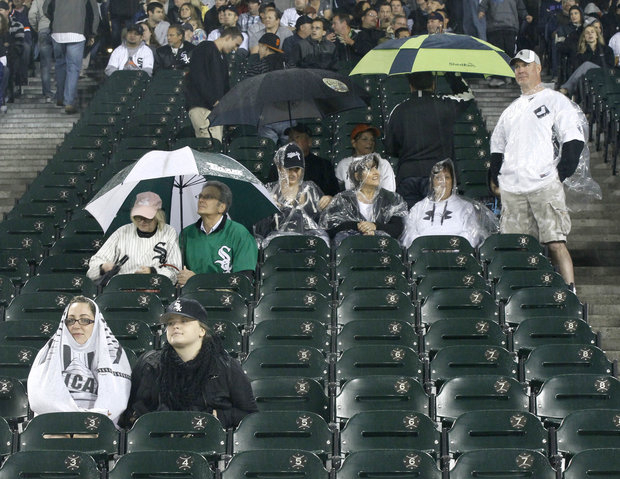 Have your say, Sox and Cubs fans: Where do you stand on what happened this year? What should your teams do now? Weigh in, and I'll pose some thoughts as well. Today we look at the Sox. On Friday, we'll take a look at the Cubs. Leave a comment on this post, tweet me @Crayestout or go to my Facebook page, Cheryl Raye-Stout #AtTheGame.

Do you look at the White Sox season as a success because they exceeded expectations? Or wass it a failure, getting oh-so-close to the post-season but not making it?

To me, it felt like the Sox ran out of gas. They had big contributions throughout but not enough when it counted — at the end. There were several individual successes but not in totality. I hate to say this, but to me the season was a failure. When you are in first place for three months, you try any way possible not to relinquish the top spot —especially when you are not a perennial play-off team.

Free agents: To keep or not to keep?

The team must decide the fate of three veteran free agents. Which ones, if any, should the Sox make an offer to keep for the 2013 season?

In my eyes, I think A.J. and Kevin are gone. Peavy may want to stay and he was a good anchor to very young pitching staff. But Tyler Flowers may finally get his chance to be the team's backstop: He will play winter ball this fall to get more at bats. As far as Youkilis goes, it never felt he was "here" — it seemed like he kept his suitcase packed the whole time.

There is one other personnel matter that the Sox may address this off-season: keep or trade pitcher Gavin Floyd for prospects? He stands to make $9.5 million next year if the Sox pick up his option; Floyd is an uneven year. This is a difficult decision; if the Sox trade him they will lose a lot of innings. He got a tip from coach Mark Parent that helped with his delivery at the end of the year, but it's hard to tell if his elbow problems were the main issue this year or not.

I'd keep Floyd. With John Danks injured and Peavy's situation, the pitching rotation will be thin behind ace Chris Sale.

What were your best and worst moments of the White Sox season?

Second best: Alex Rios breaking up a double play in the make up game against Detroit in late September.

Worst White Sox moment of 2012: Elimination from the post season play afte holding on to first place for much of the season.

Sox owner Jerry Reinsdorf and General Manger Ken Williams have some very tough decisions to make over the next several months — while they watch Detroit having a good post-season right now. Whatever happens this off-season may indicate whether the Sox want to contend again — or are just re-tooling. When you don't even have two million fans for a first place team . . . you have to wonder. A hefty payroll has to have a better fan support in 2013.

Friday on this blog the Cubs will take a turn at the plate.