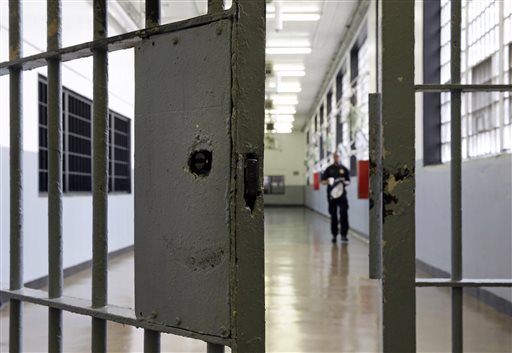 Thousands of federal inmates are getting out of prison because of a change in the way the U.S. government sentences drug criminals. It's part of a broader movement to reconsider tough-on-crime laws that were passed during the War on Drugs.

The decision to change sentencing guidelines — and apply the changes retroactively — was made last year, but the release of any inmates was delayed until this weekend.

Leaders at the Justice Department supported the changes. Deputy Attorney General Sally Yates recently told Congress it's a myth that federal prisons only house the worst of the worst.

When it comes to drug offenses, Yates said, only 16 percent of federal prison inmates used a weapon in connection with their crime.

Here is what else to know about the release, which began Friday and continues Monday:

How many people are we talking about?

Why are they getting out?

Last year the U.S. sentencing commission, which sets guidelines for federal crimes, decided to cut suggested prison terms for those who commit drug trafficking crimes, and apply those changes retroactively for people who were already incarcerated.

An inmate who was eligible had to apply for early release and have a judge review the case, make a determination about public safety and sign off on reducing the sentence. Judges shaved off an average of two years from their sentences.

Will they all be released straight from prison?

Where will they be going back to? What supervision or support will they receive?

The largest numbers are from Texas, Florida, California, North Carolina and Illinois.

The U.S. Probation Office will be watching these prisoners for a specific amount of time, and have been preparing for more than a year. Officials say they have beefed up hiring of probation officers — devoting resources to prisoners who pose the biggest risk — and started working with them a while ago.

The system is not perfect. Halfway houses are overstuffed, and there was not a lot more money to help smooth out this transition. In addition, there are still open questions about the quality of services they're getting in halfway houses, in terms of things like drug treatment, job placement.

About 1,700 of the inmates are undocumented immigrants, and they will not be released from federal custody.

These people will be transferred to Immigrations and Customs Enforcement, which will begin deportation proceedings against many of them.

Some of them may be on the hook for state or local crimes, so officials are checking their records to see if they need to be adjudicated for those crimes.

Some in Congress, such as House Judiciary Committee Chairman Bob Goodlatte, a Republican, are already asking questions about the undocumented inmates, seeking assurances they will be quickly removed from the country.

All of these prisoners coming out have been convicted of drug crimes, but were they all non-violent crimes?

Not necessarily. These are people who served time in the federal system, and federal prosecutors don't send people away for simple drug possession. These inmates have usually been convicted of trafficking-type offenses. They or their partners in crime may have used a weapon.

Judges considered all of those factors when deciding whether they should get early release. And about three times out of four, the judges approved the requests for release.

Is there any concern these prisoners could end up committing crimes after being released?

Justice officials say that is always a concern. But, they say, the great majority of these prisoners would be getting out at some point regardless; the issue is whether it's now or in two or three or four years. That said, they say they are going to be watching closely.

The Sentencing Commission did a study of returning crack cocaine prisoners about five years ago and found that those inmates were actually slightly less likely to return to crime than other prisoners.