If news from previous tour cities holds up, Daniels (the stage persona of Stephanie Clifford) will enter the stage in a red, white, and blue dress to the tune of "Hey Big Spender" — a reference to the $130,000 payment she reportedly received from President Donald Trump's attorney Michael Cohen for signing a nondisclosure agreement.

The Admiral Theatre wasn’t always in the adult entertainment industry, though, and Crain’s Chicago Business reporter Dennis Rodkin takes a look at the history of the building and its changing business.

Built in a booming neighborhood

The Admiral Theatre at the corner of Harding and Lawrence avenues is a brick building with Renaissance arches and columns in terra cotta — and with most of the windows blacked out. Over the front doors is a quote from Hustler magazine publisher Larry Flynt that says, “The greatest right a nation can afford its people is the right to be left alone.” The quote comes from a documentary that Flynt made in 2007, but is paraphrased from an article Supreme Court Justice Louis Brandeis wrote in 1890 with a classmate titled “The Right to Privacy.” 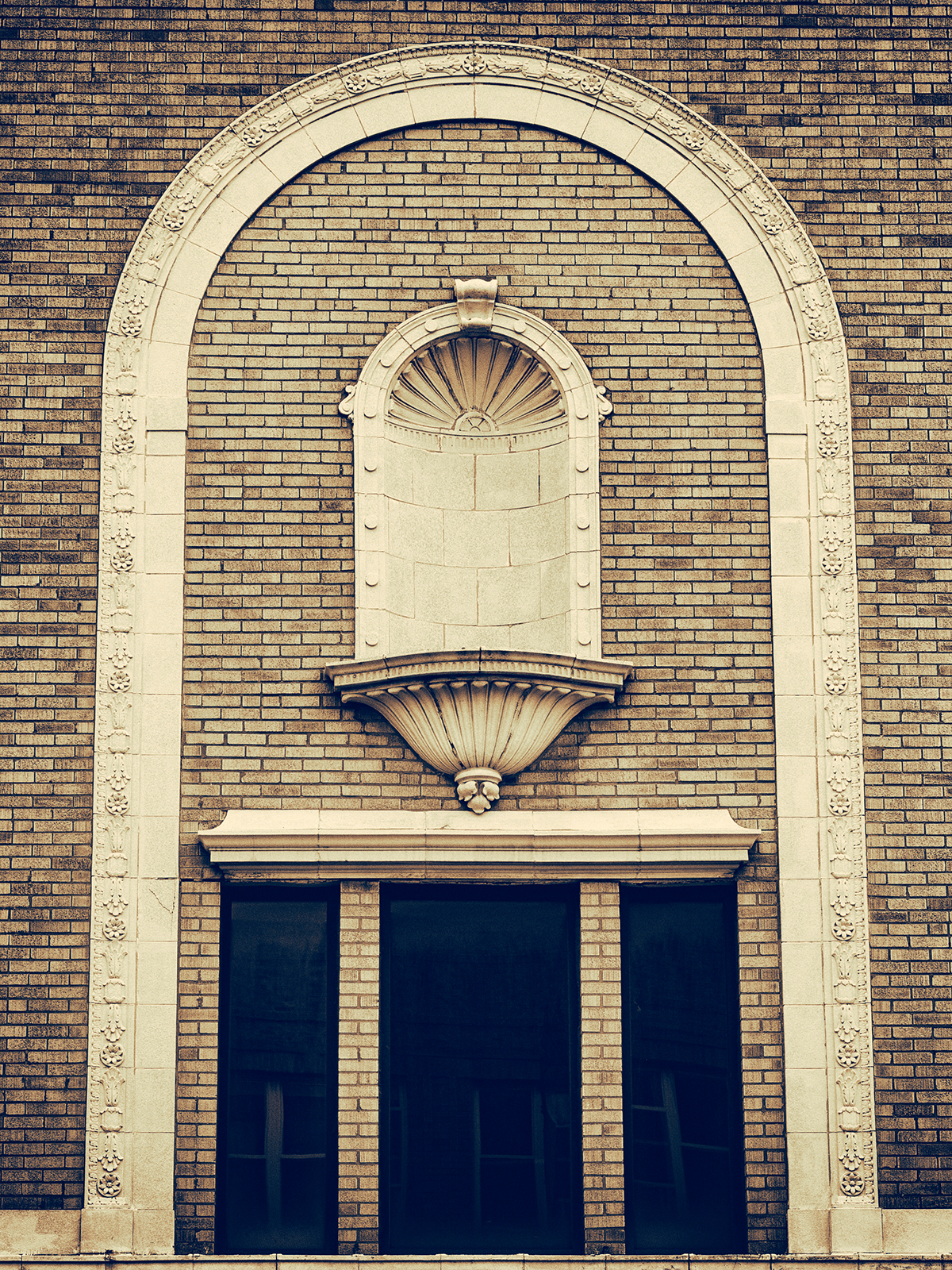 The theater's facade looks almost exactly as it did in the 1920s when the theater was built. At the time, Lawrence Avenue from the North Branch of the Chicago River (a little over a mile east of the theater nearly to Elston Avenue) was a booming neighborhood retail corridor, with grand new buildings draped in ornamental terra cotta lining both sides. The boom had kicked off in 1907, according to the Encyclopedia of Chicago, when the Ravenswood Elevated line — now known as the CTA’s Brown Line — was completed to Lawrence and Kimball avenues.

The Admiral Theatre building was designed by architects Harold Gallup and S. Scott Joy. It opened as a combined vaudeville and movie house, and in 1942, was bought by Balaban and Katz Theater Corporation — which at its height owned at least 50 theaters in Chicago and the suburbs.

By the late 1950s, the nation's post-World War II move to the suburbs was draining Albany Park, and the theater shut down. It stood empty for about a decade, then re-opened in 1969 as a cartoons-only theater, charging 25 cents. That lasted less than a year.

In 1971, the Admiral re-opened as an adult movie theater. In the mid-1970s, 70 percent of the storefronts along Lawrence were vacant, according to the encyclopedia, so it is possible the landlord was looking to fill the vacancy however possible. 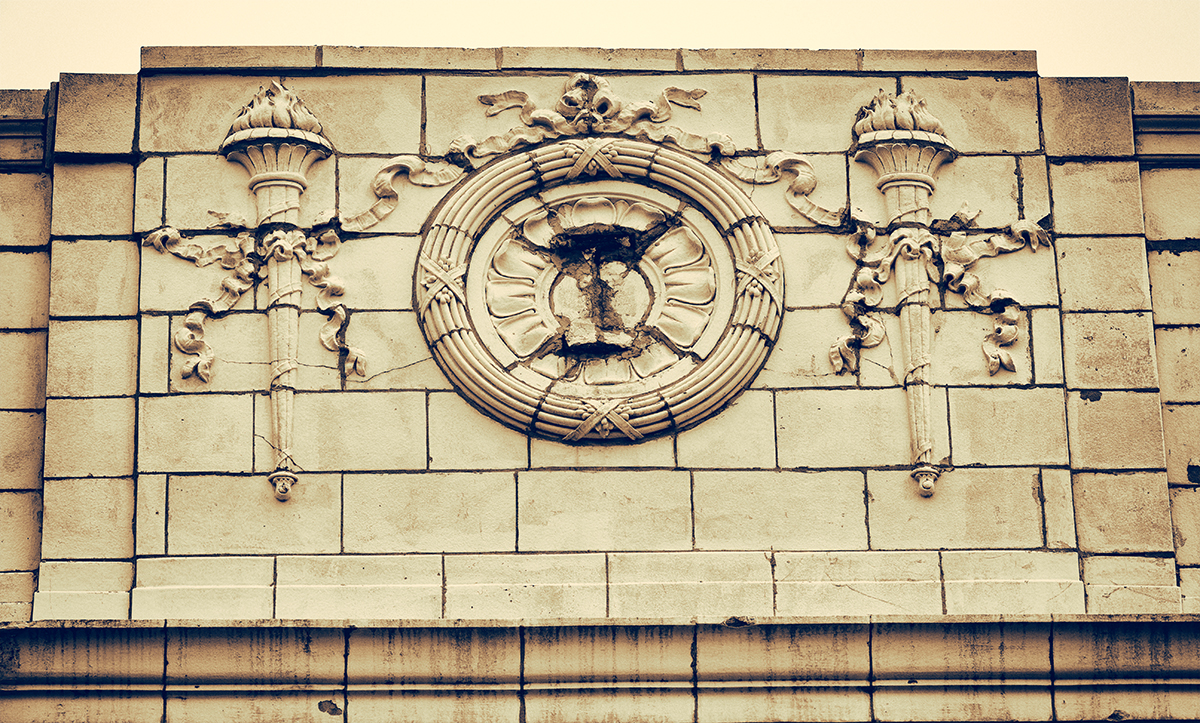 Fourteen years later, on July 24, 1985, the Admiral Theatre's owner, Patrick “Patsy” Ricciardi, called his daughter from the theater and asked her to drive him to a meeting, but he wouldn't say with whom. She declined, and he evidently went by cab, even though his own Lincoln sedan was parked outside the theater, according to the Chicago Tribune. Three days later, his bullet-riddled body was found in the trunk of a parked car at Webster and Ashland avenues, where a Mariano's grocer now stands.

The next owner of the Admiral, who was not connected to Ricciardi, was Salvatore "Sam" Cecola, although at the time he reportedly used the name Sam Ross to avoid the perception of Italians and the mob. In the late 1980s, Cecola changed the Admiral Theatre's business from movies to a "gentlemen's club.” By the mid-1990s, Cecola owned not only the Admiral but was part owner of adult bookstores in suburban Downers Grove and Bristol, Wisconsin, and owned a Las Vegas strip club, Club Paradise.

Sam went to prison in 1998 for 46 months for tax fraud related to the adult bookstores and left Club Paradise in the hands of his wife, Geralyn. Club Paradise closed in 2014 in the wake of a credit card fraud scheme operated by employees, and the couple sold it.

Nick Cecola, who now runs the theater’s day-to-day operations, said he started to market it more aggressively. And in the past several years, the Admiral Theatre has had a Miley Cyrus lookalike contest, zombie-themed “Nights of the Stripping Dead,” and a toy drive that scored a big publicity coup in 2011 with a Saturday Night Live's Weekend Update joke.