Once a quiet home for widows of Civil War soldiers, this Georgian Revival-style building in west suburban Maywood now hides an interior in disrepair.

The two-story, 36-room Maywood Home for Soldiers’ Widows opened in 1924 — nearly 60 years after the Civil War ended. The restful and bucolic building features a two-story front porch with views of the Des Plaines River and the forest along the riverbank.

The building has been largely empty since 2003. The village of Maywood bought it in 2008, and has since spent at least $75,000 repairing mostly the exterior. Inside, plaster is crumbling from the walls and ceilings, and the old floors are buckled or broken. A beautiful wooden staircase remains mostly intact, but otherwise the interior would probably need to be rebuilt entirely. 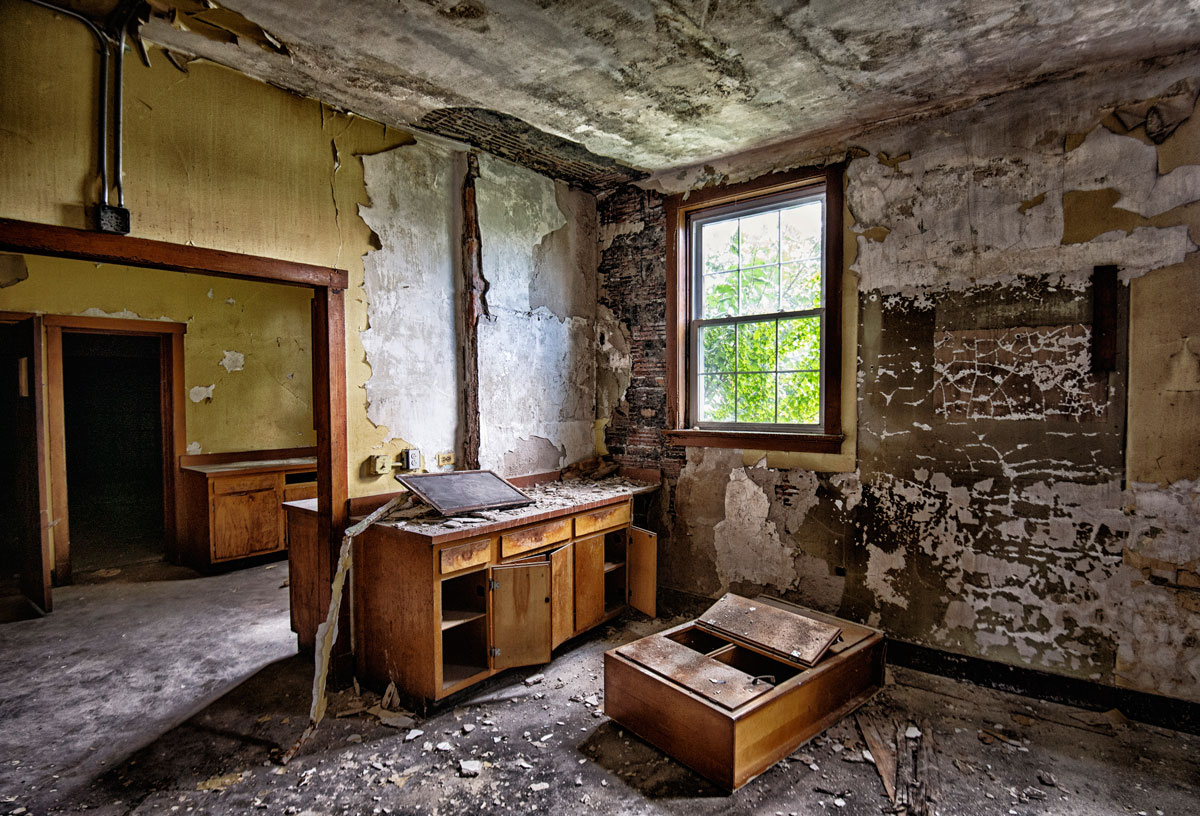 Now, a pair of developers want to fix the building — after creating a nearby retail and commercial development. If the building is redeveloped, it would put back in service one of the Chicago area’s few sites with a direct link to the Civil War.

Built during a group home boom in the early 1900s

The early 20th century saw an explosion in retirement homes as seniors shifted from living with their families to living in group homes. It was during that time the Daughters of Union Veterans of the Civil War built the Maywood Home for Soldiers’ Widows. Other homes were opened by groups who aimed to support their own, including the Baptists and heritage groups supporting elderly German, British, Scottish, Norwegian, and Danish people. 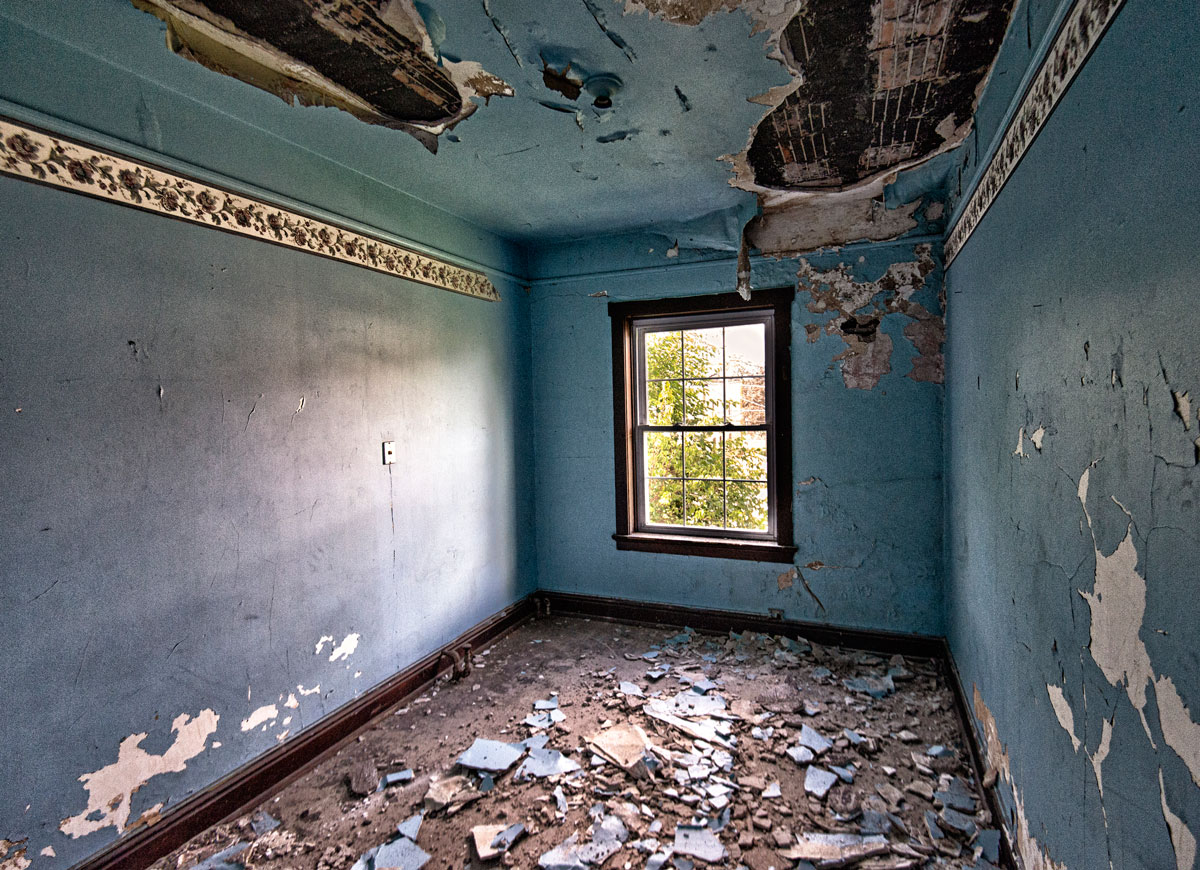 The future of the Maywood Home for Soldiers’ Widows

Developers want to build commercial space around the old widows' home, but the construction has yet to start.

Developer Charles Walsh Jr. told WBEZ that he and his business partner plan to start with new construction. Rehabbing the home will require more detailed, longer-term work with the village and historic preservation agencies, he said. 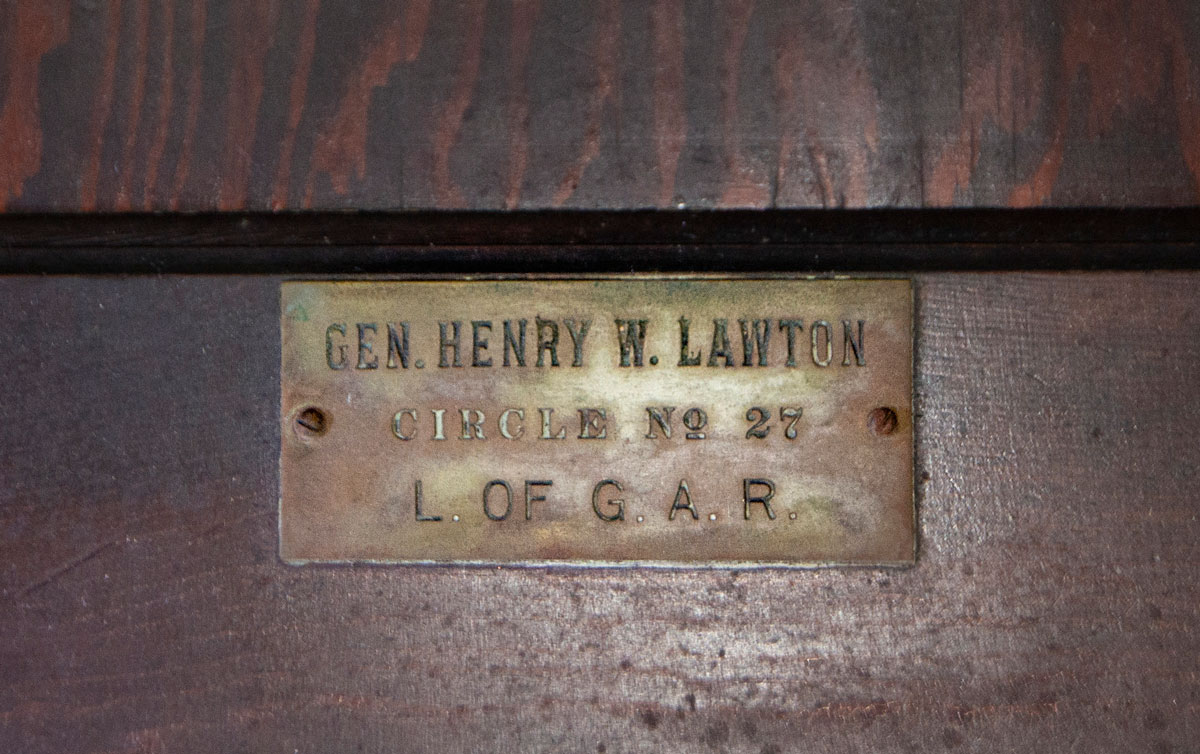 The soldiers’ widows’ home is one of the few Civil War remnants in the area. More well-known memorials include a monument in Bronzeville to Camp Douglas and part of the Cultural Center dedicated to the Union veterans’ group Grand Army of the Republic.