The brick two-flat that sits at 6427 S. St. Lawrence Ave. in Woodlawn has no official landmark status, but the apartment on the second floor was home to a family that played a huge role in the civil rights movement.

Less than five weeks later, Emmett went down to Mississippi to stay with a great uncle, where two white men kidnapped and brutally killed him on Aug. 28 for allegedly whistling at a white woman. This year, the woman admitted that there was no truth to that claim. 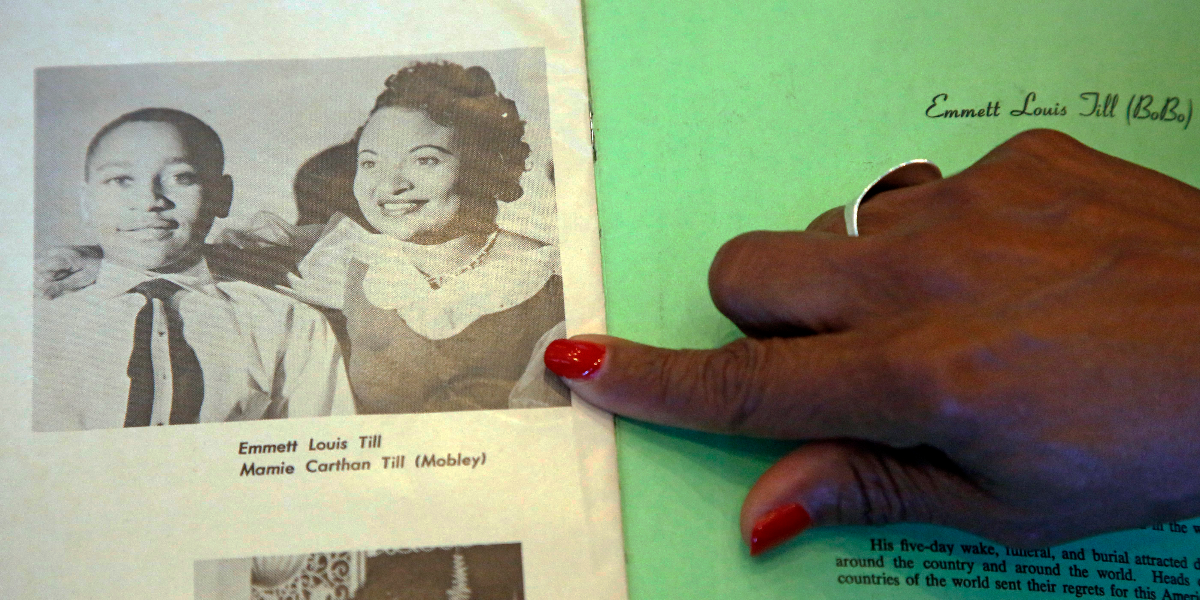 Mamie Till Mobley had Emmett's mutilated body displayed in an open casket at his funeral in Chicago.

"I wanted the world to see what they did to my boy," she said.

Photos of Emmett's brutalized body were published in Chicago-based Jet magazine and helped inspire passion for the cause of African-Americans' civil rights.

Much of that story is known to Chicagoans, but Rodkin points out that the house on St. Lawrence Avenue offers a glimpse into the lesser known, ordinary life that Emmett and Mamie Till Mobley lived before a brutal murder thrust them into American history.

After living in Detroit, the Tills moved into the second-floor apartment on St. Lawrence Avenue in 1951 or 1952. The first floor was occupied by Mamie Till Mobley’s uncle and his family.

In Chicago, Mamie Till Mobley worked for the U.S. Air Force, where she managed confidential files. Emmett attended McCosh Elementary School a few blocks away. According to one of his classmates at the time, he had a “suitcase of jokes” to make people laugh.

In later interviews, some of which were conducted in that apartment, Mamie Till Mobley said that she and her son had an unspoken agreement: She worked and he would take care of their home. He was so good at it that when she went to do laundry for the first time after his murder, she realized she didn't know how to work the laundry machines in their building.

The Tills' former apartment now rents for about $1,100 a month, according to Alex Al-Sabah, the head of the real estate investment firm that operates the building for its owners, whom he declined to identify. Al-Sabah's said his firm bought the decrepit property in October 2015 for $47,500, put it through an extensive rehab and sold it in July 2016 for $175,000. Al Sabah’s firm, Elite Invest, still manages it for the owner.

While the Tills are recognized throughout Chicago — McCosh Elementary was renamed for Emmett Till, there's a park named for Mamie Till Mobley and the Roberts Temple Church of God in Christ, where Emmett Till’s funeral was held, is a city landmark — the two-flat where Emmett spent the last four of his 14 years has yet to become an official landmark.

Al-Sabah said he only learned it had been the Tills' home after it was rehabbed, when a reporter from the Chicago Crusader called and told him.

Al-Sabah said he’s told the apartment’s current tenants about Mamie and Emmett Till living there "and they smiled."