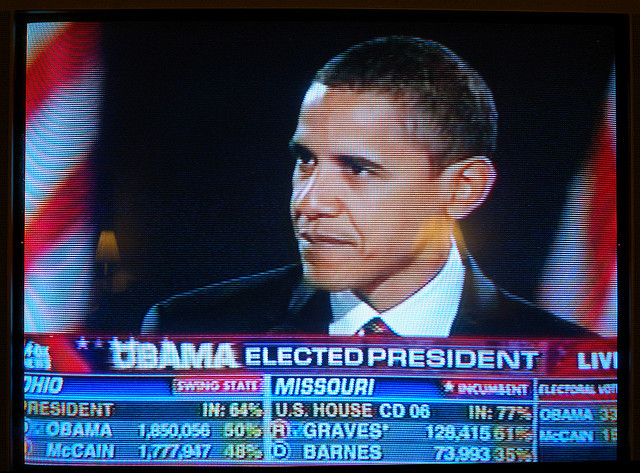 There are many reasons Americans are wistful about the '90s these days, and most of them relate to the booming economy. But writer Samantha Irby brings us one more.

In her mind, the problem these days is that "men aren’t terrified of women anymore. Remember the glory that was the super politically correct early- to mid-1990s? Those halcyon days when black people became African-Americans and Anita Hill handed women in the workplace a deadly weapon of self-defense called 'sexual harassment?' Those were the good times, when a dude was so afraid of being dragged in front of a judge for something as innocent as admiring a woman’s new haircut or nicely-draped blouse that he barely made eye contact when passing one in the office corridor?"

So what's changed. Well, the first black president was elected. Read an excerpt of this controversial argument below, or listen above:

What an amazing time it is to be an American. In addition to trying to legislate away the rights of black people to legally walk into voting booths this November and exercise our right to vote for whatever black person happens to be on the ballot, because that’s how we decide who to vote for, Republican candidates for office are also aggressively trying to outlaw having both a vagina and a working brain at the same time. Straight white men in America are getting their goddamned groove back.

[Last week] Missouri Representative Todd Akin, Republican nominee for the Senate and an actual member of the House Space, Science, and Technology committee, while being interviewed on local television, declared that pregnancy from rape is “really rare” because, “if it’s a legitimate rape, the female body has ways to try to shut that whole thing down.” That gust of wind you just heard was my labia breathing a huge sigh of relief.

The backlash against Mr. Akin was brutal and immediate. The mainstream of the Republican party virtually excommunicated this a**hole, because apparently some of them managed to stay awake during tenth grade biology class. The American Journal of Obstetricians and Gynecologists reported in 1996 that “rape-related pregnancy occurs with significant frequency” and is “a cause of many unwanted pregnancies.” The study also found that an estimated “32,101 pregnancies result from rape each year.” THOSE ARE FACTS. Oh, those stupid gynecologists. I bet they believe in global warming, too. F***ing idiots. Everyone from the head of the RNC down to Sean Hannity (if Sean Hannity hates you then you're really f***ed) has strongly condemned Akin’s remarks, even calling for Akin to step down.

Renowned feminists and champions of the female cause Paul Ryan and Mitt Romney declared in a press release that they “disagree with Mr. Akin's statement, and a Romney-Ryan administration would not oppose abortion in instances of rape,” even though Paul Ryan believes THE EXACT OPPOSITE OF THAT. That’s how badly Mittens the Talking Ken Doll and his sidekick Eddie Munster want to disassociate themselves from the fire of a thousand suns being aimed at this bumbling moron. In related news, Akin’s opponent Claire McCaskill was seen having gay buttsex in public while setting hundreds of taxpayer dollars on fire and wearing a t-shirt that said, “Don’t worry, I’ve got this one in the f***ing bag.”