Last summer, in a Missouri courtroom, a college wrestler named Michael Johnson was sentenced to 30 years in prison for “recklessly infecting a partner with HIV.”

Johnson, who also goes by “Tiger Mandingo”, was accused of knowingly infecting his partners with HIV, although at least one of them said Johnson called to tell him the diagnosis when Johnson tested positive for the virus.

The case shed light on the stigmas surrounding sexually transmitted infections, or STIs, and especially HIV/AIDS. In more than 30 states there is a legal requirement for HIV positive individuals to disclose their status to whomever they’re having sex with. And while most people agree that honest conversation is a good practice, the laws allow people with HIV to be imprisoned for even spitting, biting or oral sex.

“Every person with HIV in the country who knows they have HIV is one accusation away from finding themselves in a courtroom,” said Sean Strub, director of The Sero Project.

Strub was diagnosed with HIV in the 1980s. Since then, treatments for STIs like HIV/AIDS has made significant progress across the globe. But Strub argues that an HIV diagnosis has continued to carry a stigma, perhaps even worse than before. And Strub said forcing people to disclose their status can backfire, and alienate a population that needs support.

While Strub is working to change the policy, New York University sex researcher and educator, Zhana Vrangalova, is focused on challenging society’s perception of risky sex.

“People really fear that STIs are more prevalent than they are…and that once you catch it you may always keep it,” she said.

Vrangalova is on a mission to de-stigmatize safe sexual behavior. Her website, for example, is about casual sex and provides a forum for people to talk about the flings and one-night stands that are usually dismissed in traditional sex education. Students in her class learn how to balance health and protection with redefining normal sexual behavior.

Jake Hernandez, a 23-year-old nursing student taking her class, has had personal experience with the same situation that got Michael Johnson behind bars. His ex-boyfriend called him to tell him he was HIV positive after they had oral sex, and luckily, Hernandez tested negative. 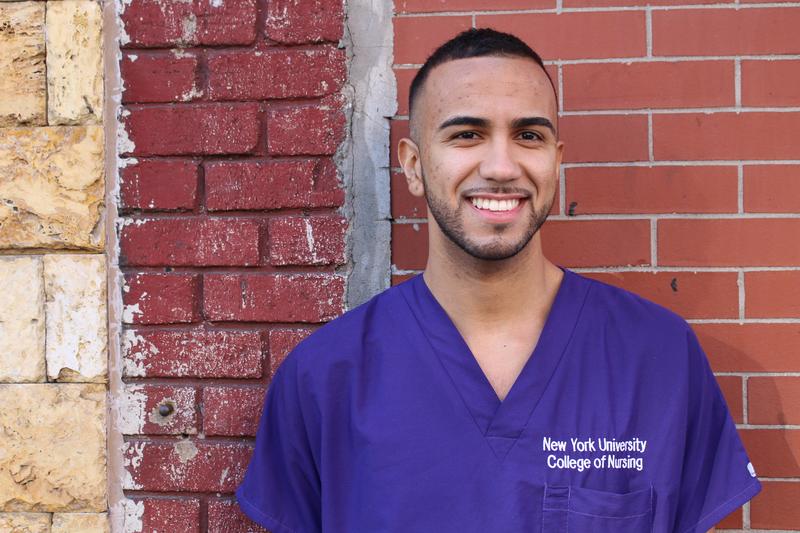 Jake Hernandez, 23, is a nursing student at NYU. (Ankita Rao)

While he felt betrayed by his boyfriend, Hernandez still believes society needs to challenge the stereotypes surrounded STIs and the people who have them, especially gay men. While visiting a sex shop for his class with Vrangalova, he said the assumption is, “that we just walk around having sex all the time.”

“I mean I would probably say I’ve had casual sex once in my life. If I was dating a girl would you be saying all these things?”