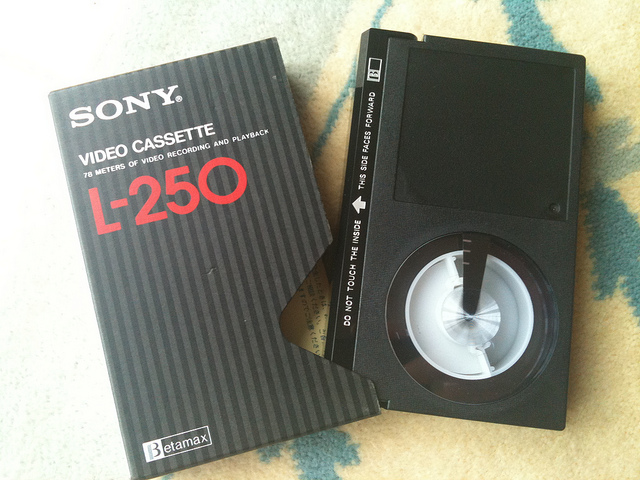 Betamax lost the format war to VHS in the 1980s, but Sony never stopped manufacturing the tapes. Now Sony says it will stop making Betamax next spring.

Sony will stop making Betamax tapes next year. Who knew they still were? VHS tapes dominated the market from the 1980s until the DVD, and they're now disappearing with downloads. We're joined by Bill Hammack. He's an engineering professor at the University of Illinois and host of the popular YouTube channel, the Engineer Guy. Thanks very much for being with us, Bill.

SIMON: Looking back, with your sense of history, why did Beta lose out to VHS?

HAMMACK: Well, at first, it's a little bit puzzling. I actually have a Betamax machine in my studio, and it is a beautiful machine. It is heavy. It's very smooth in how it operates, but that's the first part of the problem. At first, the VHS machine was much lighter than the Betamax.

The Betamax weighed about 36 pounds, the VHS 29 pounds. And that doesn't sound like a big deal, but when you're mass manufacturing an object, it impacts everything from material costs to assembly time to shipping costs. 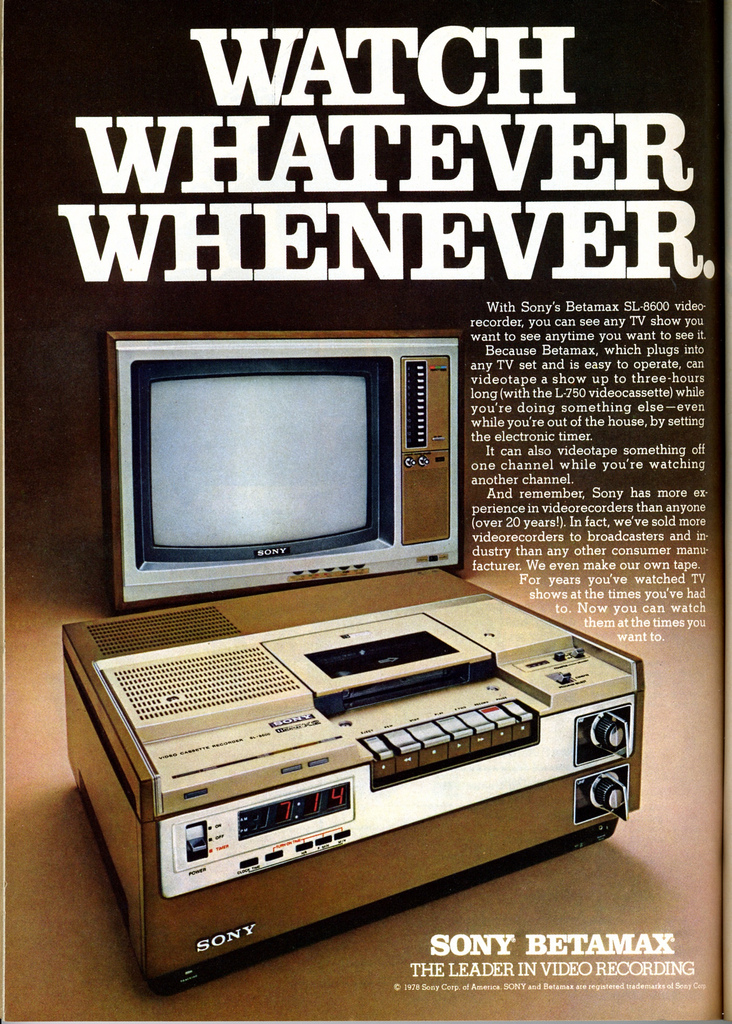 So at the low end of the market, the VHS machines were cheaper than Sony's Betamax. And second, the earliest Betamax played for only one hour. That's the maximum size of the tape. And from the very beginning, VHS was able to play for two hours, so they could get a whole movie. And then that's where the ultimate killer came in - is Betamax focused its energies on timeshifting. And their ads featured headlines like, watch whatever, whenever. And JVC, the maker of VHS, created relationships with the nascent video rental industry. And as that market grew, the VHS grew. And for a while, you could find both types of cassettes on the shelves, but then VHS just took over.

SIMON: There are lots of examples of this sort of thing, isn't there, when there's an emerging technology? It goes in one direction, and then somebody wins and somebody loses.

HAMMACK: Yeah, and there's also a lot of cases where these technologies were just a little bit before their time. I mean, one of favorites is the picture phone. It came out from Bell Labs - or Bell Telephone, actually, in the mid-1960s. And if you're a man of my age, you can remember seeing these at the EPCOT Centers and world's fairs. And Bell...

SIMON: The movie "Seven Days In May" made a big...

HAMMACK: Yes. Yes, they did (laughter). And that was about - that was exactly about the right era for that. And Bell spent some half billion dollars in order to create an amazing network, where they anticipated that they would have a billion-dollar business by 1980, that they'd have 12 million subscribers by the year 2000. Yet, what happened was 71 people used it in its first year. And then six years later, that fell to zero. But what they did almost brought us the Internet because they had little gadgets on these that you could use 35 mm slides. And a business, a person could show data to another person. And so they came very close to developing the Internet in the late '60s, early '70s. But by 1978, they withdrew the phone, and, you know, it lost a half billion dollars for them.

HAMMACK: I think that there is quite a bit of truth to that, in that there had to be a culture that would use it. Now, I do notice now that my sister and I use FaceTime a lot. And it used to be that a video conference was always a by appointment. And usually, you were talking to a boss. But now what I'm noticing is that, culturally, people begin to use it just - my sister will ring on in FaceTime instead of making a phone call. So I think that's changing, but it had not changed at the time at all.

SIMON: Yeah. Do think there are any tips as to what makes something click and catch on? And what are some of the drawbacks?

HAMMACK: Well, you know, I would like a pithy answer to that. But what I always remind students, when looking at engineering failures, is to remember Tolstoy's - the opening to "Anna Karenina," which is - all happy families are alike, but each unhappy family is unhappy in its own way.

So when these failures we look for kind of a simple, uniform explanation, but really, what we have to do is, we have to go in and look for a very rich and a very textured story.

But in general, if you're going to disrupt the technology, you have to bring in something that is substantially new and different. A favorite example of mine is the Dvorak keyboard. We have a certain keyboard called a QWERTY keyboard. You could look at the upper left-hand corner. There's the five letters - Q, W, E, R, T, Y. I guess that's six letters, isn't it?

HAMMACK: Exactly. But they - there was a man named Dvorak who came up with a different kind of keyboard in a different arrangement. And while it did allow people to type faster, it was only about five or six percent faster. And that's not enough to really displace the technology.

SIMON: Yeah. The mood ring I understand was almost something else entirely.

HAMMACK: (Laughter) I love the mood ring. In the 1950s, a man named James Fergason came across a kind of liquid crystals that would respond to temperature. And he really wanted to use them to diagnose disease. He'd learned that if you take a thin layer of these liquid crystal and you paint them on the body, you get this very dramatic swirl of colors that reflect the temperatures under the skin. And they could reveal, you know, circulatory problems - hemophilia, arthritis, diabetes. And he even came up with a way to detect breast cancer, but this never really took off. And instead, as you point out, its final use was in the mood ring.

SIMON: Bill Hammack at the University of Illinois, the Engineer Guy on YouTube. Thanks so much for being with us.