When I look at White Sox pitcher Chris Sale, it is hard for me to fathom where this power pitcher gets his strength. This slight, lanky player clocks in at 6’6” and 180 lbs. “If I could gain weight I would,” said the 23-year-old Sox hurler. “My grandfather, my uncles and dad were all skinny.” 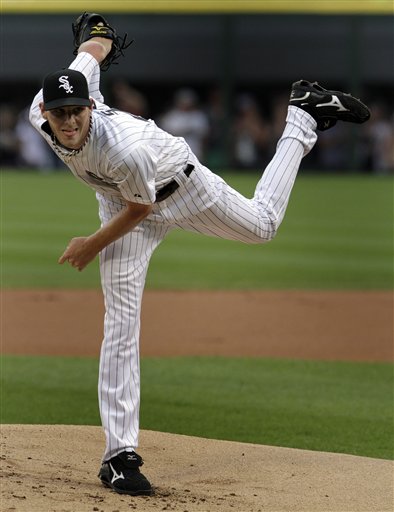 But the lefty All-Star has proven that he has the right stuff, with his 10 and 2 record with a 2.19 ERA. His fastball can come at an opposing hitter at 100 mph and Sale’s devastating slider is compared to former Cy Young winner Randy Johnson’s (Sale is under consideration for this year's award). Let’s take a closer look at the young pitcher, who this year moved from the bullpen to the starting rotation.

As a kid growing up in Lakeland, Fla., Sale played ball every day. He started playing catch with his father, Allen, as soon as he could walk.

The 2010 top draft pick sailed through the minors with just 11 appearances and was brought up just months after he was drafted. Last year he spent his time in the White Sox bullpen, where he was used primarily against lefties. During his time in the pen he learned to improve his slider, which he said was below average to average in college. “Coop [Pitcher Coach Don Cooper], [Bullpen Coach] Juan Nieves and the late Kevin Hickey taught me a different grip and I finally found it,” said Sale.

Earlier this season, Sale experienced some tenderness in his elbow. White Sox management decided to return him to the bullpen as the closer. The move was tough on Sale. “I kind of got down on myself,” he said. “Starting is something I always wanted to do, but I didn’t want to mope, be a bad teammate or be selfish.” Sale’s health later improved and he was put back in the rotation — with certain conditions. 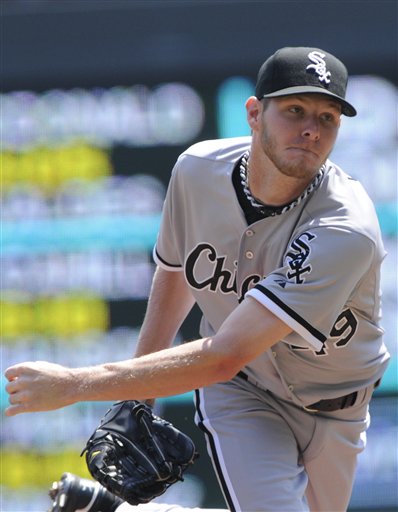 The Sox brain trust decided Sale would pitch only on either five or six days of rest. But the length between starts doesn’t faze him. “I take the mound and don’t think about innings limits or getting hurt,” he said. “The only thing is pitching.” Sox manager Robin Ventura even had Sale miss his start last Sunday so the ace lefty would be available in the All-Star game. Of course, to be selected for the mid-season classic was a dream come true.

Sale credits his success in part to help from veteran catcher A.J. Pierzynski, one of the best in the league (despite being kept out of this year’s All-Star team). Sale said he trusts all the Sox backstops; he has yet to shake them off their pitch selections.

Now, when he’s not on the mound, Sale enjoys playing with his 2-year-old son, Ryland.  After a bad game, Sale said, “I walk in my front door my wife, [Brianne], and my little boy, they don’t care. I could give up eight runs or have eight shutout innings — it doesn’t matter.”

“That’s the fun part of being a dad,” Sale added. “He is going to love you every day.”

Of course this year there have not been too many bad days at all. Now, as the second part of the season begins and the playoff race heats up, the White Sox will still be cautious with their All-Star pitcher. Sale’s dominance will have to continue if the club wants to be playing baseball come October.