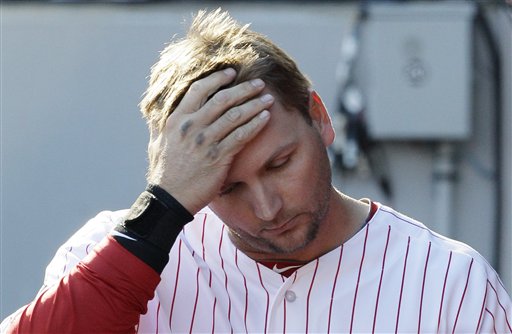 Lead story: A pair of epic sports collapses punctuated the weekend in Chicago. On the city’s South Side, the White Sox let their grasp on the American League Central division – and their only shot at the playoffs – slip away. Meanwhile, out in suburban Medinah, the U.S. Ryder Cup team experienced a historic meltdown on the competition’s final day and gave the title back to Team Europe. Obviously, the White Sox collapse hurts worse for city sports fans and will linger longer heading into the long, dark winter (not that Sox attendance numbers are any indication of the team’s success this year). The Sox are still mathematically eligible but will need a miracle just to push a one-game playoff with the Detroit Tigers.

Also: Violence is so out of control in Chicago – crossing 400 homicides for the year with a quarter still left to go – that the city is out of ideas and is asking for yours and mine, provided you can tweet them. It’s part of Chicago Ideas Week (which is amazing and worth checking out): Come up with a solution, tweet it, include the hashtag “#whatifchicago” and the best ideas will be debated at a panel on October 11. CPD chief Garry McCarthy will be there while, but tellingly, Rahm Emanuel (or anyone otherwise associated with City Hall) will not.

And then: Over the weekend, Lindsay Lohan got involved with police after a scuffle in her hotel room with a young man who Lohan says had been taking cell phone photos of her. The young man? Christian LaBella, a D.C.-based aide for downstate Illinois Rep. John Shimkus. LaBella seems to have a thing for celebrities. Police arrested him and charged him with assault, but after looking into the incident a little more, those charges were dropped. Both Lohan and LaBella filed harassment claims against each other. Rep. Shimkus office acknowledged LaBella was in their employ but stressed the congressman did not condone any of LaBella's actions.

RIP: Arthur O. Sulzberger, legendary publisher of the New York Times, at the age of 86. Sulzberger served as publisher from 1963 until 1992 when he passed the job to his son, Arthur Sulzberger Jr., and then served another five years as chairman before he passed that job to his son as well. During his 34 years in those positions, Sulzberger expanded both the paper’s scope (by introducing new features sections) and importance, helping to make it one of the leading international news authorities. Perhaps one of his single greatest achievements was publishing the Pentagon Papers in 1971.

Finally
This domino set-up beats anything I’ve ever accomplished in my life. [via]