As a Chicago historian, I’ve fielded all sorts of questions. Believe it or not, one of the most often asked questions has been—Why is Jefferson Street off by itself, instead of with the rest of the downtown president streets?

Thomas Jefferson was one of our greatest presidents. He wrote the Declaration of Independence. His face is on nickels, and on Mount Rushmore, and on the $2 bill. He has his own memorial in Washington. Our city certainly could have remembered him with a more prominent street.

I came up with various answers why Jefferson was so neglected. Truth is, I didn’t really know for sure until recently. Then I got my own copy of A.T. Andreas’s History of Chicago. 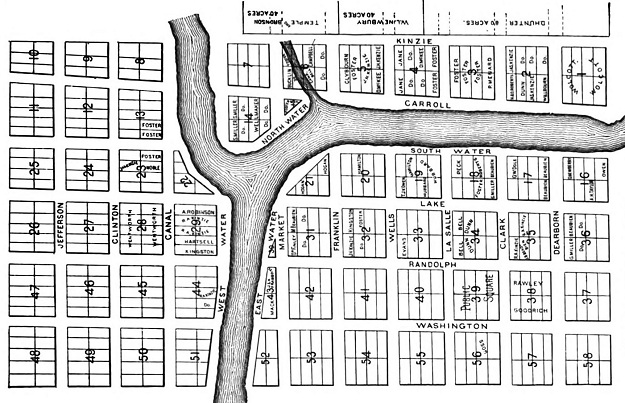 Andreas published his opus in the 1880s, and it’s unbelievable—three volumes, running a total of 2,000 pages of tiny type. It has just about anything you’d want to know about early Chicago, and even more things that you’d never image you wanted to know.

(One example of the latter—For Chicago’s first mayoral election in 1837, Andreas doesn't just present the totals. Rather, he goes down the entire list of 709 registered voters by name, and tells us how each person voted! Secret ballots weren’t yet in fashion in 1837.)

I’d worked with the Andreas books before, but always in a library. Now all the volumes had been digitalized and I could afford to purchase them, and page through at my leisure. I finally found the answer to the Jefferson Street question in Volume One, on page 194. 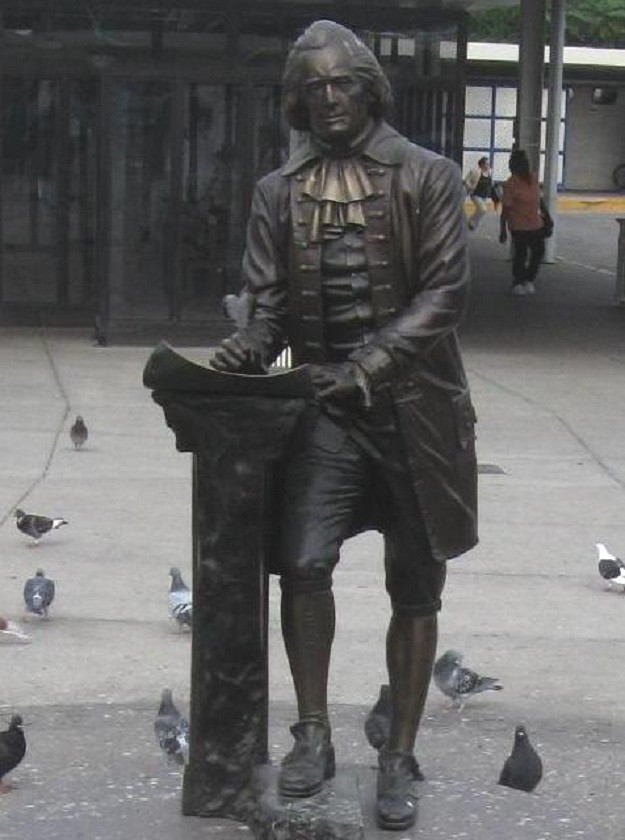 The first survey map of Chicago was platted by James Thompson it 1830. The village limits then stretched from Dearborn Street on the east to Jefferson Street on the west, and from Kinzie Street on the north to Washington Street on the south.
Of course, Dearborn Street was named for Fort Dearborn, which was still operating in 1830. As for the other three street names, Andreas says: “From this arrangement (which disarranged the presidential succession), the presumption is reasonable that the Chicagoans named these boundary streets after the three most prominent men, according to their ideas—George Washington, Thomas Jefferson, and John Kinzie.”
Those boundary streets were important to early Chicago, and were named for important people. Washington was the first president. Kinzie was considered Chicago’s pioneer settler. So rather than being disrespected, Jefferson was given his particular street as a mark of honor.
No other presidents had streets in that original survey. Madison, Monroe, and the rest came later. But as Chicago grew and evolved, Jefferson Street became something of a backwater.
And that’s why Jefferson Street is where it is.