If you’ve ever driven the Kennedy Expressway to O’Hare—or to the far Northwest Side—you know about this bottleneck.  You sail through the Edens junction, and suddenly everything comes to a screeching halt. Traffic crawls along for the next few miles, until you pass Harlem Avenue. Then the highway opens up again.

Why does this happen? It all goes back to the original design. 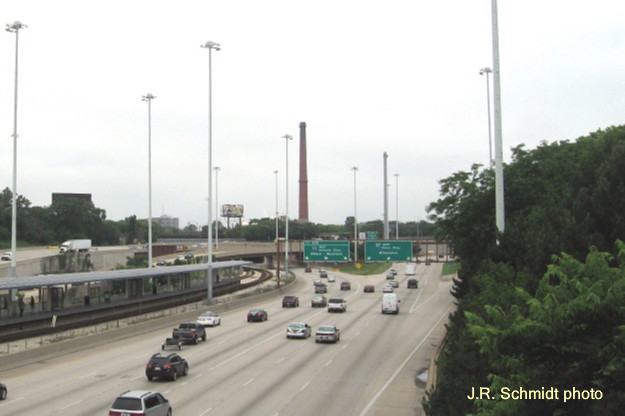 The Kennedy-Edens junction was complicated enough, with three railroad lines and busy Cicero Avenue right there. Building two additional ramps would involve additional land clearance and be wildly expensive.  Therefore, the planners didn’t bother with them.

During the 1960s, a Crosstown Expressway was proposed as an extension of the Edens south along Cicero. This meant that a full Kennedy-Edens interchange would be built. But the Crosstown was never constructed, and the Kennedy-Edens junction remained as it was. 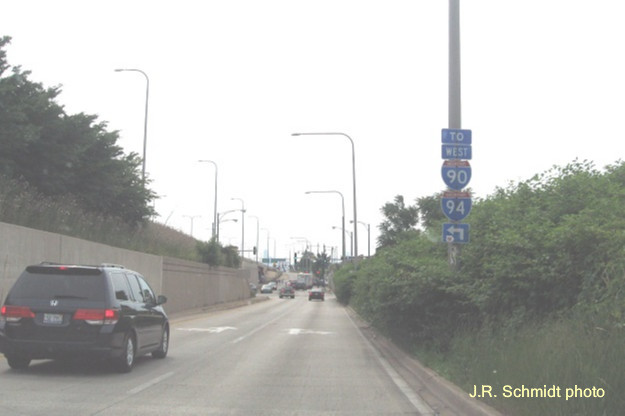 You can follow the same procedure going from the inbound Edens to the outbound Kennedy—drive through the junction, then use the Keeler exit/entrance maneuver. But most drivers follow a different route.

Now you have all this traffic getting on the outbound Kennedy at Foster, and at Nagle-Bryn Mawr. Meanwhile, there’s a significant curve in the expressway that slows things down in the stretch between these two entrances. Result—a three-mile jam back to the Edens junction.

So, how to solve this mess?

1—Eliminate the Sayre exit. This exit was actually meant to serve Talcott Avenue, which was Illinois Route 62 when the expressway was constructed. The exit is little used today, and is only a few hundred feet from the Harlem exit. 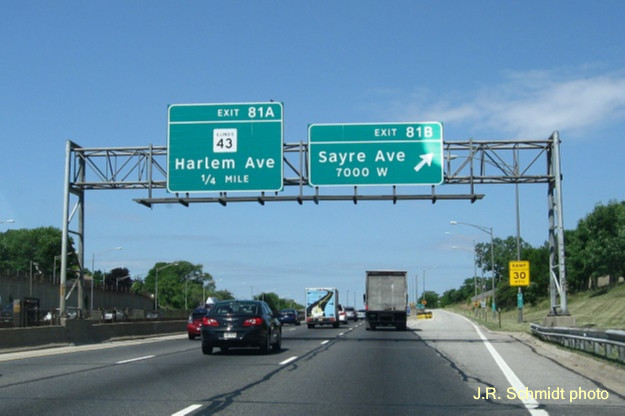 2—Build segregated acceleration/deceleration lanes along the outbound Kennedy between Nagle and Harlem. There’s lots of space for them, though the greenery would have to be sacrificed. 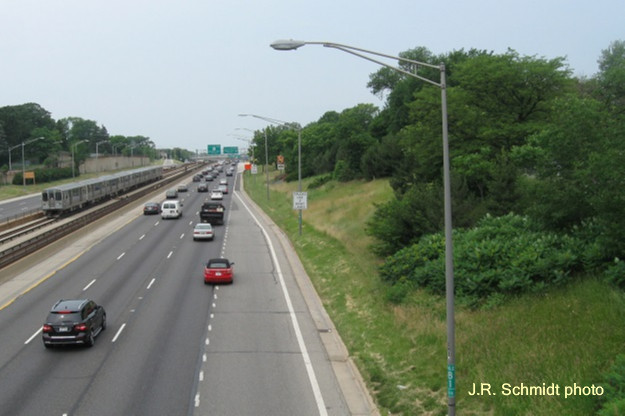 I’m not a traffic engineer, so I don’t know if this is the best solution to the problem. But the present arrangement sure isn’t working.