Last year's Women’s March came on the heels of President Trump's inauguration, attracting protesters who disagreed with his statements and actions on the campaign trail. It was also flooded with Hillary Clinton supporters, discouraged that they wouldn't see the first female U.S. president. Marches took place across the country and the world, and reports said it ended up being largest single day protest in U.S. history.

This year, marches had a specific focus: getting more women to vote and run for office. The theme, "Power to the Polls," was clear in speeches and signs Saturday in downtown Chicago. Organizers says 300,000 people attended the March, but Chicago Police didn't give an estimate on crowd size.

As marchers flooded Grant Park, public officials, activists, and organizers took to the stage to drive home the message. Cook County Commissioner Bridget Gainer's organization Cause the Effect Chicago pushes more women into the political process-training them on how to run for office, and organize fundraising campaigns. Gainer says just having more women on the ballot can make a difference. 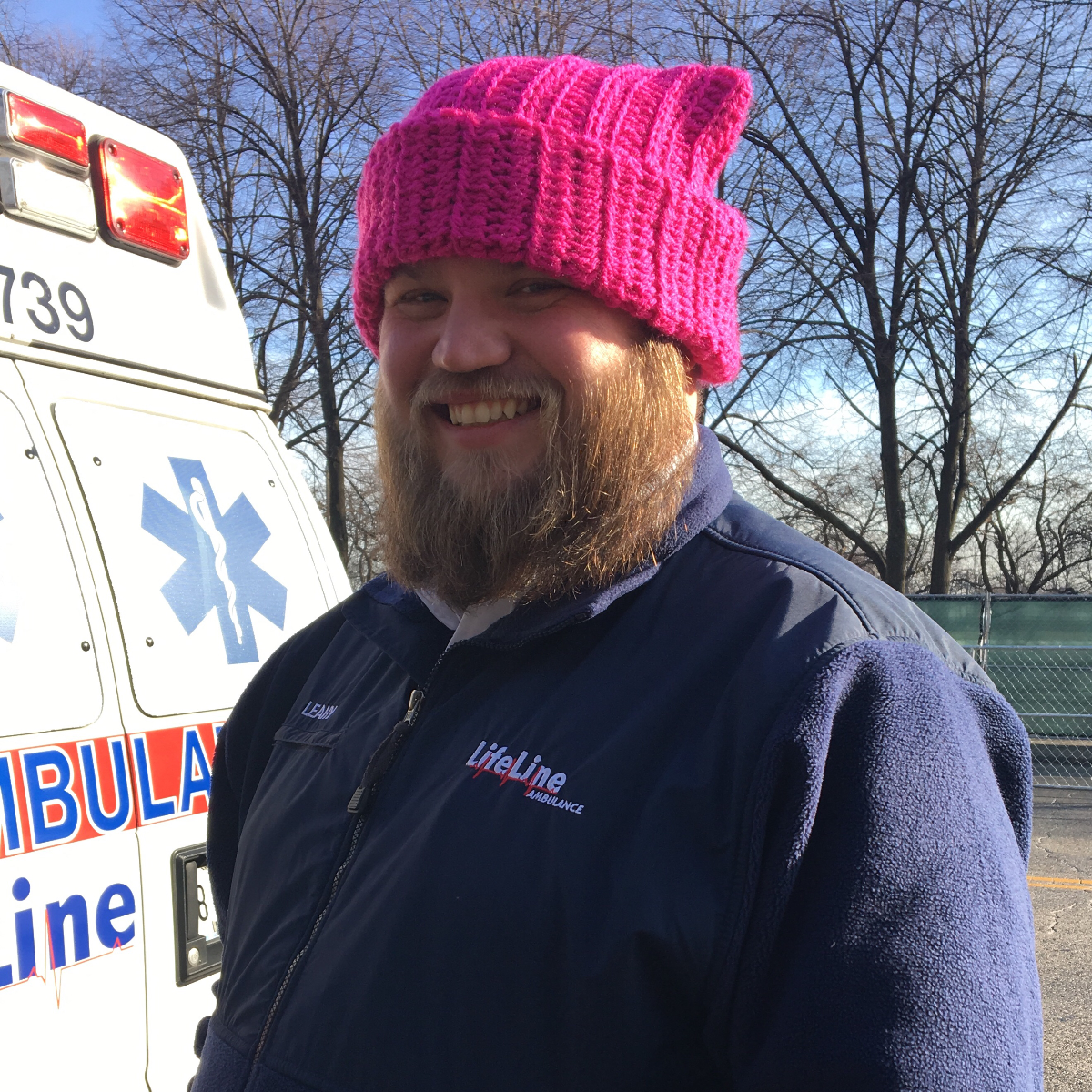 Out in the streets, as the March made its way to Federal Plaza, participants like Audrey Davis made their mission clear on the signs they carried. Davis is Chair of the Illinois Coalition of African American Women Progressives. Right now she's focused on getting answers from candidates for Illinois Governor.

Davis  said she's sent surveys to the candidates, and wants "specifics about what would they do should they be elected to solve the crisis of crime, unemployment, education, police brutality." Davis said she's still deciding on who she will back in the race. 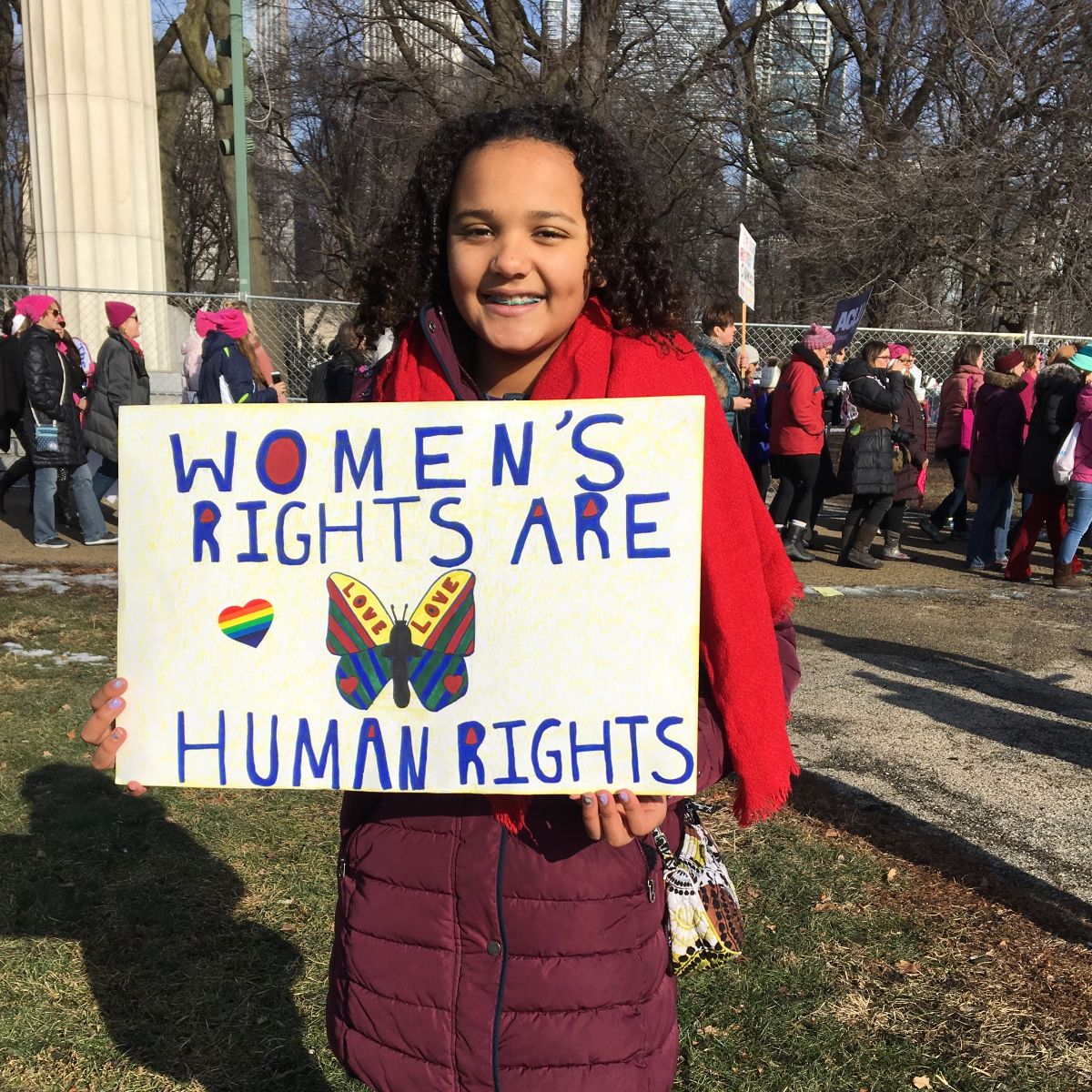 Like last year's March, there was a strong presence of Trump detractors, some who felt personally affected by the President's actions. Evanston 8th grader Ava Daye was there with a group called Dance Demonstrators. They travel to protests and perform choreographed dances. Daye said her dad is from Haiti, and the allegation that Trump disparaged her Dad's home country left her dejected and frustrated. 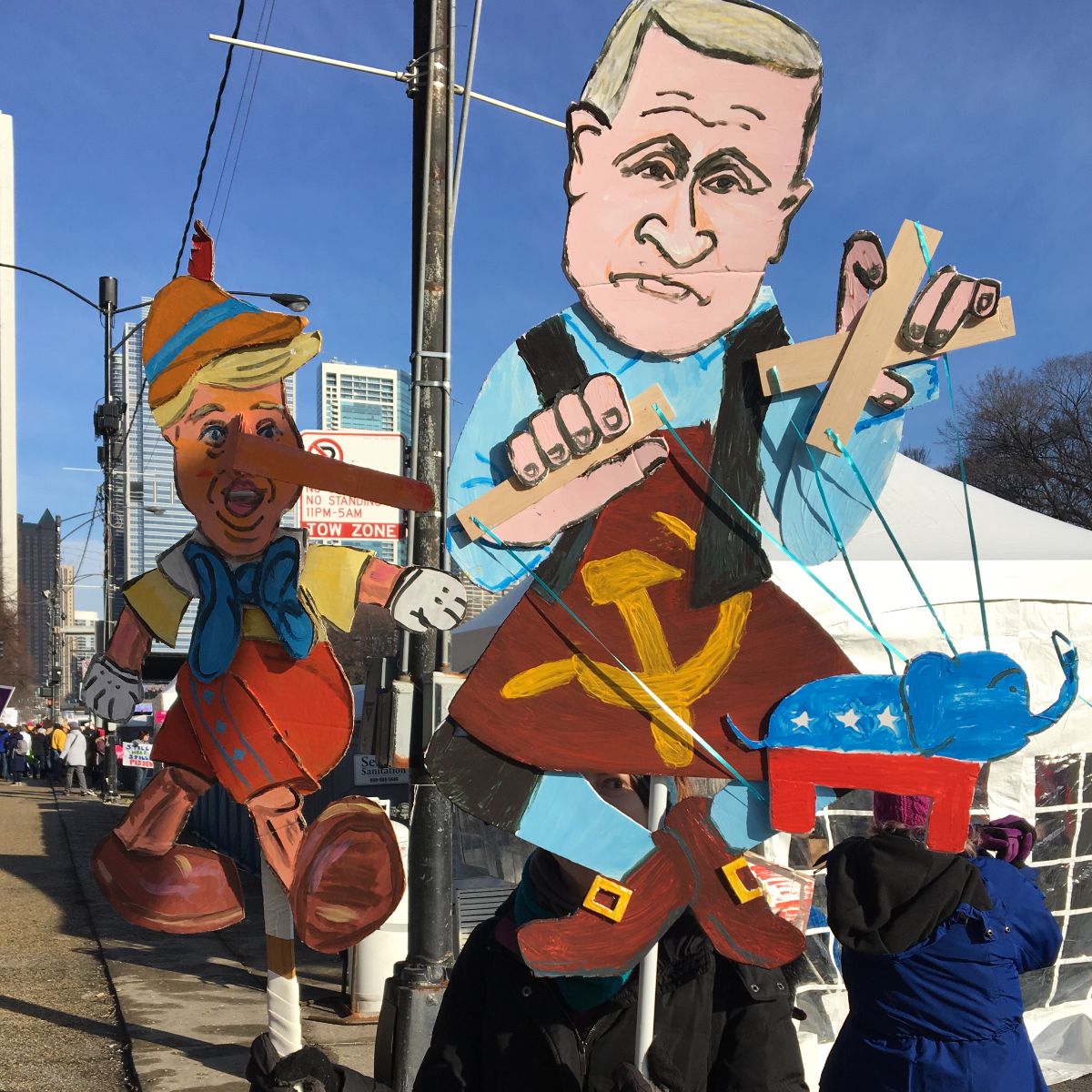 There were other anti-Trump signs but the day had a general tone of hopefulness, and calls for action at the polls. That's something Rev. Bryant Jones, Sr. emphasizes to his congregation at Samaritan Bible Baptist Church.

Jones said he tells them: "If you don’t vote, don’t come back. That’s just how important it is."