Nico Deportago-Cabrera is no stranger to the streets of Chicago. The bike messenger and Logan Square resident has spent the last eight years clocking insane travel times around the city: 30 minutes from downtown to north suburban Evanston, and 18 minutes from the Willis Tower to Wrigley Field. He’s even been named the fastest bike messenger on the continent after winning the men’s division of the North American Cycle Courier Championship this year in New York City.

Morning Shift caught up with Deportago-Cabrera for its latest installment of its Working Shift series. Here are some highlights and insights from the nation’s fastest bike messenger.

If a bike messenger is weaving and bopping through traffic, Deportago-Cabrera said the courier is probably not on a “daredevil trip.”

“When you’re out there, and you’re doing this for a living, after a while you do start to get a sense for the timing and rhythm of a city,” he said. “Develop a sixth sense for when a car is going to switch lanes without signaling.”

Deportago-Cabrera compared riding a bike to surfing a wave. “There’s this thing you can’t control and you learn to find the rhythm within that -- a way to master it.” 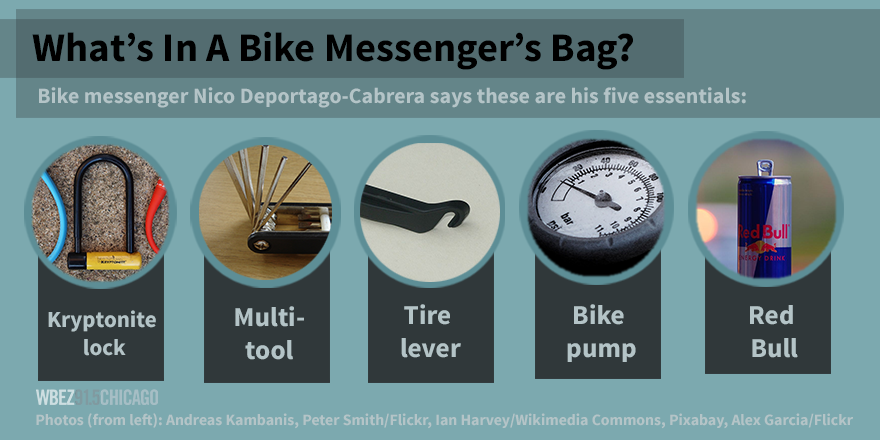 Don’t Break Your Back -- Or Bike -- Over The Small Stuff

“Through the windshield of a car, bike messengers may look a little reckless or heinous,” Deportago-Cabrera said, adding that he has experienced a few close calls, but they are pretty rare. Regardless, Deportago-Cabrera said the No. 1 rule is not to wreck yourself -- or your bicycle -- over a package.

“There’s no package worth an injury or a broken bike,” he said. 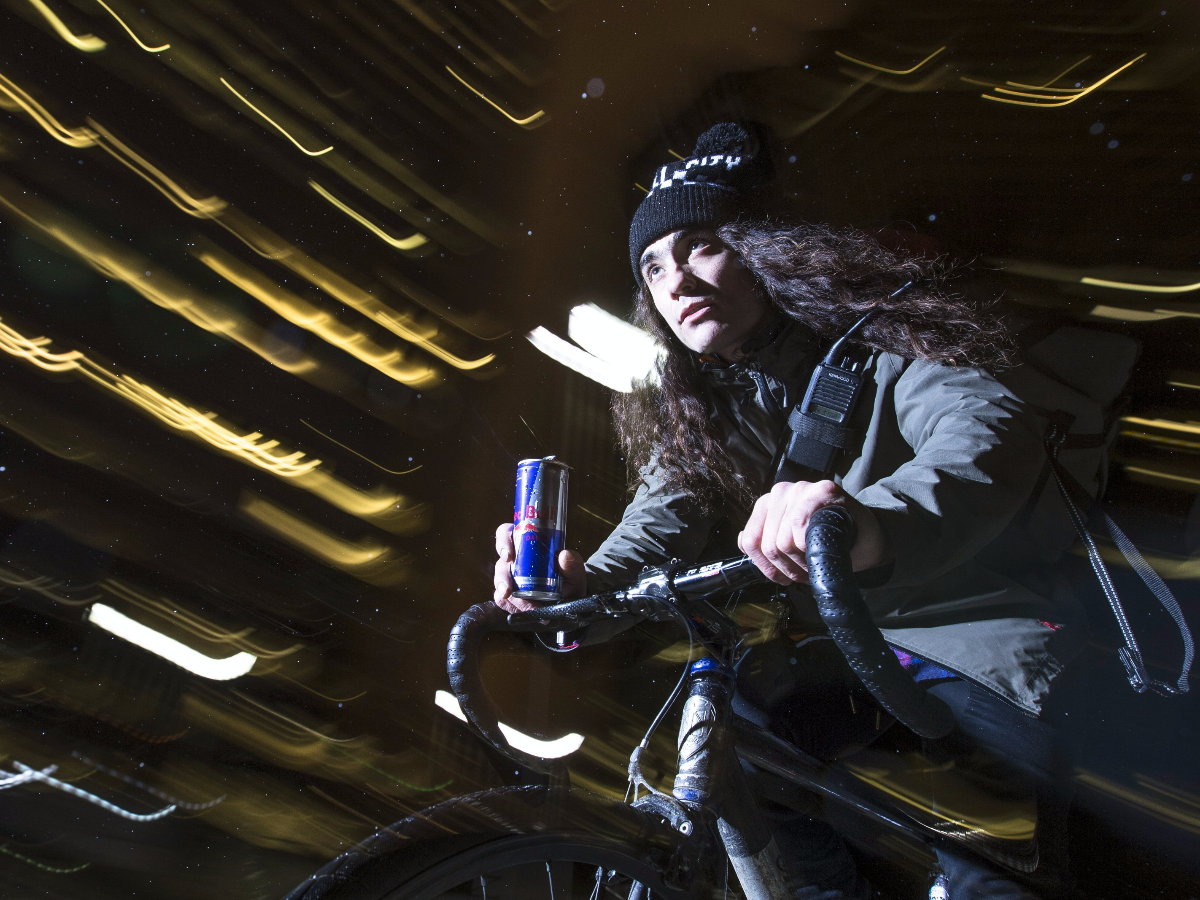 “After the [Great Recession], there wasn’t enough work for everybody so a lot of couriers left the road, but a lot [of them] were trying to continue in this business. [We] started seeing food delivery companies pop up that were run by couriers who used to deliver paper. So now there’s a bunch of collectives in the city where they operate like a traditional messenger service but all the couriers are part owners. … It’s opened up a door for new side of the industry.”

“Everyone wants to hire messengers in the winter because everyone quits in the winter,” Deportago-Cabrera said. “I started this job when my old band broke up. I still haven't figured it out, and I'm about to hit my 10-year mark and 'they' say once you hit 10 years, there's no going back.”