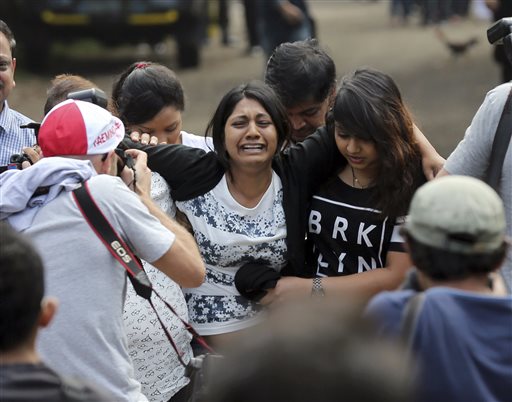 Eight people convicted of drug offenses were executed this week by firing squad in Indonesia. Seven were foreign nationals. Australia withdrew its Ambassador over the execution of two of its citizens. We’ll discuss the case with Jeffrey Winters, founder and director of the Equality Development and Globalization Studies program at Northwestern University.

Guest: Jeffrey Winters is the founder and director of the Equality Development and Globalization Studies program at Northwestern University.

The week Republican lawmakers proposed a bill that would make it harder to transfer inmates from the Guantanamo Bay prison. The House Armed Services Committee meets today to discuss the draft bill. This Saturday there will be a public reading of the book, Guantánamo Diary, at Northwestern University. The book was written by Mohamedou Slahi. Slahi was taken to the Guantanamo prison camp in 2002. He has never been charged with any crime. He began to write the story of his experiences in 2005 and handed a manuscript of the book to his lawyers in 2006. The U.S. government seized it and held it as a ‘top secret’ document for almost a decade before it was finally released, with official redactions, in 2015. Ian Hurd, professor of political science at Northwestern and one of the organizers of the event, joins us to talk about the Slahi case.

Guest: Ian Hurd is an associate professor of political science at Northwestern University. You can learn more about the Guanatamo Diary marathon reading here, or sign up to be a reader here.

This last week has seen three big companies drop three controversial ingredients.. Chipotle announced that its entire menu is now GMO free. Tyson announced it would phase out certain antibiotics from chicken operations and Pepsico said its taking aspartame (or Nutrasweet) out of its Diet Pepsi in the US but not the UK. At the same time, first lady Michelle Obama is partnering up with our friends at Boston Public Radio on the Healthy Lunchtime Challenge. What does this all mean and will it make us healthier? WBEZ food reporters and producers Monica Eng and Louisa Chu are here to talk about it.

Guest: Monica Eng is a reporter and producer for WBEZ Chicago. She is also a co-host of the podcast Chewing the Fat.

Guest: Louisa Chu is a contributor for WBEZ Chicago and co-host of the podcast Chewing the Fat.

Konono No.1, a Congolese band that’s been playing since the 1960’s was founded by Minigiedi Mawangu, one of the first African musicians to amplify the thumb piano known as the likembe. It’s that instrument that gives Konono No. 1 it’s unique sound. Mawangu died earlier this month at the age of 85. Today on Global Notes, Morning Shift and Radio M host Tony Sarabia gives tells us more about the band’s unique sound and its place among the indie rock world.

Guest: Tony Sarabia is the host of WBEZ's Morning Shift and Radio M.