That stretch of 71st Street in the South Shore neighborhood is in one of the city’s most mixed-income communities, with subsidized apartment buildings sitting just a block over from stately homes on sprawling lots.

It’s a mix that enhances the character of the community, but it also presents obstacles in planning diverse economic development. There’s a clientele for all those nail salons, takeout restaurants and dollar stores, but higher-income residents often leave South Shore to shop and dine. The repetitive businesses, plus the absentee landlords, present a challenge in bringing in a variety of stores.

“We’ve got a bunch of convenience stores that sell outdated products, that sell drugs out of them, that sell the loose cigarettes. All of these things that impact peoples’ quality of life,” said Ald. Leslie Hairston (5th Ward), whose office also sits on 71st Street.

In 2016, police responded to 182 batteries, 133 thefts and 95 cases of criminal damage to property on that stretch of 71st Street, according to city data. Other crimes range from shootings to loitering.

Hairston’s frustration with all that has manifested into a bold proposal — downzoning.

Downzoning would change the one-mile stretch from commercial to residential. Under this kind of zoning, any new business owner would have to come to Hairston’s office for approval to open on 71st. This measure would not affect existing businesses.

The idea is that downzoning wouldn’t be to build bungalows amid a sea of storefronts, but rather to give the alderman the ability to ensure that a variety of businesses come to the street, and help prevent problem ones from opening their doors.

“The idea was to try to get some control. All the good things that are happening — we still need to get our corridor together,” Hairston said “You can’t keep doing the same thing and expecting a different result. And so you have to try something different.” 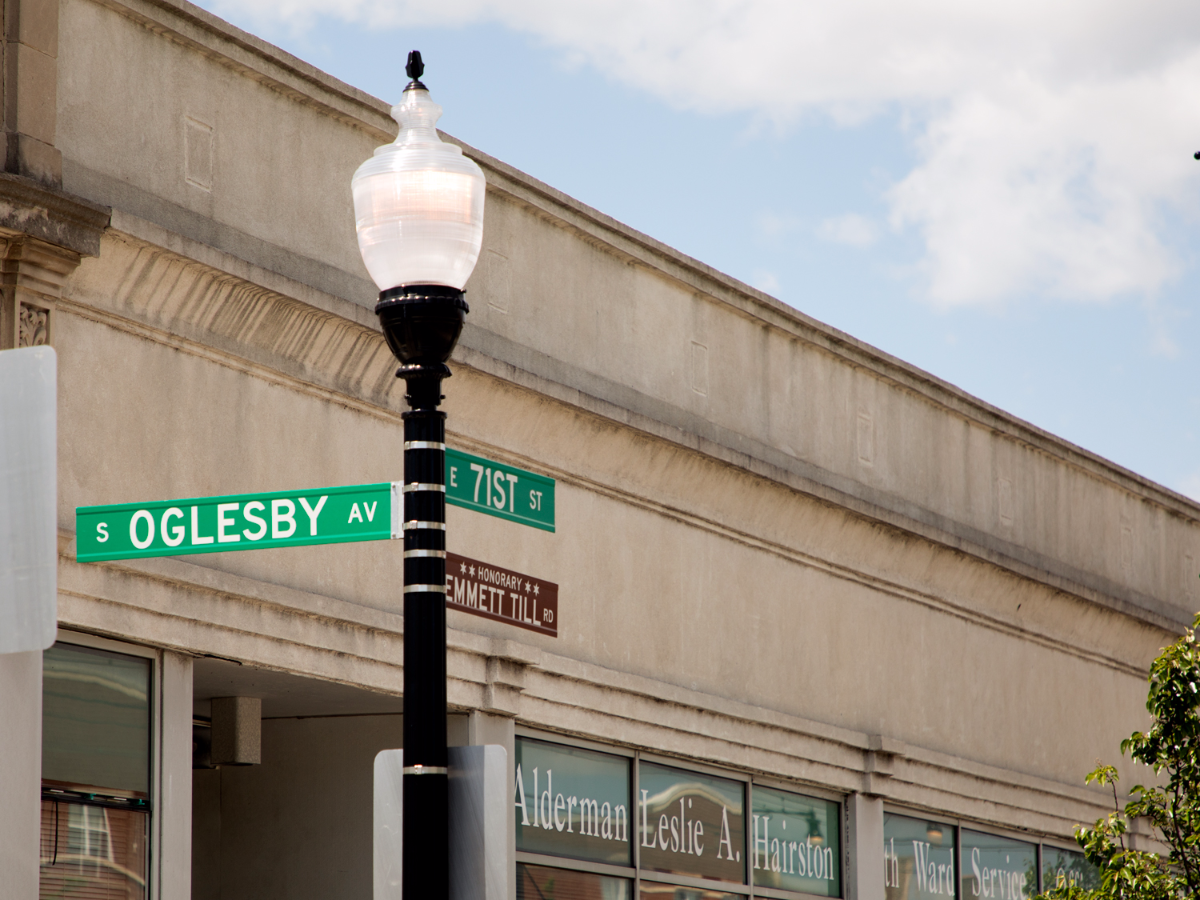 Downzoning happens all over the country for different reasons, including to control density and protect green space. In Chicago, downzoning has been criticized for preying on racial fears to keep blacks out of certain wards. Downzoning has also been seen as a way for aldermen to wield unbridled control over pet projects.

These aren’t the criticisms leveled at Hairston, but some residents wonder if downzoning is the appropriate tool to determine land use. They worry rezoning fees set up a barrier for entry that’s out of reach for small businesses. The concern was so strong that Hairston pulled her proposed ordinance from the zoning committee this month so she could gather more community feedback.

Tanya Trice, executive director of the South Shore Chamber of Commerce on 71st Street, said she has had a hard time with many building owners.

“I’ve reached out to them time and time again with no return phone calls, broken promises on meeting me with potential businesses that would like to occupy their space,” Trice said.

“While downzoning would not be my first option, I do think something definitely needs to be done,” Trice said. “I’m glad that the alderman is taking action. And I hope that the other property owners and business owners are taking note that we want to have a voice in the businesses in our community. We want responsible, viable businesses in our community and we deserve them.” 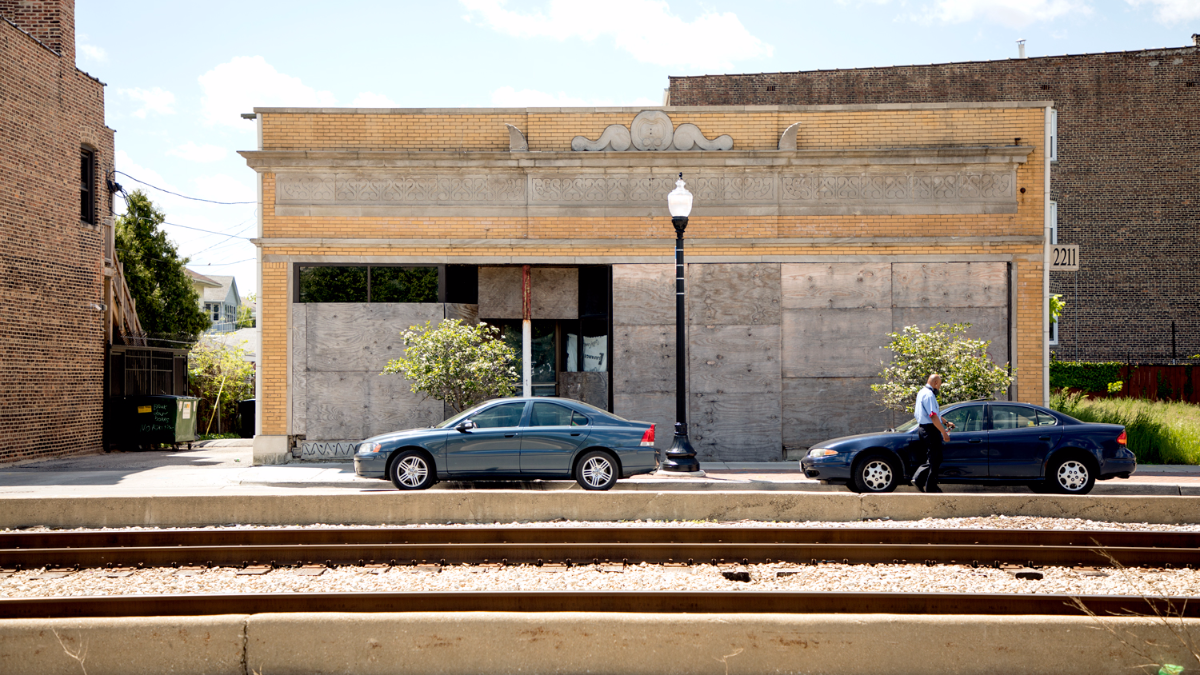 Businesses such as sit-down restaurants, clothing stores and a full-service grocery store, she said.

Siv Sjursen, who has lived in South Shore for 13 years, said the biggest problem is all the empty storefronts on 71st Street.

“When I moved into the neighborhood, there was an empty lot just down the street from here that had a big beautiful sign that said pancake house coming soon,” Sjursen said. “People were really planning how they were going to utilize that business. They were excited to have that restaurant come to the neighborhood. And the sign rotted away and it’s still an empty lot. There’ve been a lot of false promises, there’ve been a lot of discussions about things coming and no sort of coordinated effort.

“My concern is that it will be a deterrent to new businesses, particularly small independently owned local businesses that don’t have a lot of margin to hire a zoning lawyer or go through the zoning change process,” Ribstein said.

It’s not all dollar stores on 71st Street. Some cafes are already there, such as Give Me Some Sugah Cafe. The potato chip cookie is the signature item — a butter cookie with actual potato chips and pecans.

Owner Lenore Lindsey, dusted in light flour from baking a red velvet cake for a graduation, said downzoning could be a good thing because it might prevent nuisance businesses from popping up. But would she have come to 71st Street if downzoning was the rule?

“When I opened the business, I was determined to be on 71st Street and be in my neighborhood and that's what I wanted,” Lindsey said. “My guess is I would have pursued it had I had to go that route. If you’re invested in the neighborhood, I think you’re more likely to pursue it than if you’re an outside entity.” 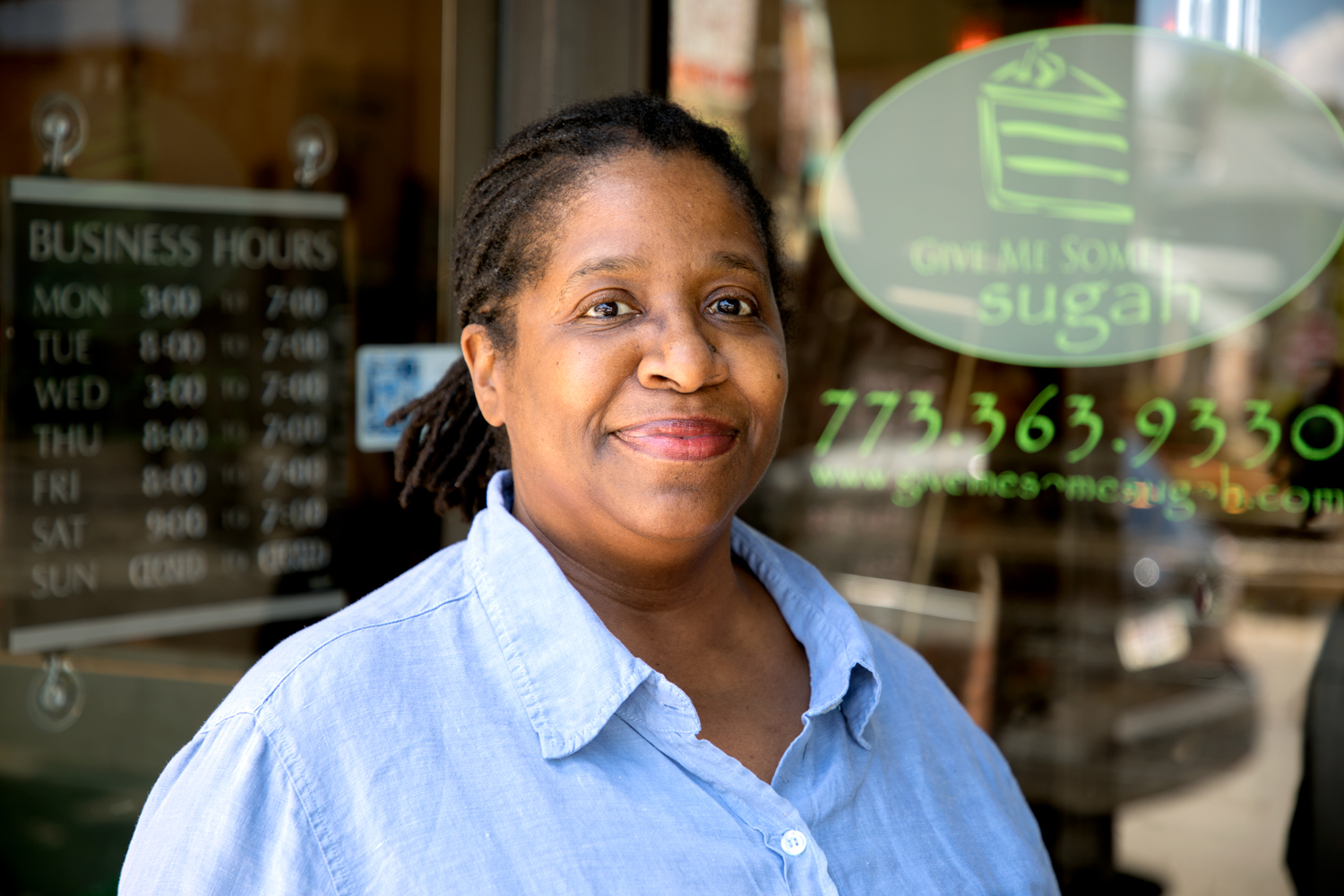 For future business owners, the nonrefundable application fee would be more than $1,000. That’s not a small expense for a small business, Lindsey said. She thinks businesses that don’t have deep connections to the neighborhood might be less likely to pursue a spot on 71st if it were downzoned.

And that, Lindsey said, would be a problem.