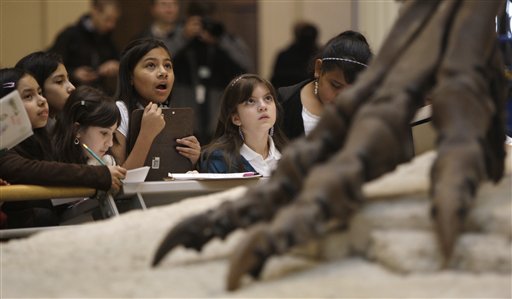 In this next story, we make a market for dinosaurs. There was no money when Tyrannosaurus rex walked the earth - you know, the whole 40-foot tall thing with the giant tail and the tiny arms and the huge teeth. But today, you can put a price on a T. rex thanks to a particular dinosaur known as Sue. Stacey Vanek Smith with our Planet Money podcast has more.

STACEY VANEK SMITH, BYLINE: Sue was found in the Badlands of South Dakota. It was 1990. Pete Larson was a fossil hunter, and he was out looking for bones. One of the members of his team went to take her dog for a walk. She came running back.

PETE LARSON: She holds out her hand with these two pieces of bone with this honeycomb pattern. And I asked her if there was more there, and she said there's a lot more there. And so we ran - literally ran - to the site about two miles away. And here were these basically pieces of bones just dripping out of the side of this cliff. 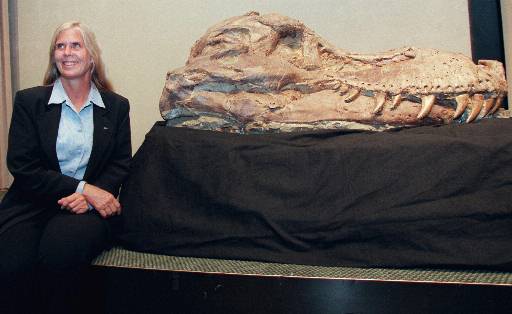 SMITH: It was a Tyrannosaurus rex, the biggest, most complete T. rex skeleton ever found. Larson named it Sue in honor of Sue Hendrickson, the woman who discovered it. Larson's team carefully excavated the bones and brought them back to his shop in Hill City, S.D. He wanted to use Sue to start a museum. News of Sue spread fast. Scientists came to study her. Reporters flew in.

LARSON: And then one day, there was a knock on my door. I was showering at 7:30 in the morning and getting ready to come to work. And I walked out, and there's 35 FBI agents and National Guard and all kinds of people here.

SMITH: Sue had landed in the middle of an epic legal battle. The rancher who'd owned the land Sue was found on said Sue belonged to him. Pete Larson said he'd paid for Sue, but there was no written contract. Sue's bones were held as evidence in a sea freight container in the boiler room at the South Dakota School of Mines. Pete would go at night and talk to her.

LARSON: Looking in the window at the container, it was sad. I mean, to lock up this wonderful animal just - it was just wrong.

SMITH: The court decided in favor of the rancher. Pete was crushed. So was everyone in his little town who thought a museum with Sue in it would put Hill City on the map. Sue belonged to the rancher, and the rancher decided to sell her to the highest bidder. It was a sale like nobody had ever seen. Sotheby's took it on.

UNIDENTIFIED MAN: We have for auction today the fossil of a Tyrannosaurus rex known as Sue.

SMITH: To some people, this was a crazy moment. You didn't auction off a dinosaur. It was a scientific find, one of a kind. Lance Grande is a paleontologist with the Field Museum in Chicago. It was one of the bidders. He says there were lots of others.

LANCE GRANDE: We bid against other museums, gambling casinos, real estate companies and even one private individual who wanted it for an ornament in his living room.

SMITH: There were just two bidders left, the Chicago Field Museum and a real estate baron from Florida. He bid 7.5 million. That was the Field Museum's preset limit, but the museum really wanted Sue. They decided to bid one more time. 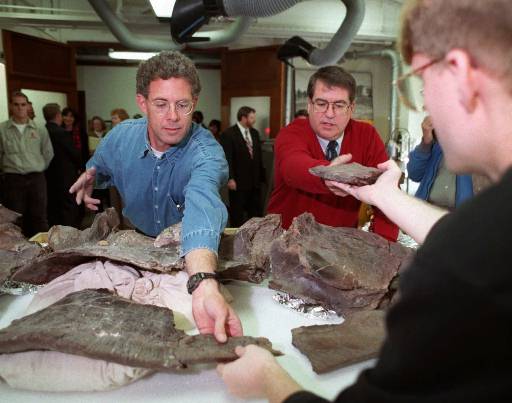 SMITH: Sue went to the Field Museum. She's still there today. But that moment when the gavel fell, that moment changed paleontology forever. Now people knew dinosaurs had a price tag and a pretty big one. Lots of non-scientists started combing the hills of South Dakota, Montana, and Wyoming hoping to strike it rich. Stacey Vanek Smith, NPR News.