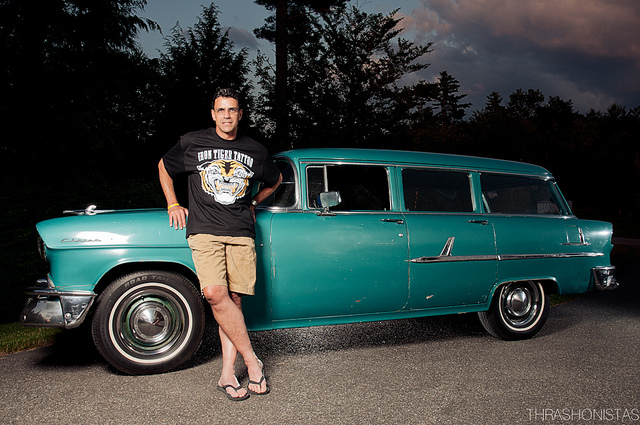 I totally get it: Detroit and the international car community are the main drivers (pun-intended) in industrial production and economic well being.

No one can debate the fact that as goes GM, Toyota, Honda, BMW, Mercedes, etc, etc, etc. – As goes the world economy.

What I don’t get; or, should I say, what I no longer get is why we collectively are so fascinated with cars. Recently, I went to the Chicago Auto Show, and frankly, I was underwhelmed! Oh sure, there were a number of beauties to be found there.

Cars that mimed and mirrored car executive Robert A. Lutz’s iconic statement: “We are in the art business...art entertainment and mobile structure, which coincidentally, also happens to provide transportation.”

Yes, there were a number of stunning pieces of art there to covet and admire: Jaguar Roadster; Corvette Stingray; Ferrari F12 Berlinetta; Infinity Q50 Sport; and, of course, the Maserati Quattroporte.

But except for these stand out Cinderella’s, the rest of the ball was populated by a pretty pedestrian (again, pun-intended) crowd. As far as I was concerned, most of the cars on display, very much looked alike. The Fords looked like the Mazdas.

The Nissan SUV’s could hardly be distinguished from everybody else’s SUV’s. The Honda, Hyundai and Toyota sedans were all peas from the same pod. And, I wasn’t the only one who felt that way.

I went out of my way to ask a lot of people who were there, what they felt about the show, and, generally, they agreed with my opinion. One gentleman, I talked to who was around my age, nailed it for me.

He said that when our dad’s were growing up, cars were a rarity, an extravagance, a luxury.

By the time our dads became dads, cars were still alluring and exciting, but they were becoming commonplace. And for our generation, he went on to say, while many cars are beautiful, expensive, and mobile symbols of class, most of us see cars as a utilitarian necessity.

We may still want to drive a Cadillac, but if the price is right and you can get a 10-year “bumper to bumper” guarantee, a Kia will do – at least for a while. Bill was spot on! Cars are beautiful. Yes, I would prefer to drive an Infiniti Sport Convertible, but in the end, it’s only a car.

It certainly doesn’t give me a sense of identity, purpose, or meaning in life. My best friend, Dennis, dropped out of high school in our junior year because he wanted a car. He wanted to be cool. He wanted to impress his girlfriend.

So he got a job and bought a beat up 1953 Chevrolet, and his girlfriend loved it. Back then, I guess we did think that owning a car made you cool. And clearly in Dennis’ case, it did.

His girlfriend, Nancy in fact married him. And guess what, they are still together. Now that is cool.