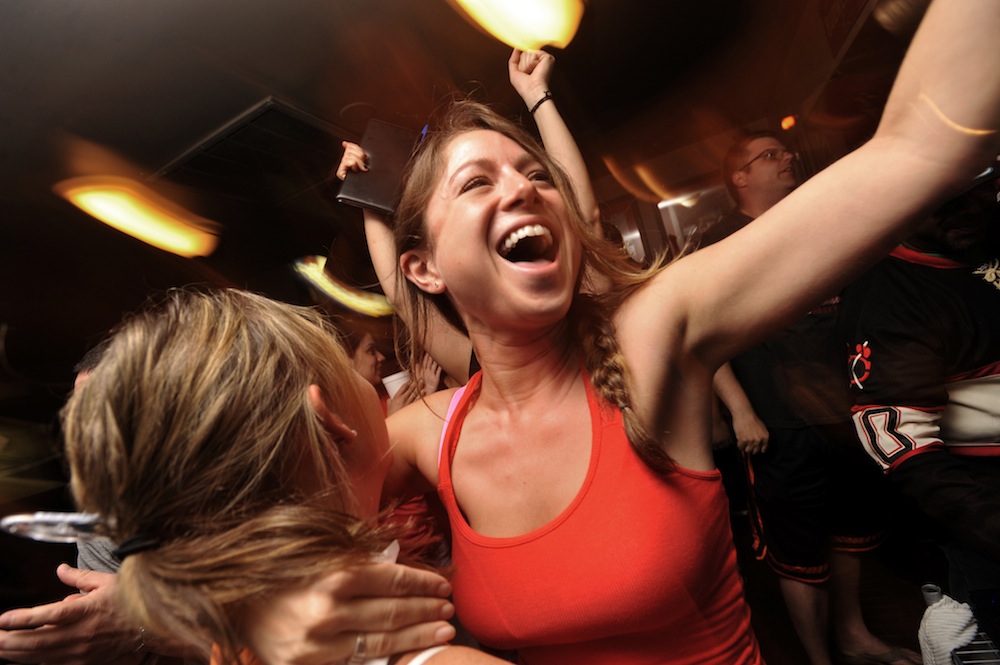 “I forgot how easy it is to be young here,” a friend said to me over the holiday weekend. He was in town visiting his mother, and he made the statement in assessment of a night out.
It’s true.
In Chicago, it is easy to find quality entertainment, cheap drinks, delicious food, and relatively affordable living and transportation options, especially compared to other cities.
His comments reminded me of another from last year. A friend visited the city to see whether or not she wanted to move here. In the end, she chose New York. In terms of her career, it made sense. But did Chicago not provide enough of a challenge? Does it matter if Chicago is “easy” compared to other cities?
Well, for one, who said that Chicago is easy?
Earlier this summer, another friend said, “Everyone’s just dying,” when explaining one of his reasons for wanting to move out of the city. Despite the frequent reports of violence in the city, it is easy to forget that the ease and accessibility of the city do not exist for a large segment of the city’s population. Many of the amenities and much of the entertairnment people enjoy in the city tends to cater to one specific population.
Despite Chicago’s conflicting narrative, many organizations do find the city worthy of praise. Chicago was ranked as the 6th most “youthful” city (out of 25 large urban global cities) as part of the 2014 YouthfulCities Index, created as “the first index to rank cities from a youth perspective.”
For their index, the top five largest cities were chosen from five regions: Africa, Asia, English-speaking North America, Europe and Latin America. Youth was defined as 15-29 years old, and categories included public space, transportation and affordability and employment and fashion, among others.
Their rankings were based on 10 months of research with more than 75 people, “contributing to 16 categories, 80 Global Indicators, and 2000 data points.”
What does all of that mean?
Well, for many young people, especially those fresh out of college, Chicago provides an ideal environment to thrive. We have many youth-friendly neighborhoods, bars, music venues, cheap restaurants, and affordable housing. But is any of this sustainable?
According to YouthfulCities, “50 per cent of the world's population is under 30 years of age and 50 per cent of the world's population now live in cities.” What happens when that population ages? In Chicago, growing out of the “youthful” phase does not always offer the accessibility and ease that can be found when young.
According to the Index, Chicago ranks 2nd in public space, sports, and gaming. Our thankful abundance of public parks, beautiful waterfront, and loveable sports teams speaks to this easily. A middle-class lifestyle as a young 20-something is an ideal situation in Chicago.
However, a middle-class lifestyle while trying to raise young children presents new hurdles. In the Index, Chicago ranked 21st overall in environmental sustainability. And while the Index claimed we were ranked 6th in the “Economic Status Sub Index” (comprised of indicators such as minimum wage, housing, and student housing), it does not speak to the sustainability and viability of these numbers in the long run.
Thirty-five is not as easy as 25. And with greater adulthood comes greater concerns.
Where are the quality, affordable, and accessible education options for all children? Where are the numerous housing options in safe neighborhoods? Where are the jobs that provide more than just the minimum wage?
According to the Index, Chicago ranks 16th in “Civic Participation,” a number that is not terrible, but is not worthy of praise. Only one American city – New York City – ranks within the Top 10. For Chicago to sustain itself as a city beyond “youth” it must grow into a place that is livable for all. And it is the people living within it (especially the youth who find it so charming and easy right now) who must take greater steps to secure its future.
Britt Julious blogs about culture in and outside of Chicago. Follow her essays for WBEZ's Tumblr here and on Twitter @britticisms.