The Arlington Heights Elementary District School 25 Board decided to eliminate home economics from its curriculum last year in favor of a more science, technology, engineering and math-based curriculum, or STEM.

Reporter Karen Ann Cullotta covered the decision for the Chicago Tribune and described it as a contentious one.

“School board meetings these days for the most part, unless there’s something really radical going on, are not very well attended,” Cullotta said Wednesday on Morning Shift. “It was packed. There were probably a couple hundred parents and their kids that showed up.”

Cullotta said those who defended the home economics curriculum — better known now as family and consumer sciences, or FCS — were also not against their children learning to code or develop computer science algorithms.

“Obviously everyone thinks that’s important,” she said. “But they were very concerned because their kids are already on screens so much and they felt like these classes were that only opportunity for the kids to be in real time — maybe learning how to prepare a healthy breakfast or learning to have the skills to sew a button on or whatnot.”

Enrollment in home economics programs has also declined nationally, according to a survey conducted during the 2010-2012 academic years.

To discuss why districts are eliminating home economics — and why these types of courses are still important — Morning Shift host Tony Sarabia spoke with Cullotta and Greg Johnson, the assistant superintendent of curriculum and instruction at Oak Park and River Forest High School, as well as Dr. Carol R. Werhan, the director at large of The American Association of Family &Consumer Sciences.

On the current academic trend away from home economics

Dr. Carol R. Werham: I think the current trend is that we are giving students more of those math and science courses, sometimes at the exclusion of other courses that could make them a more successful adult and employee in the future.

The term “adulting” has been a new catchphrase lately that’s been seen in social media. You may have a kid who can be successful academically as a chemical engineer but can he take care of himself? And can he get along with other people? And does he know how to manage the check that he will be receiving?

Family and consumer sciences has always had these foundational courses that teach secondary students how to manage in the world, whether it’s nutrition, personal finance, child development, family relations. And then we also have those that are career-pathway driven: “I would like to be a chef. I would like to own my restaurant. I would like to be a preschool teacher and I may take in-depth courses that may also get me college credit in those particular areas.”

But yes, there is a group that feels like those courses are not as necessary and I would argue that, in today’s world, perhaps it’s even more necessary than in the ’40s and ’50s. 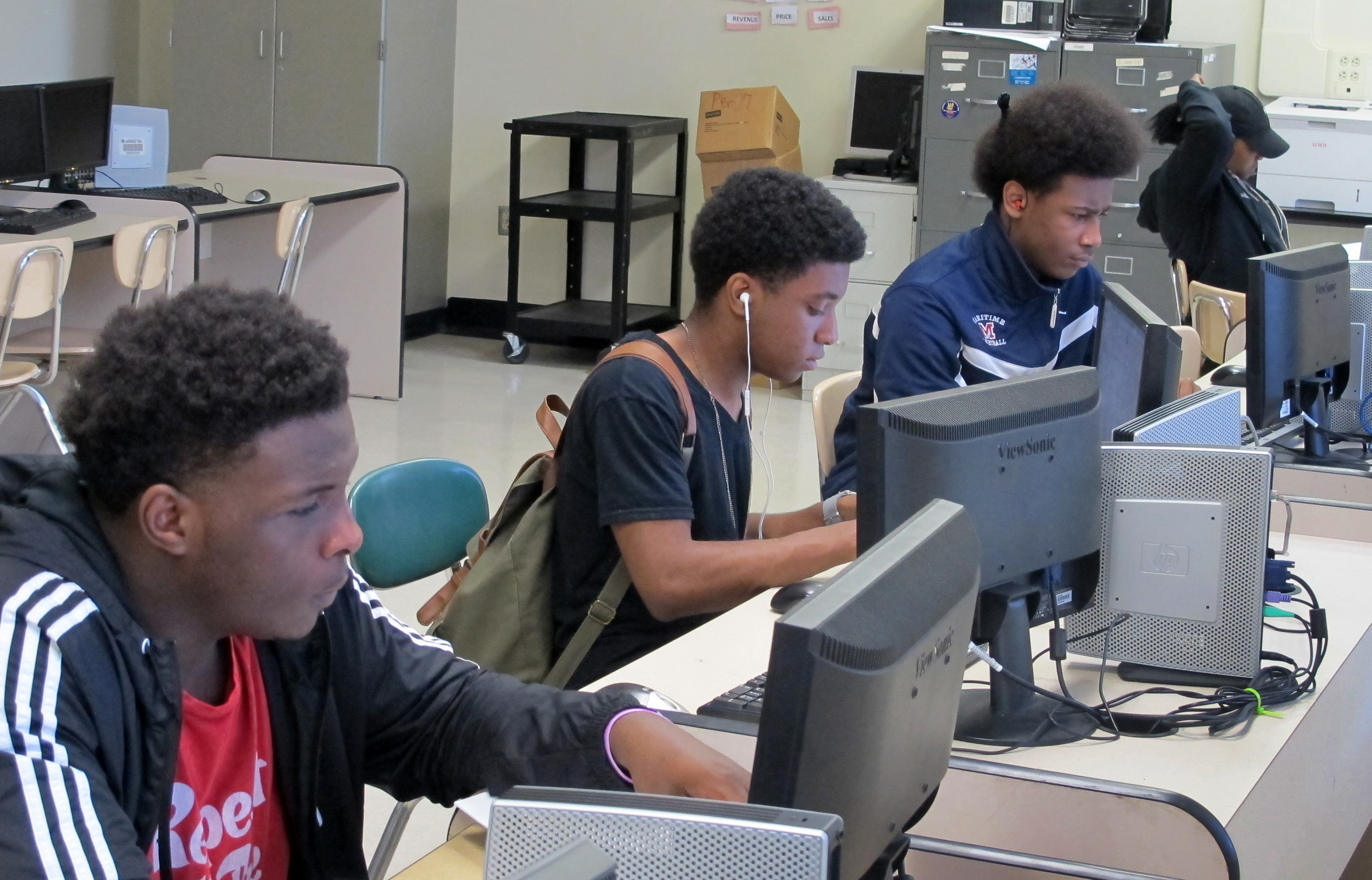 Greg Johnson: When you start mapping out what their four years [in high school] are going to look like, you realize there isn’t a whole lot of space out there for students to take all the electives that they want to take. And so choices have to be made. There’s no way around that.

Johnson: I was talking to the teachers yesterday about a food truck competition that they developed in partnership with their entrepreneurship classes where students from the two different courses got together, came up with an idea, came up with a marketing plan for a food truck, they developed their menu, they worked with local professionals to get an idea for how this actually might play out in the real world, and they actually got it up cooking and sampling food themselves before they pitched it in front of a panel of teachers here at the school.

Karen Ann Cullotta: I think they were really pained about this decision. I think that they very much felt that their program was a strong program, it was a popular program, but it was really a matter of there’s only so many hours in a school day. And they felt that they would better-serve their students to have a STEM curriculum in place instead of the cooking, sewing, so-forth.

This interview has been edited for clarity and brevity. Click the “play” button to hear the entire segment, which was produced by Tony Sarabia. Web story written by Justin Bull.