Valerie Jarrett is one of Barack and Michelle Obama’s closest confidantes. She’s sticking close by their side, as she’s expected to play a key role at the Obama Foundation.

She also has a long history in Chicago politics. Before serving as a senior adviser for President Obama, Jarrett served as chairwoman of the Chicago Transit Board, commissioner of the Chicago Department of Planning and Development and deputy chief of staff for Mayor Richard M. Daley.

Jarrett stopped by WBEZ to talk with Morning Shift host Tony Sarabia about her life during the Obama administration, what to expect from the Obama Presidential Center, what she has in store for the future and more.

Valerie Jarrett: What I often used to say when I worked in local government is, “The one place I never, ever want to work is the federal government.” And the reason why is that we felt so frustrated that they were disconnected from the challenges and opportunities that we faced everyday. So we were trying to fit the needs of the people of Chicago into these seemingly arbitrary programs and cobble them together. And our thought was, “Well, shouldn’t the federal government be listening to us at the local level and tailoring their programs to meet our needs?”

So that experience on the ground, I think, was invaluable because all of my responsibilities in the White House -- whether overseeing the Office of Intergovernmental Affairs that works with the nation’s mayors and governors and all the elected officials who aren’t members of Congress, or the Office of Public Engagement, and certainly the White House Council of Women and Girls -- was to ensure that we never lost sight of the people we were there to serve. That their wishes and dreams and priorities would become ours.

On Republican opposition during Obama’s presidency

Jarrett: I think the headbutting began with a very calculated decision that was made to just say no and to be obstructionist. If they could stop this sense of change and hope in Washington, well then maybe that would prevent the president from being re-elected. And we kept thinking that at some point, the fever’s going to break. At some point, they’re going to realize that the American people want solutions to their problems. They want their elected representatives to work together. They don’t support this obstructionism.

And when the president was re-elected, we thought, “OK, well now maybe they’ll finally decide to get on board.” And then after the second midterm (elections), when they controlled both the House and the Senate, we said, “OK, now they’re in the driver’s seat. Hopefully they’re going to come together and work with the executive branch.” And they never did. It’s very frustrating. 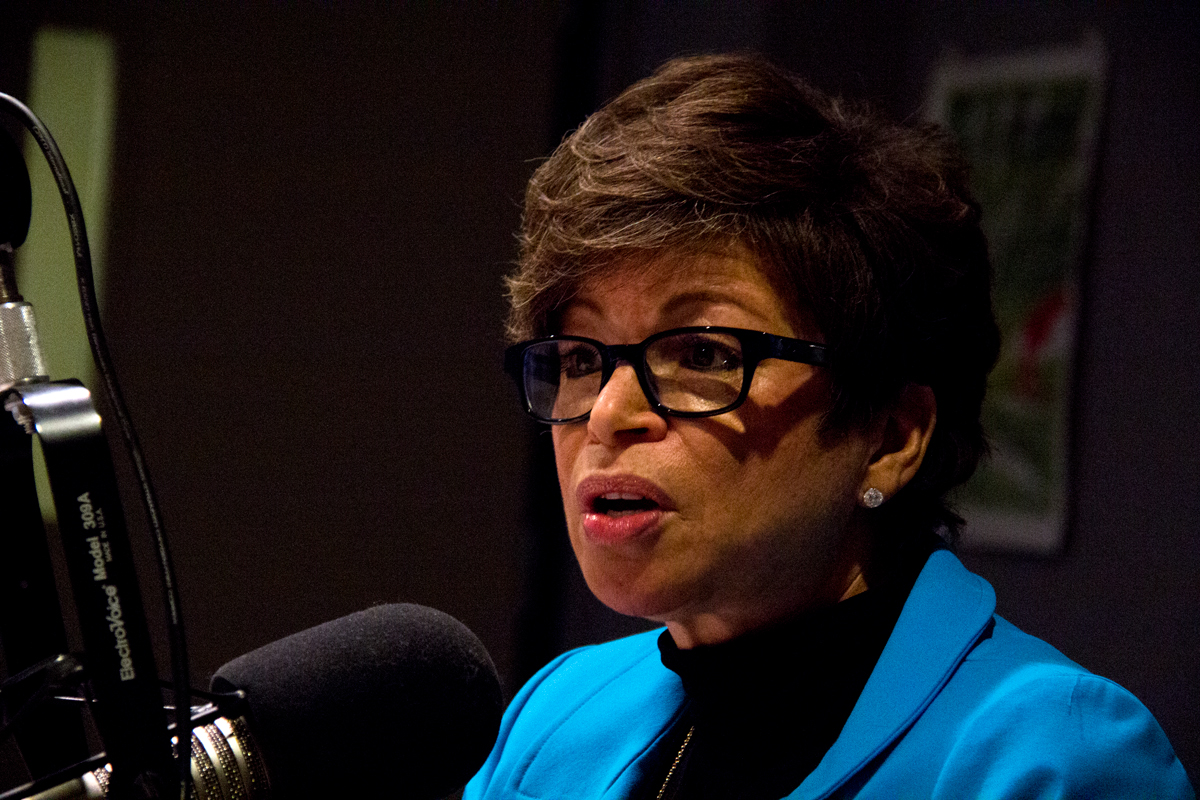 On Obama’s attempts to reach out to Republicans

Jarrett: They made up their minds that to be even seen engaging with us was not in their political interest. And so (Obama) would call them on the phone. He would have meetings and we wouldn’t read it out because he was afraid that if we read it out, then the Republicans would feel as though they could come and talk to us. And so he engaged a great deal.

It is wrong to think that smoozy and being cozy with them was going to change their political calculus. They didn’t want to engage with him. You couldn’t entice them to come to the White House. There were times where even if they showed up, they wouldn’t go through a photo line with the president because they didn’t want a photo of him taken. Or we would invite them to state dinners where you have a chance to represent our country to the world, and they would turn down invitations to a state dinner. Who does that?

Jarrett: It’s a tough one. And fortunately, I’m out of the business of giving advice to elected officials. But I certainly understand their frustration that, in a sense, this position was stolen from President Obama. On the other hand, I also think that we’ve got to figure out ways of working together. So separating the substance from the form -- and those that have substantive reasons for opposing the president’s nominee, well then, they’re exercising their responsibility for advise and consent -- but I fully appreciate their frustration to have seen a very qualified person be denied even a hearing before their peers on the judiciary committee.

On what to expect from the Obama Presidential Center

Jarrett: I think what captures President Obama and Mrs. Obama’s real interest is where do we go from here. How do you create a platform for civic engagement to solve some of the big problems that remain? It’s everything from his work on My Brother’s Keeper, to ensure that we’re helping young boys and men of color have an opportunity, to climate change.

There are a whole range of issues that he cares passionately about, as does Mrs. Obama, and this center gives them really an opportunity … to engage people globally to solve the big problems. They’re both still very young and they both have this passion to serve that they expressed to me at that first dinner 26 years ago, and this center will give them an opportunity to fill that desire.

On whether she will run for public office

Jarrett: You know, I’ll tell you that at this stage of my life, I feel like I owe myself a break. And when I say a break, I mean just to catch my breath. I think I’m probably as busy as ever but without the pressure.

I want to spend the next period of time on the speaking circuit. … I want to encourage the next generation to get engaged. Forty-three percent of Americans didn’t vote in the last election, and I think our primary responsibility as citizens is to engage and vote, but that doesn’t stop there. I want people to feel that they can make a difference. That a career -- even if it isn’t your entire career because I’ve spent half my career in the public and half in the private -- but to give back to your community should be in everyone’s DNA. And so part of what I want to do is try to excite that.

This interview has been edited for brevity and clarity. Click the 'play' button to listen to the entire interview.