Rudolph the red-nosed reindeer has been a household name for decades. Yet, in 1939, the colorful creature was just an idea in the brain of a copywriter at Chicago’s Montgomery Ward department store who was charged with designing the company’s annual Christmas coloring book. Montgomery Ward printed millions of copies of the book that year and Rudolph quickly became as iconic as Santa Claus.

For the latest installment in our series What’s That Building, Morning Shift talks to Dennis Rodkin of Crain’s Chicago about the buildings where copywriter Robert May created Rudolph and his red nose. 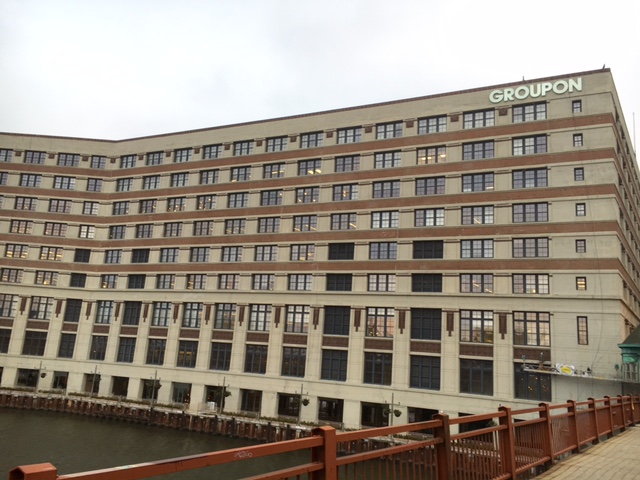 In the 1930s, Montgomery Ward gave away coloring books at Christmas, and in the spring of 1939, an executive asked 34-year-old copywriter Robert May if he had ideas for a better Christmas promotion for that year.

A week later, May presented the first draft of a poem in rhymed couplets about a little reindeer who's been bullied for his bright red nose but gets recruited by Santa to lead the sleigh on a foggy Christmas Eve. He did most of the writing at his home at 2734 N. Mildred Avenue.

Montgomery Ward put out 2.4 million promotional copies of the 32-page book that Christmas and it was a wild success, and the character of Rudolph only grew in popularity over the years.

In posters that the Chicago headquarters sent out to its stores nationwide, the Rudolph story was described as "the rollinckingest, rip-roaringest, riot-provokingest, Christmas give-away your town has ever seen!”

The song, which was based on the book, came out in 1949, ten years after the original coloring book. It was written by May’s brother-in-law Johnny Marks.