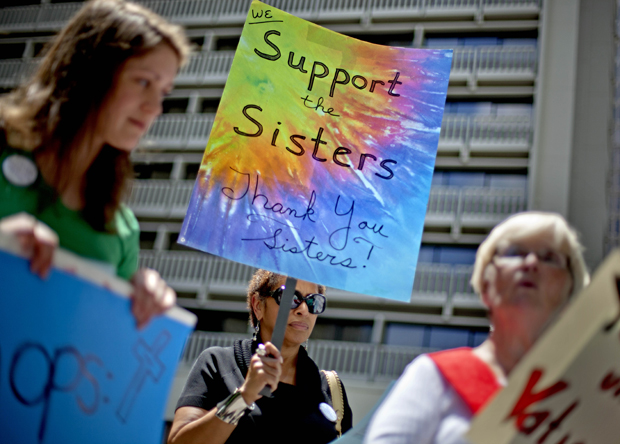 Even if you are a true believer and a card carrying member of the Catholic Church, you’ve got to be troubled by how the Vatican is responding to the needs and demands of their most dedicated followers – American nuns. The Leadership Conference of Women Religious, which represents about 80 percent of women’s Catholic religious orders in the United States, was severely criticized by the Vatican this spring for their lack of “doctrinal commitment and loyalty to the church.” The Vatican is asking, actually demanding, that the nuns unquestionably obey the Church. By not obeying, said one Cardinal, these supposed religious women, bound by their pledge of obedience are “misrepresenting who they are, and who they ought to be.”

The nuns do not see the issue as one of disobedience or outright heresy. The nuns claim that they are loyal. They do not want to exit or leave the Church. They just want to address some policy issues with the CEO – the Pope – and the Board of Directors – the College and Cardinals. They claim that Vatican II was supposed to “open the windows” of the Church to the world. Vatican II encouraged dialogue and debate rather than simple fiat and draconian rules. The nuns just want a place at the table in order to discuss some of the critical issues facing the Church:  the ordination of women; gay marriage; birth control; abortion; and, world peace. As one nun told the New York Times last week, “We took vows, but our obedience isn’t blind!”

As far as I’m concerned, this entire debate is as much about HR and management theory as it is about theology. In America today, Catholic parishes are lucky if they have one full-time priest. The nuns are the new managers of American Catholicism. They act as treasurers and business managers. They’re school principals and teachers. They’re hospital administrators, nurses, and doctors. They’re university presidents and faculty members. They run NGOs and practice law in support of the poor and disenfranchised. And, they make house calls as chaplains because there aren’t enough priests! Simply put, nuns are the “worker bees” of “Corporate Church,” but they have very few rights and very little voice in the operation of the organization.

Management guru Peter Drucker has suggested that smart organizations listen to the people that provide their product or service, i.e. their workers. Why? Because workers have a much more “hands-on” or intimate view of what’s going on than the guys in the “Corporate Suite” or the “Vatican Apartments.” For Drucker, listening to workers is an organizational benefit – and not a liability.

The simple truth is that in our electronically connected 21st century, no modern business corporation would ever consider publicly stating to its workforce: “Do this! And, don’t you dare to ask any questions about it!”

Al Gini is a Professor of Business Ethics and Chair of the Management Department in the Quinlan School of the Business at Loyola University Chicago.