Remember Florida Congressman David Rivera, Sen. Marco Rubio's honest-to-God-no-hyperbole-best-friend? When I wrote about Rivera last month, several different law enforcement agencies were looking at all sorts of allegations concerning what appears to be a shadow primary campaign that Rivera, a Republican, engineered against Joe Garcia, his Democratic rival in the November election. 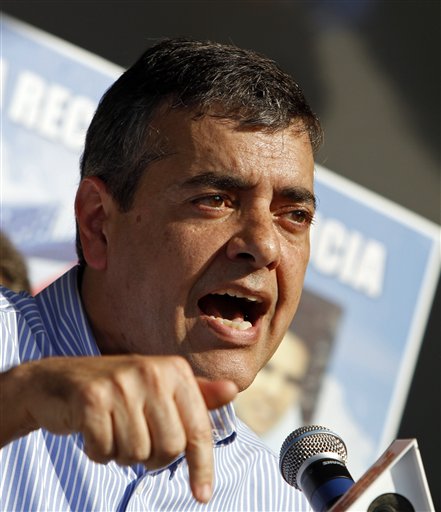 Since then — and I'm not making this up — the shadow candidate's campaign manager, a woman whom Rivera claimed to not know but whose Facebook page was plastered with pictures of the two of them, has vanished.

Ana Alliegro, who ran shadow candidate Justin Sternad's failed campaign, dropped from sight June 5 after her computer was seized by the FBI. She disappeared on the way to meet investigators after her lawyer engineered a private meeting, to save her from having to testify to a grand jury.

I know, I know: It sounds crazy. A key witness in the investigation of a congressman is holding out somewhere for God knows what.

We know she's holding out and not dead because she stays in touch with her family. The Miami Herald quotes Alliegro's mother as saying that she hasn't heard from her in two weeks. "I know she is resting. We are praying for her." (The family has not filed a missing persons report.)

Alliegro is alleged to have delivered envelopes stuffed full of cash — about $40,000 worth — for Sternad mailers attacking Garcia (one actually blamed him for the BP oil spill). The investigation concerns whether Rivera was funneling that cash illegally.

It now turns out that Alliegro left behind at least four of the envelopes in which the cash was delivered; the FBI is checking them for fingerprints and handwriting comparison.

In the meantime, Rubio — who hosted a fundraiser in May for Rivera — has stepped back a bit.

Rubio isn't the only keeping his distance. Mitt Romney ordered a Rivera-free zone during his interview with Univisión at the University of Miami campus last week. Rivera was the only Florida Republican elected official not invited to the studio — even though he has been one of Romney's biggest boosters in South Florida.

The Democratic Campaign Congressional Committee is spending more than $1 million to help Garcia get on the air; the GOP equivalent has plans to hep Rivera with exactly nada.

Still, you have to admire Rivera's resilience. Even after all these shenanigans, and in spite of the fact that Rivera was already under a cloud of suspicion when this campaign began, he still maintains a six-point lead over Garcia in the most recent polls.