A young figure skater from the Chicago suburbs is headed to the Winter Olympics in South Korea. Twenty-year-old Bradie Tennell earned a spot on the Olympic team in January after a first place finish at the U.S. figure skating championships.

Tennell made the team after coming back from serious injuries. Just a few months ago, she wasn't considered a lock for the 2018 games. That changed after she won bronze this fall at a top international competition followed by gold at the national championship on Jan. 5.

She lives in northwest suburban Carpentersville with her mother and her two younger brothers.

Tennell spoke with WBEZ’s Melba Lara from the Twin Rinks Ice Pavilion in Buffalo Grove, where she has trained for a decade. She leaves for the Games on Monday, Feb. 5.

Melba Lara:  What was the moment like when you got word that you’d be going to the Olympics?

Bradie Tennell: It was crazy. It was a dream come true. We were actually notified by text message. I got the text, and I looked down at my phone and I was like, ‘oh my gosh.’ I was surrounded by all these really important people, so I couldn't scream or anything.

Lara: I think a lot of people would be surprised to hear that this kind of news comes via text message.

Tennell: Yeah! Every time I tell somebody that, they’re like, “Really? That’s how you’re notified?”

Lara: Unlike many elite athletes who leave home to train, you’ve stayed with the same coach and the same rink for 10 years in Buffalo Grove. Why did you make the choice to stay with your coach, Denise Myers, and train near your hometown?

Tennell: It’s an easy decision for me. I really enjoy it here. We're like a family, and all my friends are here. And I like to live by the philosophy: if it's not broken, don't fix it. What I've been doing is working. I didn't see the point in moving my entire life across the country.

Lara: I understand that you and your brothers were homeschooled by your mother right at the ice rink, spending days from 6:30 a.m. to 2:30 p.m. there. Tell us about that and how that structure made a difference for you.

Tennell: It was kind of like going to regular school, but instead of going to school, it's going to the rink. It provided a good daily routine that we all got used to. It was just what we did.

Lara: So you leave for the Games on Monday. What are you looking forward to and tell us if there's anything that makes you a little nervous? 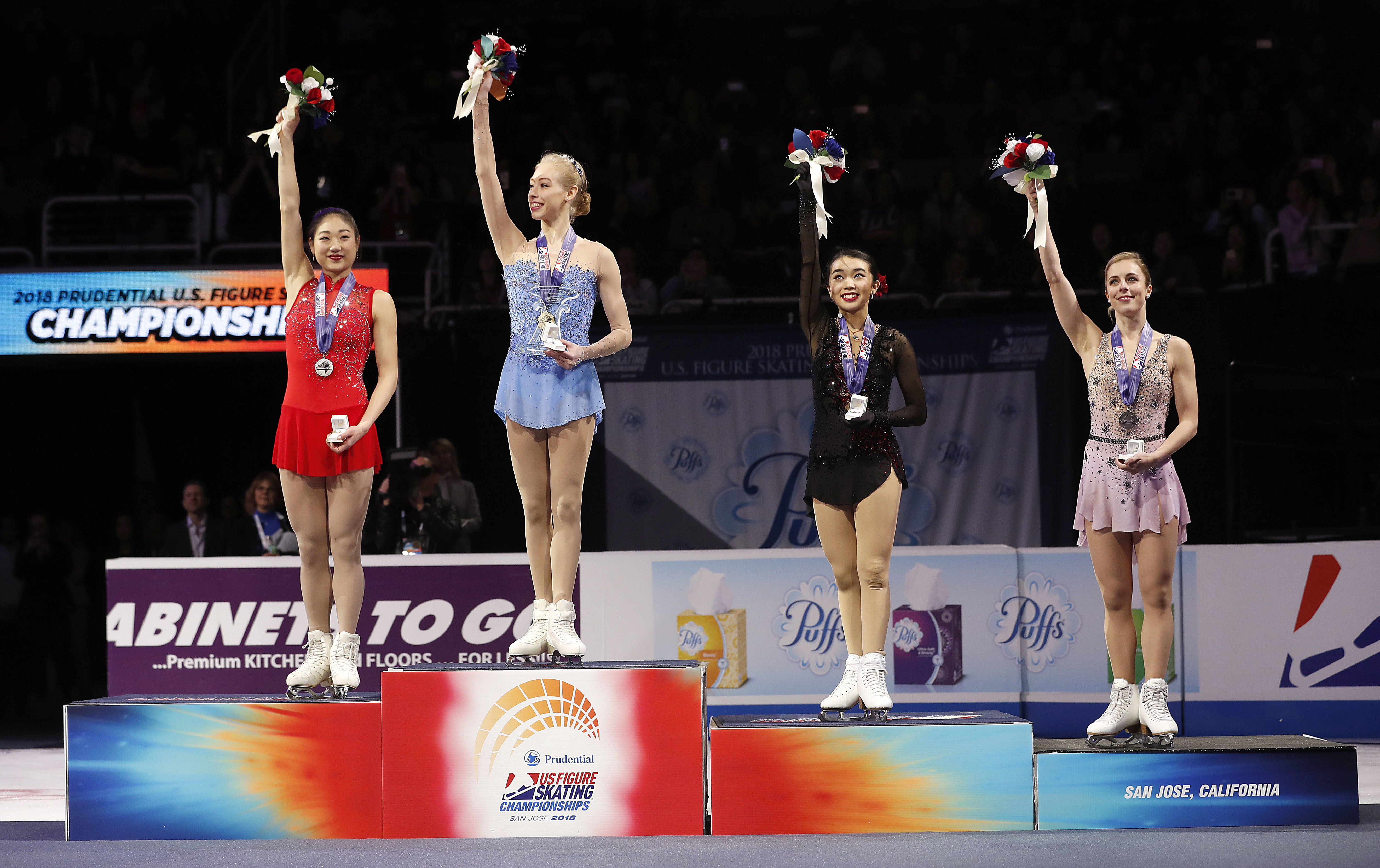 Lara: Would you tell us a little bit about what you feel are some of your strengths? What are the things that you feel you're really going to be able to nail at the Olympics?

Tennell: Hopefully, I nail everything, right?  But I really I have a lot of faith in my consistency. I'm a very consistent skater, so I think that's probably my biggest strength.

Lara: You're really known, too, for your composure and your grace under pressure. The Washington Post described you like this: “Bradie Tennell doesn't fall. She doesn't slip. She doesn't skid. She never trips in competition.” How do you do that?

Tennell: Practice. My coach always told me: “You're going to compete how you practice, so practice.” That's kind of what I've lived by.

Lara: Who do you think's going to be your toughest competition?

Tennell: I like to say my toughest competition is myself, because every time I go out on the ice I want to be better than I was before.

Lara: People say that it must take a real love of skating to stick with it and make it to this level. It’s eight hours of practice day after day after day. Tell us what you love about skating.

Tennell: I love everything about skating, down to the way the ice looks when it's freshly made. There’s just a crispness in the air. I love the feeling of the cold wind on your cheeks when you're just getting warmed up. I love jumping. I just love it all. I love the sport.

This interview has been edited for brevity and clarity. Click the “play” button to hear an audio version.