In 2015, Jasmine, a black woman in her 20s, gave birth to a healthy full-term baby. Jasmine complained of severe leg pain during her hospital stay, but was discharged and told to return if the problem continued.

In the following week, she went to the emergency room twice complaining of the same pain. Both times, she was screened for drugs which she tested negative for.

Eighteen days after giving birth, Jasmine collapsed in her home and died of a pulmonary embolism, the result of an undetected blood clot that traveled to her lungs. She had not been fully screened for blood clotting issues. Her condition was misdiagnosed as back pain.

Jasmine’s case is one of several the Illinois Department of Public Health reviewed in its first-ever report on the maternal mortality rate in the state. The United States has the worst rate of maternal deaths of any developed country. Illinois’ report is part of a national effort to standardize how those deaths are reviewed and prevented.

“We can’t change maternal mortality unless people understand what’s driving the rates, and we have to understand what our baseline rate is,” said Shannon Lightner, deputy director of IDPH’s Office of Women’s Health and Family Services.

IDPH has had a maternal mortality review committee since 2000. It reviews all pregnancy related deaths, but the panel never aggregated those cases or looked at the overall mortality until this report.

Seventy-three women in Illinois died of some pregnancy-associated death in 2016.  That’s significant, Lightner said, because when a woman is pregnant, she’s seeing doctors more often and should be at her healthiest.

“So if you have a pre-existing health condition or if you develop a chronic disease or develop anything during a pregnancy, ideally, it should be caught because you’re interfacing with the health care system,” said Lightner. “It’s an ideal time to coordinate care. It’s the ideal time to connect you with a specialist.”

If health problems aren’t being caught and treated during or soon after pregnancy, that means there’s something wrong with our healthcare system, Lightner said.

“We can look at what’s going on with the health of reproductive health age women by looking at the deaths of women who die one year postpartum,” she said.

Dr. Robin Jones of Rush University Medical Center, who is on the state’s Maternal Mortality Review Committee, said unfortunately the racial disparity is nothing new, and it isn’t just a problem of access to health care for black women.

“Access is a factor, but it’s also from social determinants, health literacy, quality of education, employment. So we can’t negate those important factors,” she said. 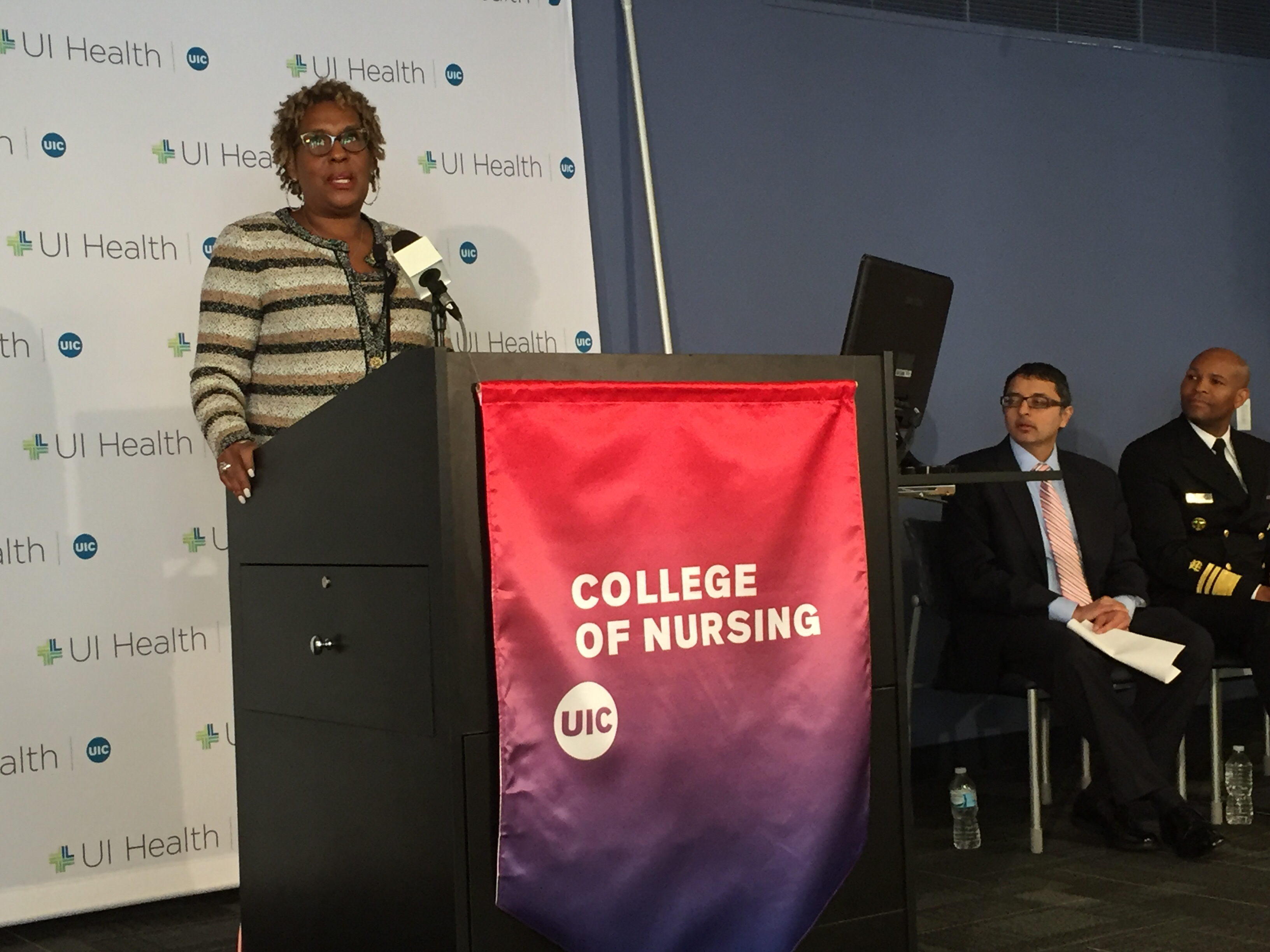 Jones said most of the deaths are preventable, but the providers don’t always understand the ancillary needs of a patient.

“What we need to focus on is understanding the cultural differences, understanding the language patterns,” Jones said. “[Providers] don’t understand that something as important as transportation and child care can cause a women to not seek or follow up with care.”

The report shows that white women are more likely than other racial groups to die of a drug overdose. But Jones said black women tend to be screened more often for drugs. According to Jones, that’s why it’s important for doctors to provide what she called care coordination.

The state’s report shows that most of the perinatal deaths happen between 43 days to a year after pregnancy. Jones said Medicaid coverage for maternal health ends 60 days after delivery.

The report recommends Illinois expand Medicaid eligibility for up to one year postpartum.

Susie An is a general assignment report for WBEZ. Follow her at @soosieon.